The architecture of Penrith Regional Gallery and The Lewers Bequest is a white-cube gallery combined with a former family home built in two different eras. This range of styles, periods and uses seems to be a particularly apt fit for The Housing Question. This expansive show by artists Helen Grace, Narelle Jubelin and Sherre DeLys examines the multiple public and private dimensions of housing.

The Housing Question has its origins in research undertaken by Grace and Jubelin across several decades and spanning different continents, with DeLys joining the pair to contribute a soundtrack and a sound piece. Stitching together the personal and the social, the show incorporates petit point embroidery, photography, sculpture, sound and video.

At the heart of The Housing Question is its titular video piece. The artists have filmed in two celebrated modernist homes, both built in the mid-1960s on opposite sides of the world: Harry and Penelope Seidler’s Killara home in Sydney and Casa Huarte, built in Madrid during Franco’s dictatorship.

Helen Grace explains, “At a certain point in the mid-20th century, individual houses were built as experimental spaces for materials testing that could then be upscaled in larger commercial and social or public housing. It was considered part of the state’s function to provide housing.”

With the reverse currently happening, as public housing in the more desirable parts of Sydney is sold off to private developers, this idea now seems positively utopian. Grace continues, “We’re looking back, wondering what changed, wondering why we can’t have that now in the face of housing unaffordability, homelessness, and the whole global movement of people: 60 or 70 million people are refugees today.”

In reflecting on housing from more than half a century ago, Grace says, “It’s not a question of reconstructing the past but re-energising the hopes of the past.

In the mid-1960s even fascist dictators built social housing. We can’t get social democratic government to do this today.”

Photography is both a component of the show and a departure point for one work. In Owner Builder of Modern  House, 2000-2001, Narelle Jubelin has translated photographs of her family home under construction during the 1960s into her signature petit point embroideries. These are exhibited in the same space as the original photographs, now projected. In contrast to these works drawn from a highly personal source, Jubelin’s bronze sculptures are cast from discarded packing materials littered about the globe.

Grace’s photographic series Living Arrangements 1949-2019, 1975-2019, is one of several by the artist in the show. Finished only a few weeks ago, it has taken decades to realise. “When beginning to take photographs, I never thought that in 40 years’ time it would be presented in this way,” Grace says. “There’s an aesthetics of the cumulative that both of us are interested in: the painstaking, low-level, hardly perceived processes of change, and practices of the everyday concerned with women’s work, which is invisible until you upscale it over time. It’s a little bit like the way big data works, you don’t see the pattern until you accumulate it. I’ve always said that it takes me about 30 years to know what I’ve got.” 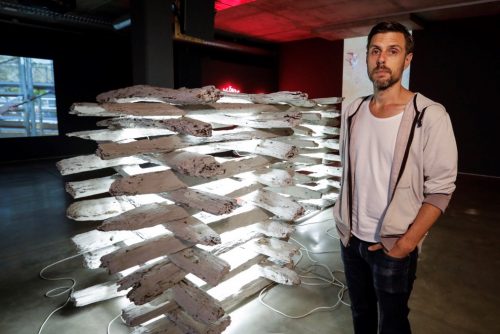 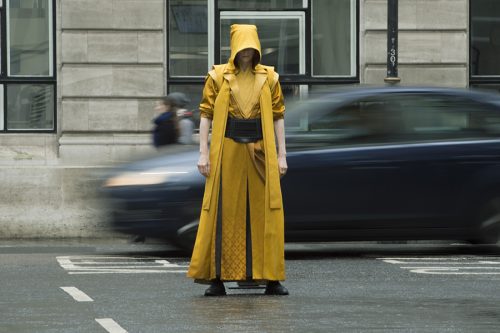 While Marvel satisfies the hunger for alternative universes, curator Amanda Slack-Smith at Queensland Art Gallery | Gallery of Modern Art has sought to create an exhibition that both enjoys and unpacks the Marvel experience.