Australian painter Arthur Boyd (1920–1999) was surrounded by an artistic family. His grandparents, Emma Minnie (née à Beckett) and Arthur Merric Boyd, were both painters associated with the influential Victorian Heidelberg School. Two of their five children also went on to become artists, including Arthur’s father (William) Merric Boyd, who was a significant force in the field of Australian studio ceramics. Arthur’s mother, Doris (née Gough), was a painter.

Yet according to curator Barry Pearce, a friend of the late artist, Boyd never felt pressured to follow in their footsteps. “To carry on that tradition was just something really natural to Arthur,” he says. “The creative phenomenon was part of his DNA, not something to struggle against.” In fact, all five of Doris and Merric’s children took up the family trade, and Arthur’s own three children also became artists. But Boyd, who represented Australia in the Venice Biennale in 1988 and was named Australian of the year in 1995, remains the most well-known.

From the age of 12, Boyd took to plein air painting. Pearce recalls, “When he was an adolescent he said – and he was very strong about it – he said, ‘I want to be a landscape painter.’” Some of Boyd’s very early landscapes are featured in the focused survey of his work that Pearce has curated, Landscape of the Soul. This touring exhibition was initiated by the Bundanon Trust, which manages the properties in the Shoalhaven region of New South Wales that Arthur and his wife Yvonne purchased between 1975 and 1979, then donated to the Australian government in 1993.

“It was my idea to take the idea of the landscape right back to his beginnings,” Pearce explains. “We see how it started as a 12-, 13-, 14-year-old traipsing around Mornington Peninsula with his palette and his box of paints on a little cart he made to attach to his bicycle. And it was a kind of innocent, bucolic period in his work. Pure landscape. No figures at all. And in a funny kind of way he finished up in Shoalhaven making much the same kind of paintings. It’s like he finished where he began.”

Landscape may be the theme of the exhibition, but it isn’t all sunny scenes.

Although Arthur was raised in a supportive religious household (as Pearce puts it, “They were Christian scientists and Fabian Socialists and they believed in the qualities of compassion, love and gentleness: all these good things about humanity”) that doesn’t mean that he didn’t see more than his fair share of the darker side of domestic life.

According to Pearce, Boyd’s father suffered from epilepsy and was a difficult man, and both of these factors took their toll on his family. After bearing her fifth child, Doris was advised not to have any more children. This was in 1926 when celibacy was the only way to guarantee that she wouldn’t conceive. Pearce recalls Boyd telling him that his mother put a padlock on her bedroom and that his father, after banging on the door in a fit of rage, would fall into an epileptic fit; thrashing on hands and knees, emitting strange guttural noises.

Arthur said that at six years of age, despite loving his father, he felt like he was looking at some other thing: some kind of beast within the man.

As he grew up, Boyd came to understand his father’s condition better. He read Dostoevsky, who was also epileptic, and that helped. But, as Pearce says: “It wasn’t enough, it was in his bloodstream. He couldn’t get rid of it from his psyche. And if you look at a lot of his paintings, the dark paintings, you can feel its presence: it’s like a persistent nightmare. And then if he’s lucky, he can break through that and you get some absolutely beautiful, ecstatic, pure landscapes.”

Boyd didn’t believe in turning away from horror, whether it be domestic or on the world stage. His work was driven by his conviction that the only way to deal with things that disturb you, both personal and political, is to face them head on. Pearce remembers, “He had this beautiful way of putting it, ‘You un-see them, you inoculate yourself.’ So in a funny way his paintings were a way of inoculating himself from the troubled world that he saw.” This is seen most clearly in the Landscape of the Soul, Pearce says, in Boyd’s Nebuchadnezzar paintings in which a crouching figure mimics the tortured poses the artist saw his father endure during his fits.

As Pearce points out, in Boyd’s life as well as in his work, the dark and the light belong to each other. “And I think you will get a bit of that as you go through the exhibition,” he says, “even though it is landscape, there is a journey of dark and light: there is inner psychological landscape as well as the pure landscape of topography.”

This article appears in the March/April 2019 print edition of Art Guide Australia. 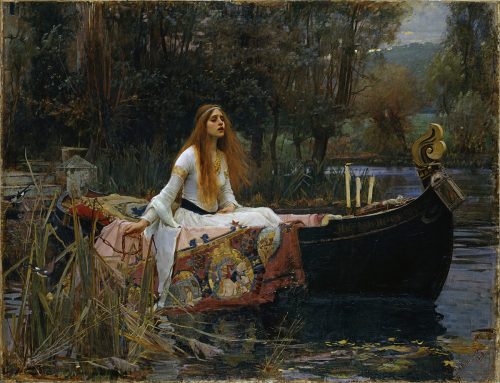 A Centre for Everything is a socially-engaged creative project operating at the intersection of art, learning, food, play, and activism.