After traversing England, Scotland, Germany, Canada, Shanghai, the Philippines and an array of Australian towns, modernist painter Ian Fairweather eventually settled on Queensland’s Bribie Island in 1953. Living in a self-made hut, Fairweather spent the final 20 years of his life on the island, painting his most crucial works. To recognise the influence of geography and memory in Fairweather’s work, Rockhampton Art Gallery has gathered together a collection of the artist’s paintings for the exhibition Finding Fairweather.

Scottish-born but later claimed as an Australian artist, Fairweather created abstract works which clearly contrast with more figurative modernist paintings.  Exhibition curator Thomas Degotardi acknowledges this divide saying, “Someone can look at one of our Sidney Nolan paintings and can easily understand the work because it has become part of the Australian psyche, whereas most of Fairweather’s work is purely abstract.” Because of his distinct and somewhat cubist style, Degotardi sees Fairweather’s paintings as “removed from popular consciousness.”

Known as both a hermit and wanderer, much of the popular discourse surrounding Fairweather stems from his infamous raft trip.

In 1952 Fairweather built a ramshackle raft from post-war materials he found on a Darwin beach. The artist then spent 16 days sailing in the raft from Darwin to Timor. Adventures such as these, combined with Fairweather’s reclusiveness, have endowed the artist with an almost mythical persona.

While Degotardi acknowledges Fairweather’s boldness, the curator also sees him as an “intensely personal artist” whose paintings serve as “reflections of memories.” These memories span everything from Fairweather’s service in WWI to his travels through Asia and Oceania. Such personal and geographic influences can be seen in Fairweather’s paintings, particularly through the artist’s combination of European pictorial traditions with Chinese calligraphy. For these reasons Degotardi sees Fairweather as an “outsider.” As Degotardi explains, “His place in Australian modernism comes as a person who’s entered Australia with an incredibly personal vision of painting, which ultimately influenced other artists.”

With works drawn from private collections across Australia, the ultimate aim of Finding Fairweather is to engage Rockhampton locals with less typical strands of Australian modernism. By focusing on Fairweather as a paradoxically well-travelled yet very isolated artist, Degotardi hopes the exhibition will prompt viewers “to understand where Ian Fairweather stands in Australian art” and “to try and locate the artist within his own life.”

The idea for Finding Fairweather began when Rockhampton Art Gallery launched a fundraising campaign to purchase Fairweather’s Painting II, 1960. After two years of fundraising, the painting eventually became part of the gallery’s collection. 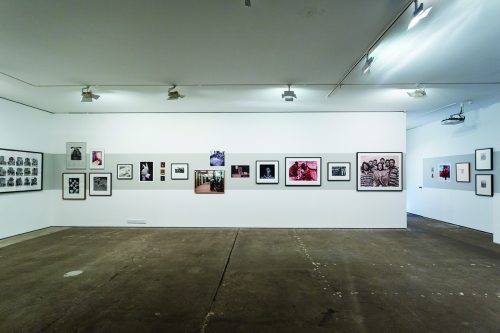 In An unorthodox flow of images at the Centre for Contemporary Photography, the arrangement of the exhibition mirrored the title. 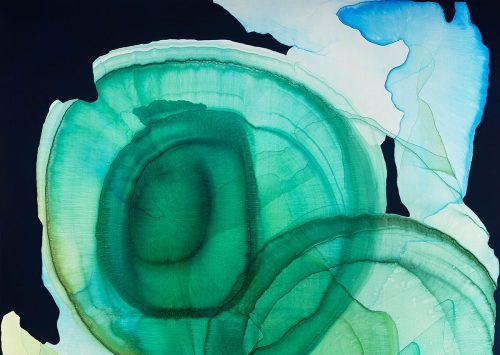 Colour is an ongoing preoccupation for Lara Merrett, and the paintings for Flip side are steeped in it.