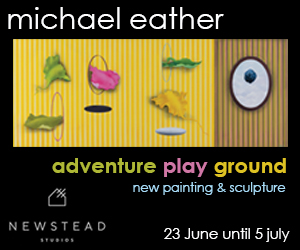 “I want people to be jolted into their bodies,” says curator Emily Cormack about the unnerving opening to the 2018 TarraWarra Biennial. It includes an imposing Rob McLeish sculpture and a 2004 video of Mike Parr vomiting milk, “quite loudly,” as Cormack puts it.

But From Will to Form is not an exhibition about the body. Instead, Cormack is exploring the art making process and the artist’s will. She wants to know where this will comes from; the body, the subterranean psyche, the land, or even family? She also wants to find out what happens to it, and the artist, as it moves into the form of an art object.

Cormack started thinking about these questions when she realised that there were no art historical tropes that explained what she often felt when she looked at art. “I had this sense that there was an activity or an essence within the art object that was reaching out to the world… It felt like it was this free, rebellious force that didn’t want to be pinned down or told how to behave,” she says. “So I began to think about what exactly this force was.”

Artists were eager to respond to her ideas and 19 of the 24 works in the biennial are commissioned new works. The exhibition is organised according to the various sources or types of will.

Cormack hopes that, as viewers move through the rooms, they will recognise “some of these forces in their own bodies and their own ways of being”.

Cormack makes the connection between Starlie Geikie’s work and the experience of pregnancy. For her commission, Geikie has made a wearable sculpture, Abri, 2018, that is documented in a series of photographs and also hung in the gallery. Cormack describes it as “body architecture,” noting how it protects as well as shapes and constrains.

Parr’s second work in the biennial also considers the body. In his commissioned performance he will work with six art students to whistle a single note for three days, sending it out and into the ears and bodies of listeners. This idea of sound as a conduit of will through the body is also explored by Bridie Lunney in her installation and performance work, All for Nothing, 2018.

Cormack says other artists draw from the land and family history, such as Dale Harding with his 40-metre wall drawing made using earth from his grandmother’s Bidjara country. The curator considers family legacies in another way by pairing works by father and daughter Michael Snape and Agatha Gothe-Snape, the first time they have exhibited together.

Fishing trap sculptures by artists from Erub Arts on Darley Island, off the Cape York Peninsula, are used to ask how will might be captured or diverted, however temporarily. And in the final stages of the exhibition, Cormack considers the act of release through the flung bronze sculptures of Lindy Lee.

Performances and talks will take place in the gallery during the opening weekend and on 20 October.

TarraWarra Biennial: From Will to Form
TarraWarra Museum of Art
3 August – 6 November