Australia at the Venice Biennale: A Century of Contemporary Art

Australia at the Venice Biennale: A Century of Contemporary Art

Since its inception in 1895, the Venice Biennale has become one of the most prestigious international art exhibitions in the world. And Australian artists have been showcased there, if somewhat sporadically, since almost the very beginning. When Kerry Gardner became Chair of Australia at the Venice Biennale in 2018 she couldn’t locate a comprehensive history of Australian participation in the event. She solved this problem by literally writing the missing book on the topic, Australia at the Venice Biennale: A Century of Contemporary Art. In the extract below, Charles Green sums up this history, with a focus on the decision to withdraw from Venice after 1958 and return two decades later.

All of Our Futures: Offering the World a View of Australia
by Charles Green

For more than 100 years, Australian artists have shown at the Venice Biennale, the international art world’s premier showcase of contemporary art and an atlas of the world in which Western Europe and the USA are central, and everywhere else more marginal. Offered the chance to contribute Australian art to the Biennale, the nation was perpetually faced with a choice: between the gamble of low visibility and the disaster of complete invisibility.

Each Venice Biennale features national exhibitions, or so-called national pavilions. These are managed or subcontracted out by the participating nations’ arts agencies, constituting a large part of each Biennale. The word ‘pavilion’ aptly describes the small, quaintly national, World Exposition–like buildings, managed by a select group of nations, that are scattered among the green, treed gardens of the Giardini, the most important of the Biennale’s two main sites.

The number of pavilions is not great—it is a short, circumscribed list, reading like a League of Nations rollcall from the 1920s, assembled according to an Italian perspective on the world. The list of pavilions includes most Central and Eastern European nations but excludes major players in contemporary art such as India, China and Turkey; gradually, in the course of the first decade of the twenty-first century, those nations were allocated exhibition spaces at the edges of the Biennale’s vast second site, the Arsenale, a cavernous complex of buildings that had once been shipyards and rope-making factories. Other, smaller nations such as New Zealand rent exhibition spaces in deconsecrated churches or minor palazzos across the city.

But Australia has a gorgeous, new pavilion, opened in 2015. From one direction—the axis of the Giardini along which Biennale flâneurs arrive at the great French, British and German pavilions—the Australian pavilion is hidden away behind several edifices. You slip past them and approach Australia down a gentle, treed slope. From the opposite direction, across the small canal where most Eastern European and Latin American nations have their slightly decrepit pavilions, the Denton Corker Marshall–designed building looks as uncompromisingly contemporary as it is possible to be in Venice. It stands confident and sleek—a black cube—the only public building approved and built anywhere in Venice in the twenty-first century, an extraordinary tribute to the architects and a loyal group of donors.

The heterogeneity of the national pavilions, whose contents escape the control of the Biennale’s artistic director, exists in tension with the two very large exhibitions, one at the so-called Central Pavilion in the Giardini and the other in the Arsenale a kilometre or so to the west, curated by the director. All these spaces—the director’s exhibitions and the national pavilions—are intensely scrutinised across the world, setting the curators and artists in national pavilions the not inconsiderable but also incompatible tasks that good invitees to any select gathering must negotiate: attention-getting while managing to fit seamlessly in as if they always belong.

What does this mean? In the mid to late 1950s, Australia sent locally established painters to the Venice Biennale. But Sidney Nolan, Russell Drysdale, William Dobell, Albert Tucker, Arthur Boyd and the long-dead Arthur Streeton were never going to make much impact as our national exemplars, even though all of them lived for extended periods in Europe, expatriates who managed to be a tiny part of the conservative British art establishment. That London art world was a parochial scene whose painters were of little lasting importance in the larger scheme of avant-garde innovation, competing narratives of which dominated North America and Europe from the 1950s onwards.

In the face of this, in 1958, the Menzies federal government chose a selection of Arthur Streeton’s late nineteenth-century landscapes and Arthur Boyd’s eerily similar, early 1950s Wimmera landscapes to represent Australia at the Venice Biennale. That year, Mark Rothko’s sombre, rigorously abstract paintings and Mark Tobey’s calligraphic evocations of the blank transcendental represented the USA. Prime Minister Menzies and his art advisors had made a deeply conservative choice in conscious and deliberate defiance of the Venice organisers’ desire for contemporary art, which had been repeatedly and firmly relayed to Australia via Melbourne art dealer Georges Mora.

The response to the long-dead Streeton’s old-fashioned paintings was so disdainful, historian Sarah Scott recounts, that the Australian advisory committee, a group of cultural apparatchiks who had been on the Commonwealth Art Advisory Board for decades, decided that Australia should withdraw from participation in future Venice Biennales. They reasoned, says Scott, that if Australia represented itself as contemporary it would be indistinguishable from anywhere else.1 Streeton’s Golden Summer, Eaglemont, 1889, looked completely anachronistic and so, with his most conservative works—the Wimmera landscapes—was the other artist, Melbourne local hero Arthur Boyd.

But why should this have mattered? What was wrong with provincialism, if its citizens believed that homegrown quality mattered? Conservative critics often assert that provincial art is unfairly excluded from national and international artistic forums such as the Venice Biennales. Their argument rests on forgetting the simple fact that populist conservatism has been the enduring, hegemonic force dominating most of Australia’s institutional art history and patronage. This domination was only barely beginning to fade in 1958. Episodes when a conservative vision of art had not ruled state galleries had been relatively few and short, but the perennial populist problem remained for our Venice selectors: how to find younger, conservative artistic heroes of any serious artistic quality at all except through fierce acts of self-abnegating myopia. For definite reasons, those artists were very hard to locate.

Inversely, the reason that a subsequent conservative Australian government chose to reverse Menzies’ decision—Australia exhibited again at Venice in 1978—was that we recognised that something more real than homespun pride was at stake in the way a small nation-state presents itself to the world.

Only when Australia presented itself as contemporary, progressive and open to change—much as Cold War America had projected itself through the Museum of Modern Art’s International Program in exhibitions such as Two Decades of American Painting, which toured to Melbourne and Sydney in 1967—was the nation able to participate in the new international networks of biennials, triennials and documentas that were then beginning to appear around the world in significant quantities with their governments’ and cities’ eager backing: the Biennale of Sydney, for example, was founded in 1973.

But when Australia withdrew from Venice after 1958, it had decided not to engage in these cultural gatherings alongside wealthy, influential nations such as the USA or comparable nations across the global South. This is precisely what the determinedly provincial Menzies had decided. Artistic and political populists were assuming that it did not matter how other nations thought of Australia (except, perhaps, the so-called mother country), and that there would be no negative consequences if the nation was seen as a place of provincial, homegrown pastoralists. But producers of raw materials were to become marginal and vulnerable in the world economy of the 1970s, and provincials are ultimately always ignored or mocked by big city elites. Cultural and political provincialism really risks exclusion.

By the time that Australia returned to Venice in 1978, Australian art had long become completely contemporaneous with American and European art and would remain so, with art just as innovative and significant as anywhere else. When Australia reappeared that year, it was represented by three immensely cosmopolitan, mid-career, white, male artists who refused to participate in the older tradition of Australian landscape painting of 1958. The idiosyncratic worldliness of each artist was quite a balancing act. Out of minimalism’s and conceptualism’s simple, serial structures, Ken Unsworth created an uncanny, theatrical mise-en-scene of absent bodies and dangerous suspension; Robert Owen turned almost-identical geometric abstractions into luminous, metaphysical propositions; and John Davis converted a bricolage of twigs from the bush near Mildura into five scattered, tower-like assemblages.

None of their works was heir to the pastoral idiom in which artists at Venice from Streeton to Boyd had been celebrated by Australians for their contribution to a (white) Australian nationalism. And the artists were truly delighted with the response: John Davis wrote in his diary that ‘I think that my work was well received by the “art group” even to the extent that Arturo Schwartz complimented the work extraordinarily well.’2 Schwartz was an art world insider—a famous Duchamp scholar, the publisher of editions of conceptualist multiples—and he represented the intensely exclusive European avant-garde art establishment.

Australia at the Venice Biennale: A Century of Contemporary Art by Kerry Gardner is published by The Miegunyah Press. 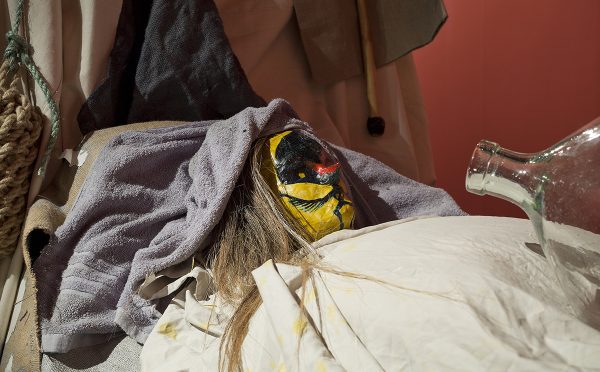 Here, there and Erewhon

Erewhon is an exhibition informed by history, literature and contemporary anxiety over terror, politics, migration and cultural identity. 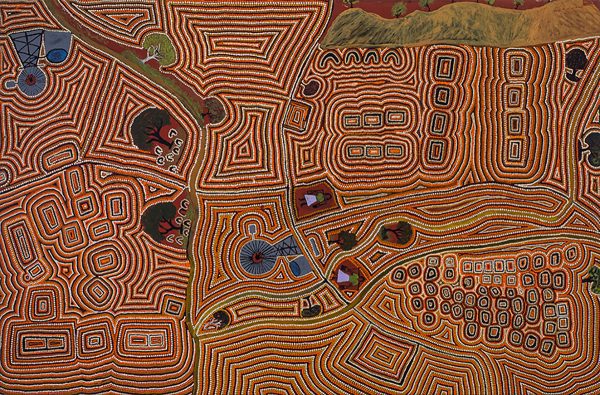