Australians want to know how other people live. We are intrigued by the private lives behind outward personas. In 2017, the Australia Council reported that almost half of non-fiction book sales were for biographies and memoir. Affectionate national slang immortalises favourite characters: trailblazers, underdogs, tall poppies, bleeding hearts, battlers. At its most basic, this fascination manifests in harrowing Australian Story episodes, or segments of Master Chef in which contestants’ losses and failings are reincarnated into ‘food dreams.’

Each artist’s approach to working with models unfolds over 50 works. Painting with a live sitter is a kind of vivisection – a process of capturing likeness, as well as subtler phenomena like presence, countenance and identity. “People like looking at people,” says curator JD Mittman, “but there’s something deeper to engage with. You’re deciphering the artist’s relationship with the person in the painting.

This relationship gets more intricate if the sitter is well known, as with the portraits of Yorta Yorta soprano Deborah Cheetham, actress Sigrid Thornton and writer/engineer Yassmin Abdel-Magied. These are women whose stories dwell in the grey area between unstudied private identity and sculpted outward appearance. With the NAIDOC week theme, “Because of Her, We Can,’ and #MeToo progressing in the background, Women Painting Women“adds an important visual element to this moment of discussion led by women in the public sphere,” says Mittman.

Art history is strewn with portraits of women, largely painted by men, and prominent among these are images of women in private moments. Figures shown dressing, bathing or in repose are meant to be looked at surreptitiously; they are enjoyably unaware. Dagmar Cyrulla plays with this tradition in her Doing what a girl has to series. The title nods to the popular trope of coy undress, while the painted scene reveals the reality of contemporary toilette – its self-critique and grooming rituals. “It’s intimate,” says Mittman, “but it puts an interesting spin on the female in the bathroom.”

In her portrait of Labour Party Senator Penny Wong, Megan Roodenrys also accesses a normally unseen moment. What is delightful, and unusual, is that it depicts unseen work. At home, Wong studies papers with shoes off and her back to the sun.

It’s intimate, but not languorous; a relatable moment of quiet industry seldom featured in artworks or media coverage.

The truth reiterated in Women Painting Women is that women, particularly those in the public sphere, do not exist on a yo-yo timetable between being seen and preparing to be seen. Rather it represents women in forward motion: as they paint, write, research, create, think and contribute. 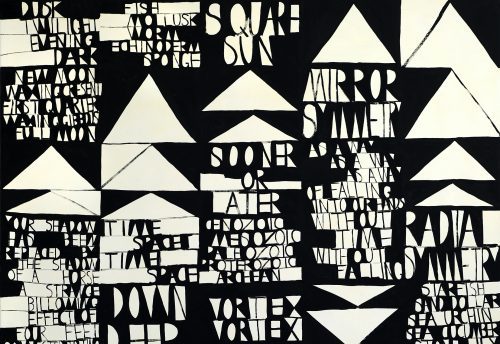 “A big part of art is sharing it with others. Painting is only art while someone is looking at it; that is already a collaboration between the artist and the audience.” 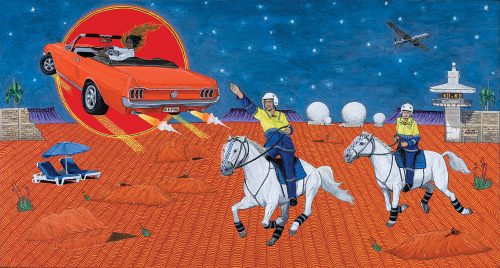