Wendy Murray’s practice is based in drawing and printmaking. The Sydney-based artist and educator started collecting political posters as a teenager in New Zealand and she is an authority on street art. Along with Stuart Bailey, Murray has co-curated Fresh Blood: Redback Graphix and its Aftermath at the Casula Powerhouse. Redback Graphix was an influential print collective whose work enlivened not only galleries but also walls, lamp posts and share-houses all over Australia during the 1980s and 1990s. Rebecca Shanahan spoke with Murray about Redback Graphix and how political posters are still relevant in the social media age.

Rebecca Shanahan: What’s going on right now to cause this interest in Redback Graphix’s posters from the 1980s and 1990s?

Wendy Murray: We’re seeing increased interest in activism and political engagement in these conservative times. We’re looking at the Black Lives Matter movement and the policy changes Trump is imposing. Financial inequality is a major problem all around the world. We’re seeing art getting more and more politically charged, and we feel it’s growing with organisations like the Amplifier Foundation in Los Angeles that has also gone nation-wide in the USA. We feel there’s a real resurgence in poster art, and fine art is getting more political. So, in Fresh Blood we’re looking back at poster art’s history, the iconography, the symbols of political posters: we all know what the fist means.

We see this show as an opportunity to engage younger audiences who might be working in this field and might not know about Redback Graphix.

We have the original posters for this show so we can look at their technical qualities as well. One of the posters we’ve chosen is May Day from 1986, which was done for the Australian Council of Trade Unions. Redback Graphix had Paul Cockram, who is a genius with film, half-tone, and colour separations, and that particular poster has incredible technical qualities.

RS: Tell me about the contemporary works in Fresh Blood?

WM: One thing that resonated when Stuart and I were looking through the Redback catalogue was how their posters could work now, because we found a strong connection with the issues that contemporary street artists are dealing with. For example, in the third week after we’d been given this exhibition opportunity, ZAP put up a giant anti-capitalist, sci-fi, hand-stencilled, cut-out work on the street and I was like, holy moly, we’ve got to have that poster, because it fits exactly with what Redback Graphix were doing. The whole project continued to unfold that way.

Some of the contemporary artists we’re showing are Alex Latham, Blak Douglas, CAMO, P.I.T.S and ZAP. Just under half the show is contemporary works. The title Fresh Blood, which comes from Stuart’s favourite Redback poster, relates to this being an intergenerational exhibition.

RS: You’ve just been over to the renowned Self Help Graphics studio in Los Angeles. Can you talk about the west coast USA/Australia axis you seem to be developing?

Australian National University ran a symposium called Picturing Politics last year in which former Redback member Alison Alder brought practitioners and institutions together. The guest speaker was Carol Wells from the Centre for the Study of Political Graphics in Los Angeles. It’s an incredible resource for poster-making and I did a residency over there. They have a good selection of Australian posters in their archive that are displayed regularly in their exhibitions.

RS: Why are political posters so important now, since social media is the primary way to foster dissent and resist?

WM: Redback Graphix, the old Tin Sheds Workshop in Sydney, and organisations like Self Help Graphics are all collectives. There’s momentum in collectives; their collective nature is what gives them their strength. The contemporary poster-makers dealing with political issues that we’ve looked at operate in isolation. It’s really a different time. But in Fresh Blood contemporary poster artists can see how these groups have operated and the power in numbers of those organisations. We hope this unity with real people will be inspiring. Sure, if you put a poster online you get feedback, but running workshops or doing things with other artists collaboratively is a different energy that builds a more honest relationship. I think you get more interesting work out of those types of organisations.

Back in the day, those poster editions were in the hundreds. Some of Redback Graphix’s editions were a thousand, often government or union commissions. They would be disseminated through networks around Australia. It took a lot of time, energy, and community organisation. Nowadays, if CAMO, one of our street artists, puts a poster up, if it’s in a prime position he might only need to put up two or three posters on that run. Internet technologies like hashtags take care of the rest. In a way, Internet technologies are much more advantageous for contemporary street artists.

RS:  Street art is currently being appropriated by commercial interests in a way that was far less common in Redback’s time. How are contemporary artists dealing with this?

WM: The street artists we’ve chosen for Fresh Blood are independent artists who work with political motivation and don’t engage with commercialisation of their work. Often their work is anonymous.

Zero tolerance policies from councils and the commercialisation of public space are two pressures that have been enough for the inner city of Sydney to look pretty barren.

For example, graffiti writer Roach and street artist Numskull had an ownership agreement for a wall in Surry Hills. The building owner provided permission for the artists to paint there and the artists initiated and activated that space. Apparition Media approached the artists to borrow the wall for a month to paint an ad. That wall has not gone back to the artists. It’s now a commercial wall.

Inner Sydney is losing its soul and interesting texture. I’ll see a picture of a house with graffiti on it on a real estate sign to advertise it! But they’re going to sell that house to someone who is going to paint over that graffiti in a nice heritage colour.

This commercialisation of public space is of great interest to me. So, having this exhibition somewhere like Liverpool in community with The Street University down the road with its graffiti and street art programs, is exciting. It will be interesting to see how the artists who go to that organisation and who paint the water tanks at Casula, which are a legendary graf spot, respond to Fresh Blood. 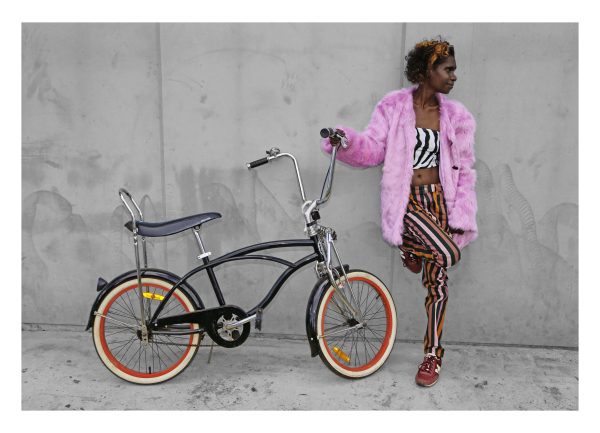 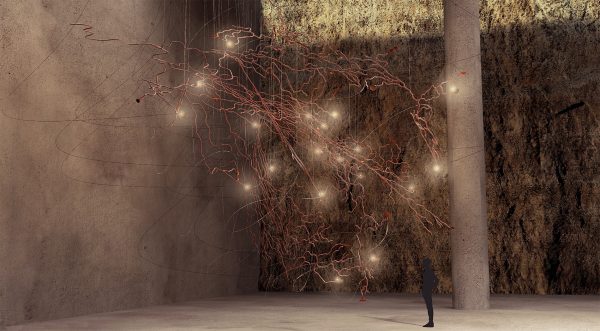