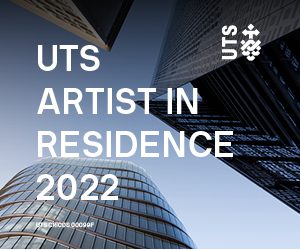 Even as lockdown restrictions begin easing across the country, at varying rates, most of us are still enjoying art experiences from our homes. As galleries and artists across the country find innovative ways to put art online – exhibitions, talks, blogs, podcasts, video, Instagram feeds – we’re dedicated to curating a selection of what to view, watch and listen to each week, complied by one of the Art Guide editors.

Like millions of people worldwide, you may currently be playing Animal Crossing, a life simulation game by Nintendo – especially as the game’s fifth iteration, New Horizons, came out in March 2020. In this edition, players create a character who moves to an island and over time builds a community.

When Perth-based artist Nathan Beard found his show White Gilt at Sydney’s Firstdraft was postponed, he decided to create iteration ‘2.5’ of his exhibition show series within Animal Crossing: New Horizons itself. On Saturday 30 May the artist will open his Animal Crossing island Slovetzia to viewers, allowing gallery goers to virtually attend his exhibition White Gilt 2.5. Save the date by getting your access code here.

In addition, Firstdraft have published a thoughtful interview with the artist, talking though the dynamics of Animal Crossing, moving White Gilt inside a life simulation game, and how Beard’s work is always “questioning cultural authenticity and cultural anxieties.”

To coincide with Reconciliation Week, the National Portrait Gallery have revealed an online exhibition of Shirley Purdie’s startling and poetic self-portrait Ngalim-Ngalimbooroo Ngagenybe, a 36-panel work that pays homage to the women in Purdie’s family.

With the exhibition title meaning ‘from my women,’ the poignant panels can be viewed online alongside a video that captures stories narrated by Purdie, telling life events relating to her grandparents and mother, as well as her own childhood.

As Purdie says of her work, “It’s good to learn from old people. They keep saying when you paint you can remember that Country, just like to take a photo, but there’s the Ngarranggarni (Dreaming) and everything. Good to put it in painting, your Country, so kids can know and understand. When the old people die, young people can read the stories from the paintings. They can learn from the paintings and maybe they want to start painting too.”

Live From the Field: Updates from lockdown

Live From the Field is brought to us by KINGS artist run initiative, and is essentially a poetic diary updated on the KINGS website, detailing the life and thoughts of artists in lockdown. But rather than being a ‘news-based’ rolling feed, it’s more experimental in nature, delivering reflections, artworks, images and scripts. At the moment there’s a past contribution from Siying Zhou, and the updates are currently being published by Lia Dewey Morgan.

It’s a unique response to the current crisis, and a twist on the rolling media blogs we’ve all likely been guilty of over-consuming during these times. And there is humour, too. As one entry on an image begins, “So here I am at my mother’s house eating her cheese…”

This week Mornington Peninsula Regional Gallery has brought us Xanthe Dobbie’s online exhibition, Desktop Holiday. With its humorous yet bittersweet title lamenting a society that simply can’t switch off – an even bigger issue under Covid-19 – Dobbie gives us a series of digital collage loops that bring together internet aesthetics with religious and historical iconography.

It’s a deliberately camp exhibition in its awareness of high and low culture, and its ability to weave the aesthetic with emojis and meditative relaxation tracks. Yet there are important political and cultural factors at play for Dobbie, who looks at the way we’re currently living our lives in an increasingly online manner. As she says of Desktop Holiday, “Now, more than ever, we live as dual citizens of on and offline reality. The distinctions between IRL and URL have become irrevocably blurred. We have arrived at the ‘cyborgian’ future where our lived experiences are filtered through our technologies. We love them, we live through them and, in a sense, we fear them.”

An Intimate look at Patrick Pound

Objects and photographs, particularly of the domestic and personal kind, have taken on new resonances in a Covid-19 world, making the work of Patrick Pound feel timelier and more poignant than ever. Rather than postponing his solo show at STATION in Melbourne, the artist has embarked on the exhibition The museum of there, not there, with the understanding that no-one can attend. However, the exhibition can be viewed online via video, further allowing an insightful window into the artist’s thought process and his practice of collecting photographs and “indexical traces of the world.”

In the video we get a look at Pound’s archive of found photographs and objects, which form the intimate, humorous and affective basis of his work. As the documentation shows, the objects are personal yet vast: there are books like Being and Nothingness and Waiting for Godot, My Little Pony figures, a pro-Hilary Clinton election badge, false eyelashes and a model of missing flight MH370. In this way, what Pound says in the exhibition video of his found photographs equally applies to his found objects, “My found photography collections don’t simply record the world, they answer it back.”