The dozens of carcass-like humans hanging above the entrance to Vile Bodies immediately declare this exhibition’s scope. In Vile Bodies, Chinese artists born between the 1940s and 1990s consider humans as corporeal, animalistic and/or monstrous beings. Using a wide range of media to tease out relationships between these states, they also claim ongoing possibilities for creation in the face of unforgiving contemporary life.

On entering, visitors are confronted with Zhang Dali’s Chinese Offspring, 2005, which unambiguously expressesthe inhumane treatment of people by others as a result of rapid globalisation and urbanisation. Resin casts from individual bodies in a variety of passive poses have been smeared with pinkish-reds, labelled, numbered, trussed and hooked up in the air, head-down.

In Huang Yan’s A Plan–20/10/11-20/2/12, 2012, faces reveal themselves within a painterly surface. Obsessively drawn, they suggest monsters and demons of collective memory derived from pop culture and classical mythology. Occupying a room like some slick civic model, Cheng Dapeng’s Wonderful City, 2011-12, places fantastical 3D printed figurines on a city-grid light-box with the dimensions of a boardroom table. These mash-ups synthesise body and animal parts with architectural and sculptural features, and positive forms with their negative moulds.

Xia Xiaowan’s Man and Woman, 2007, is a life-sized figure drawing of entwined bodies on multiple layers of glass. Inevitably evoking medical imaging technology, it traps the bodies in their metal casing even as it seeks to expand perception of their volumes. Wei Rong approaches the figure more tenderly, with an astute understanding of the female body in art history. Set in domestic interiors, her Poor Goddess, 2013, and Artist and Model, 2014, bridge the gap between the lived experience of women and their art-historical roles as models.

One of the largest works in the show, Where Is The White Crow, 2009-10, is also one of the more affecting. Lam Tung-pang’s 365 canvases are each one foot square, the unit of measurement in Hong Kong real estate. Installed, the work is the size of a tiny apartment. Each canvas depicts a flying black crow in ink and acrylic, one for each day of one year. Acutely observed, rapidly and skilfully rendered with a minimum of fuss and marks, Where Is The White Crow?, has an everyday poetry constructed through purposeful repetition and gesture. The work also offers unexpected hope through its sensitive connection between artist and subject; hope that our disrupted and defiled relationships with non-human species may yet, one day, be rebuilt.

Expansive and wide-ranging, Vile Bodies offers the opportunity to consider our present human condition in order to gauge our possible futures. 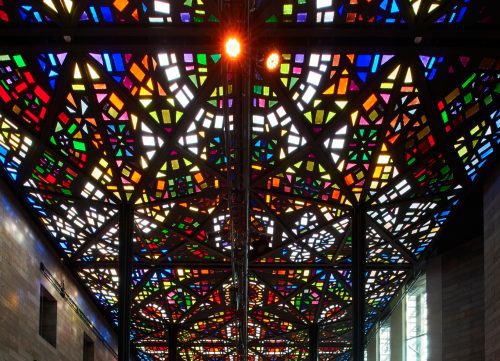 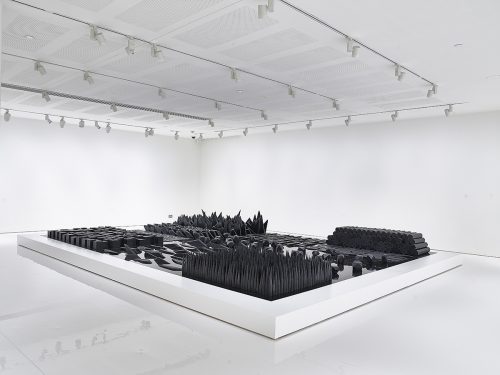