Jessie Clarke might have turned out to be a socialite; instead she became a social worker, says State Library of Victoria curator Carolyn Fraser. The grand-daughter of Prime Minister Alfred Deakin, Clarke and her husband set up the successful Nappie Wash in 1946. “Although it was a business, it was a business made by a social worker,” Fraser says. “She very much had the idea in mind that this business could help alleviate the drudgery that many women experienced in looking after children.”

Fraser began researching Clarke’s life for a recently opened exhibition in the library’s new Victoria Gallery, opened as part of the extensive Vision 2020 SLV redevelopment. The inaugural exhibition, Velvet, Iron, Ashes, features disparate content: from the Ashes urn and Freddo Frog to Ned Kelly and the history of Yallourn.

It incorporates a segment on Clarke’s achievements, in particular an extraordinary outfit she wore for the 1934 Pageant of Nations. The costume comprises a velvet and silk cloak and a hand-painted skirt featuring images of Government House, Flinders Street Station and Melbourne Town Hall. But the highlight is the extraordinarily wacky headdress, exuberantly modelled to represent the Yallourn power station.

Fraser is excited the new gallery will be a cut-through for library users, rather than a specific end-point – meaning visitors don’t have to see exhibitions in one hit, but might stop repeatedly to enjoy various aspects. Aiding this is the retro-looking Map-o-Matic machine, which prints out personalised exhibition routes when visitors input preferences. Fraser says the exhibition objects might seem like “a random grab-bag of stories” but the machine helps explain their many unexpected and interesting connections – such as those between a glorious costume and soiled nappies. 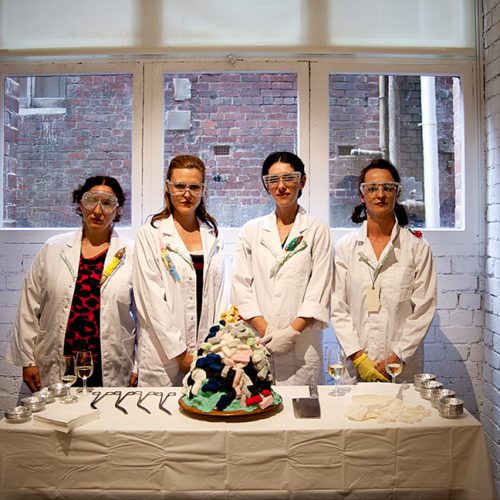 Cassandra Chilton shares the recipe behind the art collective’s success. 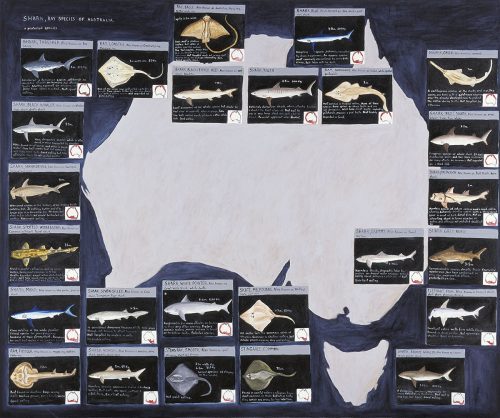 Detail is important in a visual imagination, but it also punctuates an individual’s memory. This exhibition draws together artworks made since 2002 by Noel McKenna that are also highly personal and idiosyncratic maps.