The expanse of the sublime and the particular exactitude of botanical studies are present in Valerie Sparks’s immersive wallpaper installations of a hybrid Australian landscape. Utopian sanctuaries are created in montaged photographs of the Australian landscape, flora and fauna; elements which Sparks treats as a painter does through layering, building and shifting around components.

Sparks has long been drawn to immersive historical visual art, in particular 19th-century French wallpaper scenes. She says, “I see them as part of a history of a particular kind of creative expression, one that emerges from a desire to be immersed in a visual field and be part of the image space.”

She is also interested in the relationship between science and art, which is seen in the work of female botanical artists whose studies were often used as source images for these wallpapers. The women who Sparks highlights as contributing to our understanding of biodiversity include: Ellis Rowan; Marianne North and Louisa Anne Meredith; and Margaret Anderson Hope, a Tasmanian artist whose work is on permanent display at the Tasmanian Museum and Art Gallery. “That era is interesting to me because it was a time when biodiversity and the new landscapes and plants were incorporated into studies in Europe on botanical science,” she says.

For This is not a wallflower, her first solo show at Bett Gallery in Tasmania, Sparks is presenting works from her La Vol series, and a new series, Sanctuary, consisting of a large wallpaper installation. Sparks adapts the idea of sanctuary as it pertains to both us and plants. “I’m interested in ‘sanctuary’ as a symbiotic relationship between nature and humans to create a place that is protective for us and to create a place that is protective for them,” she says. These sanctuaries include “gardens or internal courtyards, walled gardens and glasshouses; the places where we go for nurturing and contemplation.”

For Sanctuary Sparks captured the majority of her photos at the Melbourne florist Flowers Vasette where she is undertaking a year-long residency. With complete access to their flowers, and an adjacent studio, Sparks captures details that were unachievable when taking photographs in the field. “I’ve been able to get details that the botanical artists were burrowing into in their work,” she says.

For her La Vol series, which Sparks has been working on for some time, she photographed over 100 taxidermy birds in France and Austria which were incorporated into images of Australian landscapes. The series title – which in translation means flight, flying, theft, robbery, burglary – indicates the subject matter as well as collecting practices as acts of theft in this period.

On her use of scale Sparks says “For me it’s really important in that parts of the work are constantly slipping out of your peripheral vision and escape you. You have to reposition yourself to experience the work. I like the large format and the panoramic format. It’s a different way of experiencing landscapes.” 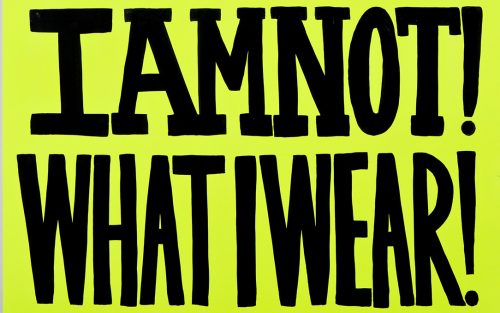 Doley’s 95 Things Learnt About Feminism are evidently not intended as a complete definition, if such a thing can even be attempted, but rather a snapshot of how the movement exists today: ever-shifting, many-layered, but stronger than ever. 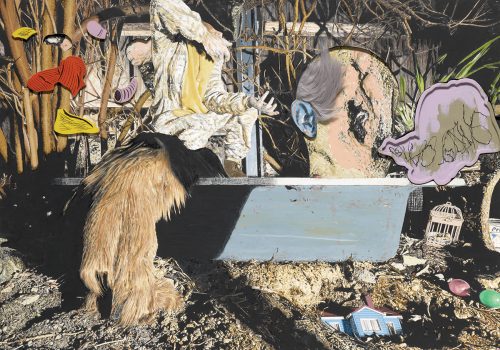 When staff took five local artists through the Tasmanian Museum and Art Gallery (TMAG) collection to see what might grab them, the idea was to eventually have these emerging and mid-career artists show new drawing works in the gallery.