Edmund Capon, who has died at the age of 78, served for 33 years as director of the Art Gallery of New South Wales (AGNSW), an institution with which his name remains indelibly linked. But in 1978, when the London-born art enthusiast initially left his employment as an assistant keeper in the Victoria and Albert Museum’s far eastern department to move to Australia with his wife Joanna, he faced the standard dilemma of migrants: how to find his way and how to fit in.

Capon once singled out a work made by the Tehran-born Adelaide artist Hossein Valamanesh in 1997 as personally relatable. In Longing Belonging, Valamanesh took a Persian carpet into the Australian bush and set it alight. “I’ve always loved this work; it is so surprising, and so unexpected, and so incongruous,” Capon reflected in the 2013 documentary series The Art of Australia, “but above all it’s about the dilemma of the migrant, about making a new life in a new country but without abandoning your past.”

While Capon identified the Italian renaissance painter Giovanni Bellini, the US painter, sculptor and photographer Cy Twombly, the Qing dynasty Chinese painter Wang Yuanqi and the Australian photo artist Bill Henson as among his favourite artists, he was “initially unresponsive to much contemporary art beyond painting,” his colleague Wayne Tunnicliffe, AGNSW’s head curator of Australian art, commented this week in an essay published by the gallery. Yet “in later years he embraced and promoted contemporary art as the key to our cultural future.”

“Edmund was a brilliant balance of levitas and gravitas,” said video and performance artist Shaun Gladwell. “He was the life of the party – radiating intelligence, inquisitiveness, wit, charm, style, sensitivity, passion and vision. Every time I saw him, I’d get a wickedly funny joke or three, heartfelt personal encouragement, a conversation that would often circumnavigate the world, and a big hug.”

“I spoke of him as Eddie when he wasn’t around,” the photographer Rosemary Laing recalls. “He was shiny – he lit you up. I miss the space he takes up in a room. He enabled you to understand when you made work that was worth the space it occupied. He was so easy to speak with when it came to work, and why, perhaps, it exists for us.”

“I loved Edmund’s enthusiasm and cheekiness,” the animator Joan Ross said. “He had such a great respect and appreciation for artists. His perception was palpable. His passing is such a sad loss on a personal level and for the art world at large.”

Art critic John McDonald once said that Capon had “befriended, cajoled and abused” politicians to secure funds for the AGNSW, from which he retired as director in 2011. While the Federal Arts Minister Mitch Fifield this week said in a statement that Capon’s contribution to visual arts and museum practice in Australia was “inestimable,” the Opposition’s arts spokesman, Tony Burke, told Art Guide Australia that Capon deeply affected the federal Labor MP’s own relationship to visual art.

“I’ll never forget in my early teens being taken on the weekend to see the exhibition of the entombed [Chinese] warriors [in 1983],” says Burke.

“The impact wasn’t simply the exhibition itself; it established a permanent invitation to all those who attended that the art gallery was a place to revisit regularly. His understanding not merely of the history of art in Australia and around the world, but his particular depth of understanding of the art of our region meant he arrived at the NSW gallery at the moment we needed him the most.”

“Edmund was a wise and considerate man,” said the founder of Sydney’s White Rabbit Gallery, Judith Neilson. “I was just one of many people he encouraged in their artistic endeavours and he did it discreetly, never asking for thanks or praise. In the sometimes fractious Sydney art scene he was one of the very few who spurred me on with my plans for White Rabbit and my wider collection when there were more critics than supporters and I’ll be forever grateful to him for that. He was comfortable in his own skin, prepared to speak his mind, and generous to friends and enemies alike.”

In 2014, Capon took up the chairmanship of Sydney’s 4A Centre for Contemporary Asian Art, a position that deepened and extended his abiding interest in Asian culture. Capon’s fascination was piqued in his school days when he saw a photograph of the Great Wall of China. In later years, Capon carried a business card with his name in Mandarin, a language he could both speak and write.

Director Mikala Tai said on the 4A website that Capon was a good friend and mentor who “has done so much for Australia’s engagement and understanding of Asian art and culture.” And the executive director of the National Association for the Visual Arts (NAVA) Esther Anatolitis likewise noted in her online tribute, “You cannot imagine anything more important and pertinent to a place like Sydney and Australia than to get involved with Asia culturally, socially and economically and to underwrite all that with a certain cultural sensitivity … His legacy infuses arts institutions across the country and around the world.” 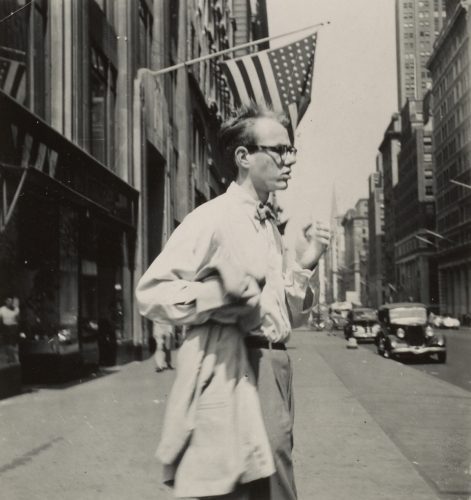 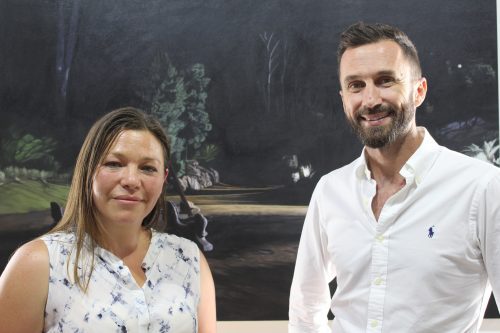