Watters Gallery, which opened in 1964, is staging its final exhibition, a selection of figurative works from the estate of Tony Tuckson, a painter known primarily as a gifted abstractionist. The last show in a gallery with such a long history is bound to be a bittersweet moment.

“It has been wonderful down the years to work with artists one admires a great deal,” says Geoffrey Legge, who has been with Watters from the beginning. “What was very special about the Tuckson estate was Tony’s wife, Margaret. Working with this remarkably good and self-effacing woman was an endless delight.” Margaret passed away in 2014. This “last exhibition of the work of Tony Tuckson encompasses the loss of relationships with many marvellous people, but to plan a Tuckson show without Margaret’s genius and intelligent perceptions is an emotional loss in itself.”

In 1970, when Tuckson first approached Watters Gallery for a show, he was the deputy director of the Art Gallery of New South Wales. “We did not know he painted,” explains Legge. He and fellow co-director Frank Watters were tense; it would be hard to say no to a man in Tuckson’s position. “Then the wonderful paintings were produced,” Legge recalls. “All was well.”

While he was still alive Tuckson (1921-1973) showed just twice at Watters Gallery, the last time in May of the year he died. Legge, who was still working as a business- man in the city at the time, remembers that show. “In my lunch hour I walked into the gallery where Tuckson’s paintings were leaning around the walls. Their presence was powerful,” he says. “Tears filled my eyes.”

The final show at Watters coincides with Tony Tuckson: The Abstract Sublime, a retrospective at the Art Gallery of New South Wales. 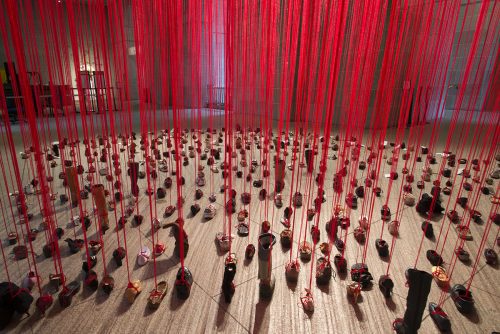 As part of this year’s Melbourne Festival, Shiota will create a new body of work for a major solo exhibition at Anna Schwartz Gallery. 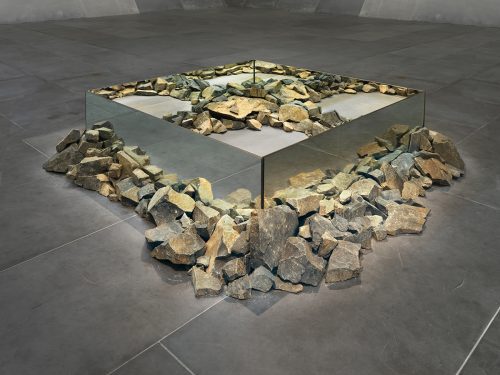 Robert Smithson: Time Crystals is not an exhibition that you can take in on opening night.