To enter Toby Ziegler’s solo exhibition at Mona, Your Shadow Rising, visitors must draw back a curtain and step into the gallery space. It is a dark room with low lighting. The first piece to see is The human engine, 2018, a giant transparent model of a hand made from interlocking PETG plastic pieces. Hanging from the ceiling by red ropes, the hand appears to be gesturing; refracting glints of light across the gallery. It is a representation of the hand of Hendrick Goltzius, a 16th century Dutch artist whose hand was injured in a fire during childhood. Goltzius went on to become an engraver and painter so famous he had to wear a disguise when travelling and cover up his most recognisable feature – his deformed hand.

Depictions of hands are significant for London-based Ziegler as much of his practice has been preoccupied with their connection to the transformative process of making.

Regularly using search engines like Google to find his source imagery, Ziegler views the technological devices we operate daily as automated prosthetics for our hands. Combining this idea with the physical process of drawing, painting and sculpting, Ziegler appropriates and distils found images digitally and by hand to explore the complex mechanics of creating.

Skirting the perimeter of the gallery space are several large paintings on square sheets of aluminium. To create these pieces, Ziegler digitally splits an image sourced from the internet into multiple panels, repeatedly dividing and reconstructing it until the original image is only faintly alluded to. In The violet hour, 2018, dusky red lattice-like panels partially shroud the pictorial layer beneath. Some paintings feature hints of deformed feet from Renaissance-era illustrations and are mirrored by others depicting hands and fire, a visual link back to The human engine.

There is an archaeological feel to Ziegler’s paintings and they appear covered in a pale powder as though they have been slowly unearthed by explorer’s tools, their figurative elements incompletely revealed like a silver X-ray under the surface.

In addition to The human engine, the themes of trauma and transformation are also evident in It’ll soon be over (exquisite corpse), 2018, a dual screen video work displaying still images of a battered toe – a nod to Georges Bataille’s 1929 surrealist essay, The Big Toe – and a digitally created hand. In a silence shattering crack that sent my heart into my mouth, a drum beat signals a slew of visuals gained via Google’s reverse image search to flash across the screens with escalating speed. The images flicker between limbs, torsos, dinosaurs, sheet music and more, before retreating back into stillness and silence.

The narratives of history are integral to Ziegler’s practice and he repeatedly reconstructs them in a contemporary context as objects reflective of how we live now. This sense of multi-layered history and contemporaneity is further embodied in a ceiling height sculpture resembling the bulbous growths of a coiled stalagmite. Titled Your shadow rising, 2018, it is the centrepiece of the exhibition and is made of 3D printed forms that initially started out as a digital scan of a small, handmade clay object. Inspired by a partially melted sculpture he observed in a Beirut museum, Ziegler’s towering sculpture went through numerous incarnations before it was birthed from six weeks of constant printing. Once finished, Ziegler made a mould of the 3D printed object, cast it in aluminium and created the final contemporary relic, its multi-layered form deeply embedded with the transformative history of its creation. 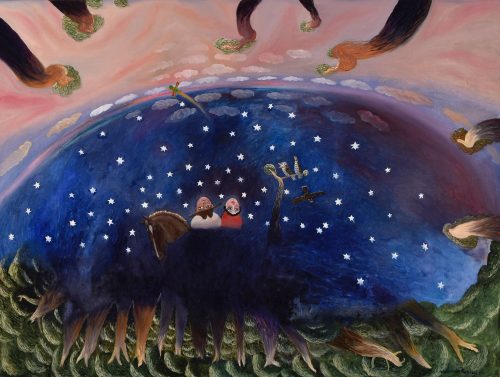