Panic Buy, a collaborative exhibition by Tiyan Baker and Guy Louden, is a unique innovative deconstruction of a pandemic-induced phenomenon. Among its key works is a computer game conceived by Baker, A Short Term Shock to the System, 2020, in which the viewer walks around a supermarket collecting everyday items, which then reveal information or poetic vignettes that relate to panic buying. Also prominent in both the online and gallery iterations of the show is a series of digital renders by Louden, Still Life Crisis I-III, 2020. Barnaby Smith spoke with Baker and Louden about the philosophy and development behind their exhibition.

Barnaby Smith: How did the ideas for Panic Buy originate and develop between you?

Tiyan Baker: I had been courting Guy for years with ideas for potential collaboration. When the pandemic happened, I became fascinated with the public discourse around panic buying and envisioning the supermarket as a stage where multiple crises that mark our current age coalesce.

I was specifically interested in the algorithms supermarkets use to manage their stock, especially during catastrophic events that might elicit surge buying, like this one. It just seemed like the right work for us – clean aesthetics, complex data and commentary around the sanitised violence of capitalist systems. I basically approached Guy with the idea and we proceeded to hustle support.

Guy Louden: The ‘hustling’ phase was really interesting actually. In the crisis the best galleries and organisations were looking for new ways to support artists and we tried to capitalise on this energy.

BS: Does the project stem from ongoing interests or was it more generated by issues specifically related to the pandemic?

TB: I think Guy and I share a common interest in the failure of corporate and capitalist systems. We both very much inhabit a space of latent or impending crisis in our works. We are both interested in what voice we take as artists responding to crisis – should we be ambivalent, satirical or sincere? Considering the pandemic as a failure of logistic and financial systems felt like the right place for us to start a collaboration.

BS: When selecting the bits of information and news items to be found in the game, what were you looking for?

TB: In A Short Term Shock to the System I chose information that would destabilise the common conceptions of panic buying.

The main point of the work is to question the existence of panic buying and reframe it instead as a failure of just-in-time supply chain systems to prepare for increasingly frequent crisis scenarios.

I also did a lot of reading that suggested that collective panic, the type that we see in movies, does not actually exist and is a fictional construct that serves as a benchmark for social behaviour. I do think that the discourse around panic buying should be questioned, and we should instead be looking at just-in-time ideology, where private companies run extremely lean AI-led supply chain systems that have a huge, but hidden, impact on our lives.

BS: What is unique about the medium of a game to explore these ideas?

TB: I chose a game format for a few reasons. Firstly, I wanted to offer a familiar shopping experience to audiences, but then interrupt and problematise that experience. As you move through the supermarket space and pick up items, pop-ups appear with strange, provocative phrases like “panic is un-Australian.” This is a reference to Scott Morrison’s speech at the peak time of panic buying where he said that hoarding is “un-Australian.”

Another pop-up features a quote from an ABC article that claimed the panic buying started in suburbs with high Asian populations. Another pop-up features a quote from a 1989 academic article about panic buying that claims “women, children, and blacks tended to panic first.” The inclusion of this information is a way to question how the idea of panic has been weaponised against minorities.

GL: People really enjoyed the game at the gallery opening. I think it works so well because it makes meaning through the medium – the classic ‘collect them all’ game mechanic mirrors the subject.

BS: Guy, why were you drawn to Dionysus from Greek mythology for the digital renders in the show? And where did the materials come from?

GL: The panic buy items in the images, canned beans, dumbbells, and tech gear, are consumer items that were near-instantly available in our supply system and suddenly became scarce at the onset of the pandemic.

They were items I myself coveted, and the canned bean models are actually scanned from my own cupboard. In March I scoured metropolitan K-Marts to secure a set of dumbbells.

In contrast, the figure of Dionysus is used as a device to anchor this specific and novel moment within a larger tradition. Dionysus is an ancient god of harvest but also madness. And because he is a god of regeneration, I could use him to suggest that something new and positive could come out of this mess.

BS: Tiyan, I watched your brilliant, terrifying video piece Hard As You Can, 2019. How does Panic Buy relate to your previous work?

TB: I think both works reflect on the proliferation of a cultural idea and try to undermine that idea through the use of carefully positioned and framed research.

Hard As You Can, for me, is about the potency of misogyny and white supremacy and how these ideas travel through mainstream culture, from literature to Hollywood to online forums, using Tyler Durden from Fight Club, 1999, as a vehicle. It depicts men who adhere to these ideas as genuinely dangerous, but also histrionic and just as intent on destroying each other as they are the minority groups they hate.

A Short Term Shock to the System and A Growth Environment, 2020 [another work by Baker in Panic Buy], similarly try to undermine the idea of panic buying. In these works I collect and carefully place fragments of research that point to industrial systems and corporate ideologies that might have given rise to, or exploited, supermarket shortages during the pandemic.

BS: Same question for Guy, how does Panic Buy relate to previous work?

GL: My art has been interested in crisis and collapse for years, so I was primed to respond to current events. But in Panic Buy I wanted to find and emphasise any possible positive impacts of the upheaval – that is explicit here in the figure of the born-again god Dionysus and in the more colourful pop aesthetics.

BS: Was there anything that particularly surprised you from the research you carried out for the show?

TB: I learnt that there is very little empirical evidence to support the occurrence of mass panic. Even historical analysis of scenarios that might provoke ‘panic,’ such as fires or stampedes, showed little evidence of irrational or animal-like behaviour. I am really interested in why these visions of panic persist in our collective consciousness.

BS: How have people responded to the show online and in the gallery?

GL: People seem wowed by the website and it shows the benefits of working with an expert web developer, Xavier Burrow. The gallery exhibition opening seemed to go well. One friend did suggest the show was ‘cold’ – maybe it is, and I don’t necessarily mind. Tiyan and I both have pretty analytic taste. Most artistic responses to the pandemic crisis so far have been ‘warm,’ emphasising craft, comfort and community spirit. There is a place for that, but we take a more critical outlook.

Panic Buy can be viewed online any time through Sawtooth ARI, and at Private Island Gallery in Perth until 24 October. 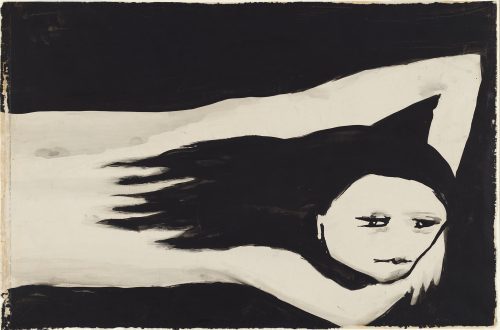 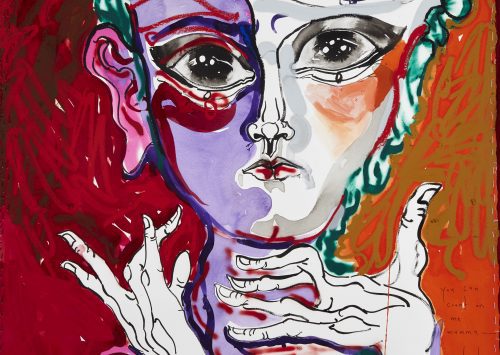