From traditional methods to more experimental styles, printmaking is an art form that comes in a variety of guises. Yet there are, of course, important social and historical elements involved in both the processes and images of printmaking. A new exhibition at Burnie Regional Art Gallery, titled Push, Pull, Press, explores the multi-faceted world of etching, linocutting and engraving.

Initially exhibited at Moonah Arts Centre last year, Push, Pull, Press brings together three prominent Tasmanian printmakers: Jennifer Marshall, Milan Milojevic and Yvonne Rees-Pagh. Each artist has their own unique take on printmaking which is explored through their diverse individual works, as well as in one large collaborative piece.

While the exhibition displays a keen attention to craft, the artists’ prints also refer to wider cultural affairs.

Yvonne Rees-Pagh, who often uses traditional printmaking methods, shows this through her politically orientated work. “What she’s most interested in are social and political issues and for this particular exhibition she focuses on the degradation of Socotra Island, which belongs to republic of Yemen in the Middle East,” explains Dawn Oelrich, director of Burnie Regional Art Gallery. “In the Bible and historically, people believed that Socotra Island was the garden of Eden. But over the last several thousand years, with droughts, cyclones, overgrazing and human habitation, there has been a large amount of damage to the island’s fragile environment. So thinking of the island as a symbol of what’s happening worldwide, Socotra Island is a paradise lost, and Yvonne’s series of images look at this.”

Meanwhile Jennifer Marshall’s prints are influenced by two artworks, both titled The Crossing of the Red Sea. “One is a block woodcut made by Titianin the 1500s, and it’s part of the British Museum Collection, and the other is a painting by Nicolas Poussin,” says the director. “Jennifer completed these works when she was artist in residence at the Australian Print Workshop in 2016, and she started developing her prints using tonal woodcuts based on these famous and historic works.”

The exhibition also includes a series of 36 printed panels by Milan Milojevic.

Oelrich explains how the artist works from “states of play” and uses digital and traditional printmaking techniques to create multi-layered and highly patterned images. With a penchant for the mythical, Milojevic’s work explores memory, myth, fact and photography.

Alongside Push, Pull, Press Burnie Regional Art Gallery will also be celebrating their 40th birthday with an exhibition displaying prominent works from the gallery’s collection. 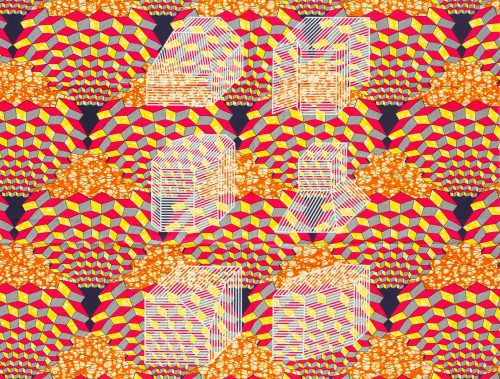 In the third article in an Art Guide Australia series on textiles, Rebecca Shanahan notes the influence of textile techniques on both other mediums and broader culture by delving into the group show Exploded Textiles at Tamworth Regional Gallery. 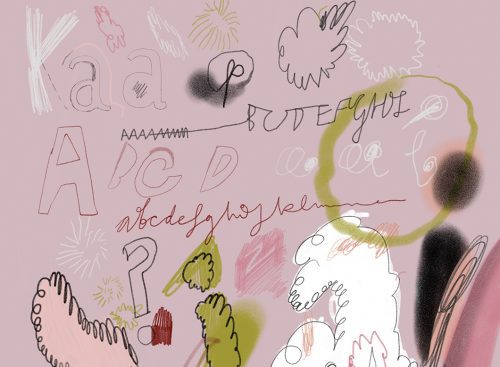