An artist’s studio is often a motley place, cluttered with materials, tools and artwork, all facing a space in the middle from which the artist conducts the chatter of possibilities around them. The small, lively studio of Perth artist Theo Koning is not only a site of creation but an arena in which artworks may take on a life of their own, speak to one another and dictate where they should be placed and what should happen next.

Visitors will walk among the artworks, which spill from wall to floor, and witness the dialogues between them, as though eavesdropping on some hidden visual language known only to objects. Koning proposes an installation in which “the works communicate with each other, not just in their image, but in profile. Some almost sit into each other like a jigsaw; others depend on the works beside them. This creates a language by going back and forth. It’s all in how you play them off against each other.”

The works themselves form a pleasingly miscellaneous group: small, elemental paintings, assemblages of architectural fragments, and found items which have been gently tilted, bent, coloured or otherwise tinkered with. Koning is a magnet for found materials: objects carrying their own histories, qualities and patination accumulate in his studio and are cleaned, modified and worked together into singular, unrepeatable sculptures. At a glance: a snotty-green splotch of paint and sand; a clinically-white tower of circular blocks; a wobbly drawing made with Expanda Foam; a formal painting in black and white; a scaffold-like construction; rearranged piano innards; tilting wooden beams clamped around a ball; driftwood wrapped in orange twine.

These artworks resemble discreet characters, reminiscent of a gang of children, each with their own foibles and accents: a Peanuts or Little Rascals cast made from wood, paint and formal arrangement. Perhaps the diminutive scale and proliferation of works makes this comparison possible. Indeed, Koning’s cramped studio impels him to “make smaller and smaller works. In some sense they are quite domestic.”

Although each artwork for Fragments of Language is complete, Koning knows the meat of his work (installation) is still ahead. Koning developed his installation strategy during a 2015 residency in Basel. There, he invited the choreographer Seamus Hughes into his studio. “He rearranged my work in the same way he choreographed a dance movement. It was beautiful,” Koning recalls. “Later, a curator placed the work: behind a fire extinguisher, near the ceiling, next to a radiator grill. You almost couldn’t find it until you stumbled across it. It really freshened the way you saw it.”

This division of making from the later, conceptual labour of arranging is a way for Koning to prevent his work seeming static, definitive or resistant to continual interpretation. “It’s to do with excitement,” he says. “You’ve got to maintain some freshness by working right up until the last minute, and hopefully some of that excitement passes on to the audience.” 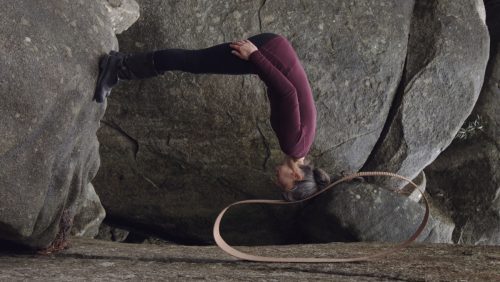 For Simone Slee the perfect sculpture is the sculpture that ‘fails’. These failures come in many guises; sometimes her works are left to the fallibility of humans, cucumbers and rocks. 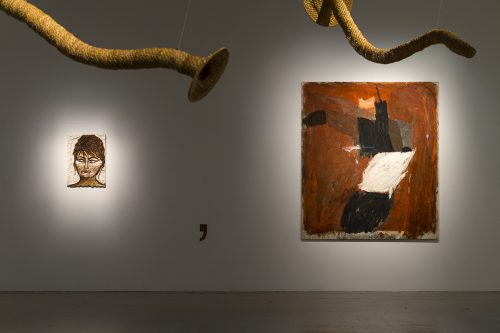