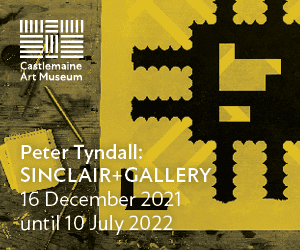 Literally and culturally, food is a sustenance of life. It’s a way to feel connected to culture and community, and to share these connections with others—and it’s this truism that’s propelling SIMMER, an exhibition about food, connection and the town in which it will take place: Albury.

Since the 1940s, the Albury/Wodonga region has been a designated resettlement area for people migrating to Australia, recently resettling people from the Democratic Republic of the Congo, the Philippines, Nepal and India. To reflect these migratory flows, SIMMER will not only include artworks, but cooking installations and recipe contributions from Albury residents and chefs. “I really wanted to include a local constituency to recognise the people who contribute to the culture of this regional city,” explains curator Nanette Orly. “SIMMER considers the role that food plays in staying connected to culture, and the potential of food to bring us together, break down barriers, and open us up to new experiences.”

In tracing food through sharing, culture, history and materiality, SIMMER encompasses a variety of works. Of the two Australian artists in the show, Nabilah Nordin is creating three food sculptures, while EJ Son will be presenting new work cast from vegetables. Internationally, New York artist Eva Aguila will be exhibiting family interviews on the importance of the tortilla, while UK artist Navi Kaur will create work relating to her grandparents who moved from India to the UK, this time focusing on her grandparent’s garden allotment in Birmingham. In addition, the Rice Brewing Sisters Club, a collective from South Korea, will explore the idea of ‘social fermentation’, and Itsuo Kobayashi, a Japanese artist and chef, will exhibit 100 illustrations of his meals, which he’s been creating for over three decades. In crossing geographical divides alongside the local, a sense of unity emerges. “Food has this amazing universality, right?” says Orly. “If someone’s serving a meal, people already know what to do—no matter what culture you identify with or language you speak. It’s such a human thing.”