My first impressions of Jenny Orchard’s ceramics brought to mind fantastical sea creatures, the kind merpeople would keep as exotic pets. They are surreal life-like forms, called Zookinis by Orchard, and it does not surprise me to discover that in 1985 Elton John once purchased several of them at once.

Orchard’s work is a fitting companion for that of multi-disciplinary artist Mish Meijers. Based on the idea of the uncanny valley, a term introduced by robotics professor Masahiro Mori to describe the point when an artificial life form becomes repulsively too human, Orchard and Meijers use ceramics and works on paper to question what it means to be alive and they explore the borders of technology and biological life.

“The title The Uncanny Valley, I thought appropriate because it expresses a longing to travel into unknown places, to find connections between our human states and those ‘other’ places,” says Orchard.

“I am fascinated by these in-between or liminal states.”

Aesthetically linked to the 1980s style of Italy’s Memphis Group, Orchard’s distinctive ceramic work is characterised by bold colours and contrasting patterns. Her intricately decorated figures seem to bloom into existence and appear at once both familiar and intensely strange. With prickly textures inspired by the native Australian landscape, they straddle the space between dream and reality.

In contrast, Meijers’s ceramic forms subtly ooze from the clay as tiny noses and eyes appear within flesh-toned surfaces, hinting at the possibility of sentient life. “My work is like a matrix upon which anything can live,” explains Meijers. Tron inspired 1980s technological landscapes are alluded to in tiled grids sprouting fingers, while bendy tentacles made from paper clay and tinted with splashes of neon nail polish recall biological matter and pop culture. When describing her practice to me, Meijers labels her work as “anthropomorphic leading into the fantastical.”

In The Uncanny Valley works on paper follow similar themes to the ceramics. Orchard favours watercolour and collage while Meijers uses painterly line work that seems to etch out a subconscious Morse code. “The connection between technological advancement, dreaming and fantastical thought is inextricable,” Meijers says.

Using collage to adhere parts of the human body to fluid watercolour shapes brandishing insects and animals, Orchard is attracted to the spontaneous and unpredictable nature of drawing. “Drawing has become an almost unconscious activity, a way of dreaming,” she says. “When I began to make the watercolours I was trying to slip in a little reality, a little of another dimension, so collage seemed to work, to use the ‘cut up’ method made so famous by William Burroughs and the beat generation.”

While Orchard’s works may have fully bloomed into existence, Meijers’s forms seem caught in the process of emerging as they teeter on the edge of possibility. The Uncanny Valley is an alchemical and vibrant exhibition pondering the complexities of existence. Meijers accurately sums it up when she concludes “To move forward into the future, we need to dream of ridiculousness.” 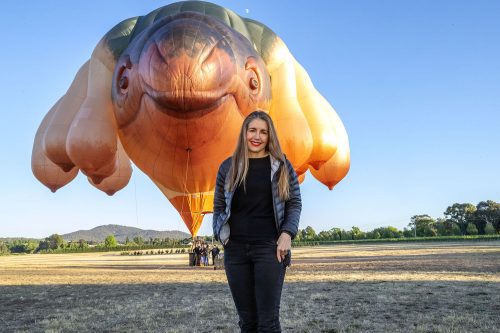 The Skywhale family shows us what caring means 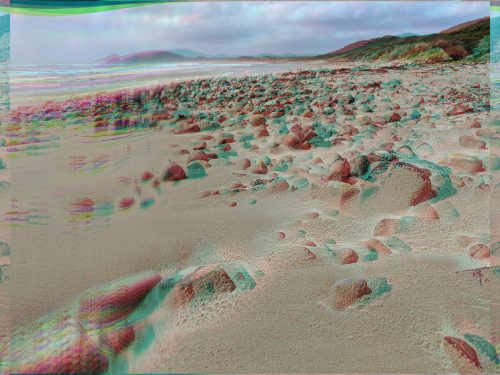