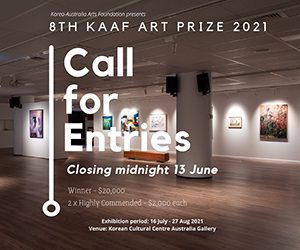 Hundreds of artists from all over Australia enter the annual Archibald Prize for portraiture. Steve Dow spoke to three of the 55 finalists – Craig Ruddy, Angus McDonald, and Wendy Sharpe – about who they decided to paint for the 2020 prize and what motivated their decisions.

Earlier this year, on his property in Victoria’s East Gippsland, Bruce Pascoe sat by the river for artist Craig Ruddy, who made sketches and painted studies of the Bunurong and Yuin writer. They spoke about Indigenous land management and regeneration in the wake of a devastating fire that had just swept through there.

“We spoke a lot about the day the fire came through his property, and he lost his neighbour and close friend,” recalls Ruddy, who had been prompted to meet Pascoe after reading Pascoe’s best-selling book Dark Emu, which lays out evidence of extensive agricultural and aquacultural practices of Indigenous Australians prior to European colonisation.

Ruddy returned to his own home on the New South Wales Northern Rivers just before the Covid-19 lockdown in March and began work on the portrait, which has been selected for the 2020 Archibald Prize at the Art Gallery of New South Wales (AGNSW).

Human rights are a strong thread in this year’s Archibald entries; numerous finalists seem to be concerned with what unites humanity.

For his portrait of Pascoe, Ruddy chose a hyper-real colour palette: blue background, green shirt, bright skin tones and magnificent white beard. The base is acrylic, followed by oil paint and sticks, with the final tangled lines in charcoal, all finished with a spray varnish.

“A lot of power and strength comes through in the portrait,” says the artist. “There was a lot of sadness there and concern for the future. There was anguish. But there was also a beautiful sensitivity; he was very open and quite clear.”

Ruddy, who is non-Indigenous, often celebrates Indigenous Australians in his portraits, including Olympic runner Cathy Freeman, filmmaker Warwick Thornton, and most famously David Gulpilil. His portrait depicting the veteran Yolngu actor, David Gulpilil: two worlds, was the subject of controversy when it won the 2004 Archibald because it was rendered in charcoal and not paint.

In 2006, the NSW Supreme Court threw out a challenge to Ruddy’s win. “There were lots of highs and troubled times,” recalls the artist. “I couldn’t talk much about the creation of the work because of it being in the courts. It was a little troubling for the first year.”

More recently, challenges by right-wing commentators to Bruce Pascoe’s Indigenous identity are “unwarranted and unjust,” says Ruddy. “Identity is important and personal for every being.”

Ruddy says many Australians “short-sightedly only care about a 200-something year history … The real question is why isn’t everyone in Australia celebrating Indigenous people?”

Meanwhile Angus McDonald, a finalist last year for his depiction of lawyer, writer and social commentator Mariam Veiszadeh, whose family fled Afghanistan in 1984 during the Soviet-Afghan war, is an Archibald finalist again in 2020 for his portrait of Behrouz Boochani, the Kurdish-Iranian journalist held at Manus Island detention centre in Papua New Guinea from 2013 to 2017 at the behest of the Australian Government, which refused to let him even enter this country.

Boochani wrote a book about his experiences on a mobile phone, No Friend But the Mountains, which was garlanded with awards. Earlier this year, the New Zealand Government offered Boochani asylum. In February, McDonald travelled to Christchurch to meet Boochani in person for the first time, cementing a friendship that grew out of a collaboration conducted over WhatsApp in 2018 when McDonald produced a documentary on the Manus prison.

Boochani sat as McDonald took photographs and made sketches, finding him a multi-faceted character. “He has that very lyrical, poetic side to him, and also a really down-to-earth, no-nonsense approach, because he’s quite busy and effective in the way he uses his time,” says McDonald.

“He’s quite a gentle person, and extremely funny. He likes talking about things in a way that’s slightly ridiculous, but he also has a pretty strong sense of irony. He’s fluent in English, and I can only imagine that side of him is even greater when he’s speaking his native Farsi.”

McDonald says Boochani’s “only gripe” is with the Australian Government. “He certainly doesn’t have any negative feelings at all towards Australian society. I think he’s very grateful for the support he has received from many Australian people.”

McDonald is primarily an oil painter, having experimented widely with materials. “I knew Behrouz’s picture was going to be an oil portrait. I did play around with the idea of making it a monochromatic piece for quite a while, but in the end, when I went over to see him, he just looked so well. He looks like a movie star. We shot a lot of images of him, some of them quite serious; some of them quite amusing, as well. After seeing him, I decided to go full colour, and depict him in a simple way, looking out and engaging the viewer, a confident person. I didn’t want to muddy the view of him with any other devices in the picture.”

In Sydney, artist Wendy Sharpe – who won the Archibald Prize in 1996 for her self-portrait as Diana of Erskineville – decided to paint actor, comedian, writer and activist Magda Szubanski after reading Szubanski’s 2015 memoir Reckoning, which begins: “If you had met my father you would have never, not for an instant, have thought he was an assassin.” Szubanski’s father was a member of the counter-intelligence branch of the Polish resistance movement during World War II.

In Sharpe’s portrait of Szubanski, which is a 2020 Archibald finalist, the actor is dressed as one of her famous comic characters, Sharon Strzelecki, in a netball uniform and wig as depicted in Kath and Kim and advertisements for UberEats and Victoria’s Covid-19 safety campaign, but with a distraught expression. Behind her, a city burns while fighter planes pass over.

“The thing about a performer is there is a duality of themselves and a character that they’re playing. It’s a difficult and interesting conundrum that you need to solve,” says Sharpe, who has been an Archibald finalist seven times.

“Magda came to my studio in Sydney from Melbourne, and she sat here for three hours and we had this incredibly intense conversation, because she’s funny, warm, lovely, incredibly smart. But also, very intense, which is part of the brilliance of her. One of the things people love about her is when she’s being herself, she is utterly herself without any pretence or veneer.”

Szubanski told the artist how much she related to the figure in Polish painter Jan Matejko’s famous portrait Stańczyk, of a court jester painted in 1862 who seems to be dwelling on bad news, but is dressed as though he has to perform nonetheless. The portrait was looted by the Nazis and then the Soviets before being returned to Poland in the 1950s.

It was then that Sharpe decided to paint Szubanski as Sharon, rather than as Magda as she had planned. “I knew exactly what I wanted to paint then. I thought, OK, I will paint her as Sharon, who is sort of the jester. There is always a slight underlying sadness to Sharon, anyway. But I wanted to go deeper than that. If you look at the painting closer up, her face, she is haunted, on the verge of tears, and she is standing in front of these burning buildings. I want to be unclear about whether what is behind her is her imagination or something real.”

Winners of the 2020 Archibald, Wynne and Sulman Prizes will be announced on 25 September and the exhibitions will open to the public the next day. 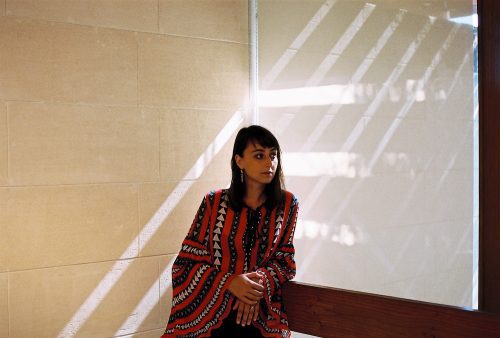