The National Picture: The Art of Tasmania’s Black War

The National Picture: The Art of Tasmania’s Black War

The National Picture, a partnership between the National Gallery of Australia and the Tasmanian Museum and Art Gallery, is the culmination of extensive research undertaken by Professor Tim Bonyhady and Dr Greg Lehman. An exhibition with a focus on how Tasmanian Aboriginals were depicted by colonial-era artists during the time of The Black War in the 1800s, The National Picture reveals the lasting impact visual art can have on our understanding of history.

Using Benjamin Duterrau’s contentious painting, The Conciliation, 1840, as a centrepiece and springboard for further reflection, curators Bonyhady and Lehman have brought together a wide range of material relating to the displacement of Tasmanian Aboriginals from the time of George Augustus Robinson’s ‘Friendly Mission’ of the 1820s to the death of Duterrau in 1851. Divided into three distinct sections, the exhibition is heavily populated with works by Duterrau, John Glover and Benjamin Law, each depicting Tasmanian Aboriginals in the 1800s through painting, drawing and sculpture. The concluding section features works which respond to the historical pieces, made by contemporary artists including Julie Gough, Marlene Gilson and Ricky Maynard.

At the entrance to the exhibition stand Benjamin Law’s highly detailed life-sized busts of Tasmanian Aboriginal leaders, Woorady and Trucaninny.

Created in 1835-1836 and one of multiple pairs made by Law during his lifetime, here in the Tasmanian Museum and Art Gallery, Woorady and Trucaninny preside like sentinels watching over the included works. Passing into the exhibition space, I am very aware that most of the people and incidents depicted herein are deeply connected to the land on which I stand.

Possessing a cohesive selection of visual art and archival material, The National Picture is a scholarly exploration of the catastrophic genocide that occurred in Tasmania in the 1800s and the events that followed. Significant components of the exhibition trace how beliefs and laws were visualised by artists. In addition to major paintings by Duterrau and Glover, smaller works on paper by John Skinner Prout, WB Gould and Thomas Bock, clearly reflect the divisive attitudes of the time, swinging between sympathetically rendered portraits and rough caricatures.

A large portion of the exhibition is made up of hand drawn portraits of individuals from the Tasmanian Aboriginal community in the early to mid 1800s. In an interview with the NGA earlier this year, Lehman described the many portraits as an insight into “the lives, character and humanity” of people exiled from their homeland and imposed on by outsider culture, rather than solely ethnographic studies. I find the portraits drawn by Thomas Bock to be particularly moving in their evocative attention to detail, and it is difficult to view them without feeling great emotion.

Coupled with pieces like George Frankland’s 1829 Proclamation Boards and their confronting pictorial narratives, the first photograph of Tasmanian Aboriginals Walter George Arthur, Mary Ann Arthur and David Bruney created by Thomas Browne in 1847-1848, artist sketchbooks and hand carved hunting tools, the visual art is placed within its historical context, allowing for a wider understanding of how and why works like those of Duterrau and Bock may have been created. Much like putting together a puzzle, each piece in The National Picture builds on the next, steadily constructing a clearer picture of history from multiple viewpoints.

In my position as a woman of European and British descent, The National Picture is hard to look at.

Without doubt, it is an incredibly moving exhibition and a vital display of the extraordinary resilience and strength of the Aboriginal people. Through the collected works in the exhibition and the rigorous scholarship evident in the associated catalogue, Lehman and Bonyhady have added a valuable body of knowledge to the history of art in Australia, without which we cannot form a true sense of our culture and identity as Australians. 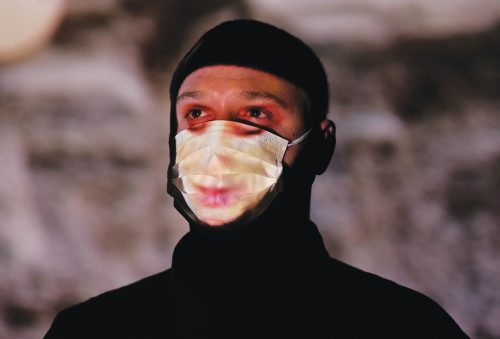