Indigenous photographer Barbara McGrady has been documenting the machinations of Australian society for more than 30 years. Asked to describe herself, McGrady will reply without hesitation that she is a Gamilaroi/Gomeroi MurriYinah artist. She is also a photojournalist who says that as an Aboriginal person, political action is a responsibility. “I always felt I had to document our history and our struggle to show people the injustice of it all,” she said in a 2017 interview for NITV. “And one way, other than participating in any kind of social protest, is through photography.” Pursuing this, she has dedicated her career to focussing her lens on both the triumphs and tribulations of Australia’s First Nations people.

McGrady is passionate about sport and her images capture Indigenous athletes as they shine. But the photographer also has a keen eye for quiet moments infused with powerful emotion.

Ngiyaningy Maran Yaliwaunga Ngaara-li (Our AncestorsAre Always Watching), a selection of photographs, will be presented at the Art Gallery of New South Wales and as a major immersive installation at Campbelltown Arts Centre, as part of22nd Biennale of Sydney: NIRIN.

BARBARA MCGRADY: I have been photographing the Yabun Festival for quite along time. It is one of the largest gatherings of Indigenous people on the land of the Gadigal people in Sydney. Held on 26th January every year, it showcases and celebrates Indigenous culture and our survival as a people. Uncle Max Eulo (a Budjari elder) conducts traditional ‘smoking ceremonies’ to cleanse the land and the people. He is a well-known personality and elder.

BARBARA MCGRADY: As a former sports captain of my high school in the country in the 1960s, I have always had a love of sport. Indigenous people have been represented in many sporting events here and overseas over many years and make up 12% of players in the NRL and 10% in the AFL, the two biggest sporting codes. I have never lost my love of sport, especially if it has an Indigenous element.

Having photographed the All Stars games since their inception, I try to get to every game to document this event, an important event to commence the NRL season, not just for Indigenous people but for the wider mainstream public who are fans of the game.

This photograph of the Indigenous All Stars is part of their ‘war cry’ performance at the start of the game. It is always a fabulous spectacle of dance; a representation of culture, pride and sporting ability, led by their captain. In this photograph is former South Sydney and Australian representative Greg Inglis, one of the greats of NRL, now retired.

BARBARA MCGRADY: The death of young Indigenous teenager TJ Hickey, impaled on a fence while being pursued by police in Redfern in 2004, was a tragic occurrence felt by all Indigenous people, especially in Redfern and Waterloo. It sparked the Redfern Riots. His family, activists and supporters hold a march and rally on the anniversary of his death to protest the coroner’s inquiry findings and demand answers to why Indigenous people are dying in custody.

The anguish and sorrow of the loss of TJ in such a gruesome way is etched on the face of Gail Hickey, mother of TJ, and relatives, and is heart breaking.

I think I cried when I saw the image while editing the photo.

BARBARA MCGRADY: The Redfern Aboriginal Tent Embassy was established by Wiradjuri woman Jenny Munro and elders on National Sorry Day in May 2014, in the part of Redfern known as The Block. It was set up to protest the dealings of the Aboriginal Housing Company in its handling of the ‘social cleansing’ of Aboriginal families from The Block and the non-transparency of dealings with the developers Deicorp.

Ms Munro demanded that Aboriginal families be given priority housing when development is complete. The Block is a part of Redfern known to Aboriginal people as a ‘sacred’ special place.

A satisfactory agreement between the warring parties was reached in a court case with the Minister for Aboriginal Affairs, CEO of Aboriginal Housing Company Micky Mundine, and Jenny Munro. The Tent Embassy was disbanded in 2015.

I photographed the first day of the establishment of the Embassy in 2014 through to the last day of its disbandment, including the court case in 2015.

BARBARA MCGRADY: To my knowledge, Indigenous people have fought alongside non-Indigenous soldiers in all the wars that Australia has been involved in. They fought alongside their fellow soldiers and were treated as equals on the battlefield and in the trenches. But on their return their contribution was forgotten and they were treated as second-class citizens and subjected to the country’s racist policies and practices.

In recent years, this erasure of Indigenous people in world wars and conflicts has been rectified, and their contribution to service to our country has become part of mainstream ANZAC Day memorial services.

The Black Diggers Memorial Service began in 2007 immediately after the ANZAC service in the city. It is held in Redfern Park, at the cenotaph, where wreaths are laid and speeches are made by dignitaries.

My image of the Black Diggers Memorial Service taken in 2015 shows the solemnness of the occasion with a smoking ceremony, respect and remembrance for those soldiers who didn’t return and who made the ultimate sacrifice. 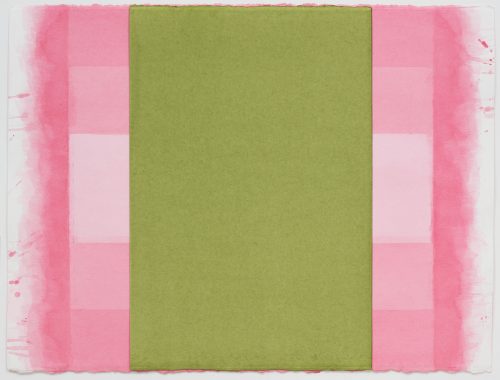 After three decades of playing with colour, Jurek Wybraniec has pared his materials back to ink on paper for a fresh, diaristic exploration of the monochrome.