Practice makes perfect, but that doesn’t make it any easier. Kate Rohde has spent the past 10 years or so honing what she has described as a “hyperactive” practice. But with time and with repetition, she hasn’t discovered any shortcuts, instead finding herself working even harder on her fantastical and colourful cast-resin creations.

“The way I work with [resin] now is quite different,” Rohde explains. “When I first started working with it, I did virtually no finishing, whereas now I do huge amounts of sanding and grinding.

I realised that that’s actually one of the really great qualities: the ability to be quite brutal with it.”

You needn’t worry about them, though. A selection of Rohde’s sculptures from the past decade, along with a smattering of new ones, will be safely ensconced at Craft Victoria for Luminous Realms, a solo exhibition. Keeping them company will be three new wallpaper designs, similar to those shortlisted for last year’s Rigg Design Prize and exhibited in this year’s Adelaide Biennial of Australian Art.

The exhibition is the first iteration of Craft’s new exhibition program Focus on Craft, which “recognises the career of an outstanding exhibiting artist whose work is embedded in craft materiality and technique”.

Rohde’s output, and the way it has developed over time, is a good place to start a study of craft materiality and technique, with Rohde stressing the work’s “hand-made quality” and the fact that it’s “very labour-intensive and time-consuming”.

“I used to think of myself as a very rough maker of things,” she says, “whereas now it’s much more polished – it’s a reflection of that development of finishing and technique.” 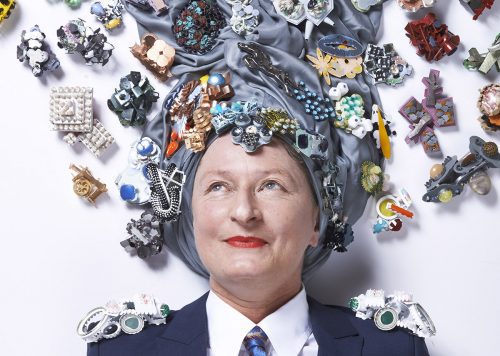 Helen Britton is known for creating bright jewels that are just as likely to include recycled plastics as glittering precious gems. 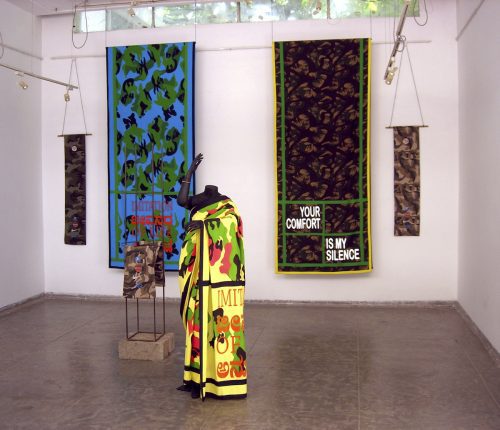