Currently the Biennale of Sydney is closed until further notice. You can find out more about the artist and her work here.

Anna Boghiguian’s considerable body of work sprawls in so many directions that it might initially seem an overwhelming world into which to dive. After all, her creative life has spawned drawings, paintings, photography, sculptures, sound pieces, textual works, installations of many kinds, artist books and ‘visual journals’. However, amid this versatile and eclectic output, there are some constants: her work is consistently dazzlingly rich, multi-disciplinary, socially and historically engaged, and often rather chaotic.

For several recent projects, she has chosen to confront the machinations and evolution of capitalism by focusing on the industries or commodities that have historically underpinned economies and society in various parts of the world. For example, The Salt Traders, as part of Istanbul Biennial 2015, was, as she says, “on the trade of salt and its role in our lives.” Another exhibition, The Loom of History, in New York in 2018, covered the cotton industry in the United States and beyond, its indelible links with slavery and its impact on Native Americans. She has also explored the importance of denim to the French town of Nimes with A Walk in the Unconscious, 2016; and tin mining in Cornwall for A Tin Drum that has Forgotten its Own Rhythm, 2019, a new work that appeared as part of a retrospective show at Tate St Ives last year.

Her contribution to the 22nd Biennale of Sydney promises to be something of a departure as, unlike the aforementioned shows, it does not appear to centre around a particular material or product. Yet it retains her soulful sense of compassion toward those for whom the progress of history has been brutal—not to mention a spirit of protest and dissent. Boghiguian is turning her attention directly to people—particularly those who have suffered disenfranchisement, alienation, persecution and worse.

“My exhibition in Sydney is about and around exile,” she says. “As an Armenian, the concept of exile and genocide is not unfamiliar.”

“The materials I am using are textiles, paper, wood and metal. The theme is of being uprooted or exiled by colonialists that conquered the land and displaced those who were settled there.”

“It’s also about exile because of war, where superpowers resolve conflicts within your territories rather than theirs, leaving destruction and conflict that is not easy to resolve. A cultural genocide takes place, and a human tragedy.”

Given that Boghiguian travelled to Melbourne in January to create the new work, one might guess that the artist is drawing on some aspect of Australian colonialism and Aboriginal history when dealing with exile and genocide. That, however, is not quite the case; Boghiguian is seeking to explore the universal crimes of colonising forces throughout history and across the world. And in doing so, she touches on the wider Biennale theme of ‘nirin’ or ‘edge’.

“I am using exile and edge in a global manner and not linked to one specific place. When people are exiled they are pushed to the edge regardless of colour, breed or territory.”

Boghiguian was born in Cairo in 1946 into an Armenian family—her grandparents survived the Armenian genocide of the 1910s and 1920s. Her education foreshadowed the directions she would take in her career as an artist: a degree in Political Science at the American University in Cairo, followed by Arts and Music at Concordia University in Montreal. In a 2019 interview with the Financial Times, she credited her time in Canada—which was a sharp contrast to Egypt under the authoritarian rule of President Nasser in the late 1960s—as her most formative period in becoming an artist.

Her career began properly in the 1980s. The remarkable drawing, Self-Portrait as the Three Corinthian Women, 1981, was one work that saw her gain traction—it featured at the Tate St Ives exhibition. She soon settled into an idiosyncratic style that combined those socio-political narratives with myth, legend, and the carnivalesque.

Though based out of a studio in Cairo, Boghiguian is often described as leading a ‘nomadic’ or ‘itinerant’ life. Her regular travels have, perhaps along with her Armenian lineage, been the most important influence on the development of both her aesthetics and her political motivations—particularly her journeys through Asia and the Americas, with their sometimes turbulent political environments. And as evidenced by her time in Melbourne, her modus operandi is to create her works in the country in which they will be exhibited.

The recent show at Tate St Ives, and the one in New York, were significant milestones for Boghiguian, in that they were her first solo exhibitions in the UK and US respectively. Her first trip to, and exhibition in, Australia, is also a testament to the longevity and ongoing colour of her career.

“Those exhibitions have enriched my knowledge of the world, and made me aware of where the world stands when it comes to the ordinary workers, and how the world’s resources are used and expired.”

Her work is, therefore, a unique combination of the social and the environmental. And in a way she is the perfect encapsulation of ‘nirin’ or ‘edge’. If we regard ‘edge’ as a reference to art from the margins, experimental in nature as well as dealing with the fringes of civilisation, Boghiguian fits the brief. Alternatively, if we interpret ‘edge’ as being the precipice towards which we are hurtling as a result of ecological collapse and cultural ennui, her work taps into this idea too. The Biennale of Sydney work promises to be another explosive, playful, withering, dialectical instalment in her career. 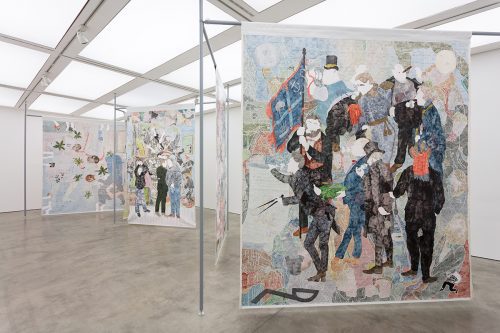 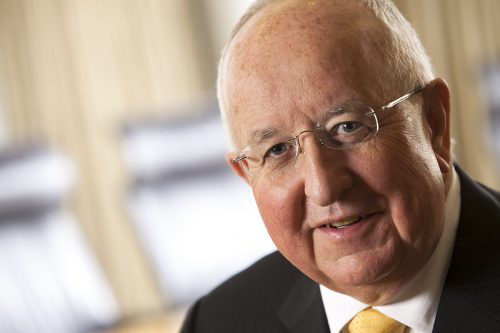 Minister for the Arts Mitch Fifield announced on 21 April that Sam Walsh AO has been appointed the next Chair of the Australia Council for the Arts. Walsh succeeds outgoing Chair Rupert Myer AO and will commence a three-year term on July 1.