For years I have been inspired by the stories and images of the Torres Strait islands above Cape York.

These stories and images come through artists, their work channeling sights, sounds and silences; the darkness of the waters, the brightness and intricacy of the strait’s constellations at night and the calls of its many different animals.

All of these elements are integral to conversations with senior Badu Island artists Alick Tipoti, Laurie Nona and Joseph Au. They understand the sound of the dugong in the water; read the intensity of breathiness to determine an animal’s size, weight and gender; know in the darkness that an expulsion of air emerges from the blowhole of a dolphin. To extend their stories they sing songs to grant access to places both private (although not sacred) and public.

In February this year I travelled to Badu courtesy of KickArts Contemporary Arts, the Cairns-based organisation that is hosting a major exhibition of prints concurrent with the 2016 Cairns Indigenous Art Fair.

From Brisbane, it involved three flights, taking the better part of a day to get there, ending with a charter to Badu from Horn Island. Flying in low over clear, shallow water, I could spot coral cays, sting rays and dugongs between Badu and neighbouring Muriag.

Set high in the straits, Badu connects as strongly to Melanesia as it does to Australia.

This inbetween geography, remote from urban centres, has shaped its history, superstitions and belief systems.

The Badu Art Centre was established in 2008 and in recent years has thrived under the direction of artist Laurie Nona. It is a hive of activity during our visit, as artists worked toward the KickArts exhibition.

Sageraw Thonar–Stories from the Southeasterly Season: Contemporary expressions of cultural knowledge from Badu Art Centre has been taken on with alacrity, a follow-up to the platform accorded at last year’s Sydney Contemporary Art Fair. The exhibition’s theme relates to the events and natural phenomena that occur during the season of the southeast wind, generally from May to December, and has generated dynamic imagery, ranging from the dugong and turtle to historical stories with a contemporary inflection.

This theme has elicited strong responses; the weather is all-important here. A gloriously waterlocked place, Badu possesses a physical beauty that is interwoven with its superstitions and stories. While the dark histories – for example, headhunting and cannibalism – are living memories here, respect for nature, culture and ongoing spiritual beliefs are strong and invested in prints about the stories and events of this season.

The printmaking tradition that has emerged from the Torres Strait Islands since the 1990s is based on the woodcarving originally used to express stories and create masks for the dance traditions. The newest innovation in the printmaking form has a characteristic unique to Badu, with every artist developing a signature mark that is their imprimatur. While artists work with their family totems, they now express these images with an infill that is their own.

The most senior of the artists involved are Tipoti, Nona and Au, and their experience is an inspiration for many of the younger and newer talents emerging on Badu. Other key artists contributing work include Aiona Tala Gaidan, Michael Nona, Matilda Nona and Edmund Laza.

“I lived my life on the island,” Au told me, “while [Nona and Tipoti] went to Brisbane and other places. The three of us are vocal in the community. We were lucky: in our generation we caught the tail of language.”

Au’s works describe the hunting crocodile during the season of the southeast wind (Aypulumay, 2016), the thorny stingray that may only be seen during the thunderstorms (Tupmul, 2016) and his dugong totem (Dhangal, 2016).

Tipoti’s cultural leadership is visible in his interest in linguistics and language preservation on the island. His art has an international presence, forming part of an exhibition at Monaco, Australie/Australia: Defending the Oceans at the Heart of Aboriginal and Torres Strait Island Art. For the KickArts show, he is showing three dynamic prints that describe the reproductive cycle of the dugong (Puru Dhangal, Kazilayg and Apu Zaazi, all 2016).

The emergence of the first major linocut print from a woman, Matilda Nona, is particularly exciting within a tradition that has been dominated by men since its inception. Nona is keen that her work has a subject matter different to that of the male artists, and for this exhibition has contributed her first two-metre prints: one about the turtles visible during this season (Arau Warul, 2016) and the other recalling her childhood memories of collecting yams (Wild Yam, 2016).

The tour de force of the exhibition draws on seafaring, Badu style. Laurie Nona’s epic two-metre print, dedicated to his father Philip Nona Senior, is titled Badhu Harbourka, 2016. It narrates the pearling history that brought the Nona family to Badu Island, the historic use of the diving bell and the very real dangers that these divers experienced.

As a key community member (Nona is chair of the native title board and recently elected a local government councilor for Badu), he is heavily involved in the environmental management of a fragile ecosystem. “In our belief, song, dance, language, culture belongs to everyone. You learn from parents, and it is a gift to you to pass on in an oral culture.”

At the heart of these works are the big skies, abundant sea life and strong sense of family, spirit and culture that defines Badu. Through contemporary innovations, they continue an aesthetic tradition in a way that is lively, dynamic and compelling. 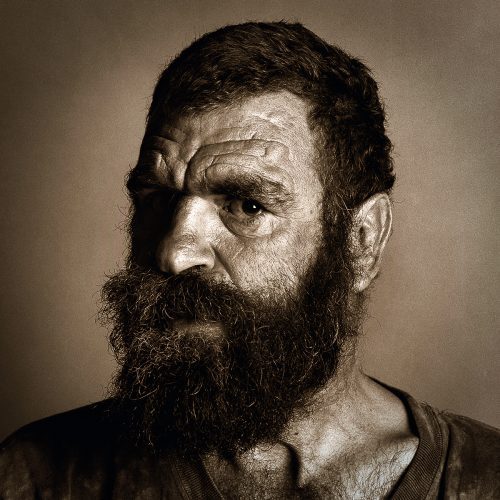 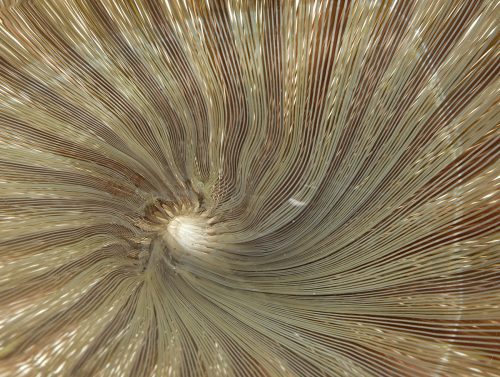