The darkly moody, labyrinthine underground galleries of Mona, Hobart’s Museum of Old and New Art, would seem a perfect movie setting for life on a Dyson sphere, a hypothetical megastructure that surrounds a star and captures most of its power output. The sun might be on the verge of extinction but at least there will be new art to excavate.

Welcome to The Unmanned, long-time French artist collaborators Fabien Giraud and Raphaël Siboni’s four-year project that made its Australian debut with part one at Mona in February. The first part consisted of eight large format films about the history of computation that were played in reverse chronological order, beginning in 2045, a year noted by futurists as a tipping point of “technological singularity”, heralding an unstoppable process of change. Part one closes on June 18.

Part two will be filmed at Mona on June 19 and called The Everted Capital, casting much further forward to the demise of the sun, the “ultimate capital”.

Giraud and Siboni will direct two-dozen actors having a go at life on a Dyson sphere in the year 7231 in a 24-hour durational performance.

The film archive will then be installed at Mona from June 20 until February next year, surrounded by sculptures based on the collection of the 19th-century British archaeologist and ethnologist Augustus Pitt Rivers whose research and collection of artefacts ranged from the Paleolithic to Medieval times.

Giraud tells Art Guide Australia that Mona already looks futuristic. “In order to build a Dyson sphere, you need to dismantle the planets of the solar system, because you need the raw material to build this gigantic structure, given the size of the sphere or the ring is gigantic. It would be a very thin layer of matter; it would have no depth. So we’re thinking the depth of Mona, from the ceiling to the underground, is the depth of the structural layer. We think it works perfectly. “People who would grow up on such a structure would have no idea what the Earth was; it would have been dismantled for so long. In the dialogue, they will try to remember what the Earth could have been.”

Augustus Pitt Rivers’s collection of artefacts – specifically, the blades – is a curious choice of inspiration for the show’s sculptures, given he was part of a British empire and therefore a Eurocentric view of the world. Why Pitt Rivers?  “He was close to Darwin and had this impossible dream of trying to apply Darwin’s ideas of biological evolution to cultural evolution and the evolution of artifacts, that you could have an evolution tree of artefacts, and see the progress of artefacts.”

Software technology built for the purpose by Munich-based coder and artist Mario Klingemann will give the new blade sculptures the “logic” of Pitt Rivers. Inputting blades from Pitt Rivers’s artefact collection, the artificial intelligence applies artefact taxonomy, a supposed order of things, to propose new objects, which will be made by craftspeople. “The figure of the blade is crucial to this whole story,” explains Giraud. “The idea of a ‘first trauma’, something that severed us from our environment, from nature. We are always multiplying the cuts that sever us from our ground.”

Giraud and Siboni met in a documentary class as art school students in 2003. They started collaborating in 2007. Each found the other’s dialogue enriching, says Giraud, testing ideas on one another, even though “we have quite different ways, and are very different in character. Maybe that’s why our collaboration holds”. Foregrounding their poetic artist manifesto, Giraud and Siboni have written, “Cinema is not simply the invention of a rhythmic drive mechanism for film to render the world’s movement, but the act of producing new bodies and new rhythms. The cinema has nothing to do with representation. It is a point of morphological inflection.”

How might audiences experience cinema in future? Giraud is unsure. “Cinema was the main driver of the 20th century as a cultural artefact,” he says. “There’s also a kind of political subjectivity it has created. We’re using that as some kind of zombie medium. Our project is addressing the subjectivities to come, but with a medium from the past century.”

As technology speeds up, are we making ourselves redundant, even sewing the seeds of our own destruction?

“I think we’ve always done that, destroying ourselves. There was no original Eden garden. The very essence of humans is to have no essence; people say we will be overcome by technology, but we have always been surpassed by technology.

Can human beings ever unlearn wasteful consumption habits? “Yeah, of course. We’ve always been surpassed and formed by technology. We need to realise that and orientate it in the right ethical and economical and political way. But [The Unmanned] is in no way a negation of technology. In no way is it a primitivist take. “It’s more about realising that, as humans, we are artefacts, we are technologised entities.” 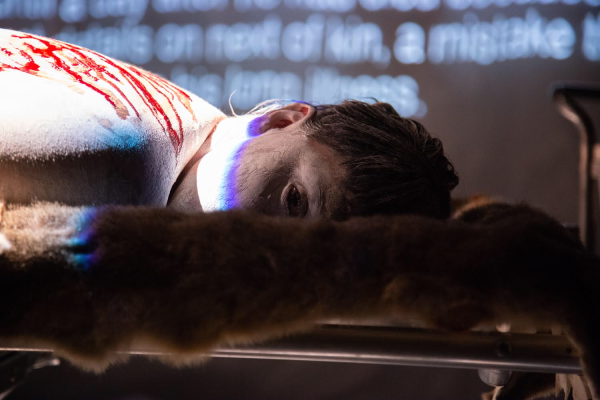 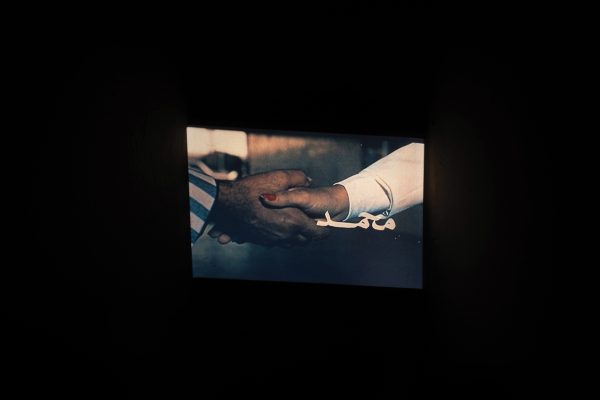