The question was posed to four Melbourne curators, ‘what are you currently excited about in the Melbourne art scene?’

I’m excited not only about what First Nations artists are doing within the gallery space in terms of disrupting colonial practice but outside in the landscape through interventions and memorials. Recently artists such as Reko Rennie, Vicki Couzens, Megan Cope, Ray Thomas, Robert Young, Arweet Carolyn Briggs and Glen Romanis, to name a few, have worked alongside Melbourne universities, local councils, Aboriginal organisations and spaces like Blak Dot Gallery in Brunswick to share culture and to make a statement; we are still here.

Our work and success is not purely defined by Indigenous art hanging in the galleries or museums, it takes on other roles when seen out of the white cube and can connect to both the land and the people whether you are of settler decent, new guests or First Peoples. The power lies in the connection community can have to the work. It can promote healing and inspire people to want to know more and feel pride in the First Peoples history of this country. I’m excited to see more of this, more young First Peoples artists creating expressions of culture through public art and artists creating more memorials. I want to see political interventions in museums and galleries and connections made. Ultimately I am excited about celebrating how DEADLY we are because the reality is, First Peoples are making some of the most important work in the country.

The way artists are organising exhibitions, projects, galleries and platforms outside the formal structures more than a decade ago is very exciting. In the 2000s there was a push towards professionalisation that led us to believe everything needed to be formalised and ‘sustainable’, and consequently emerging artists were paying huge amounts to show at artist-run spaces or seeking to shape their practices to suit market interests. There has been renewed interest in working outside the predetermined models — perhaps recalling the vitality of Melbourne in the 1990s — and an increase in artists putting on exhibitions wherever they can: garages, houses, parks, as well as platforms like Recess.net.

Of course this move to self-organize also speaks to the fact that Australian artists still lack options for funding and exhibiting; never more so than in this time of reduced government support for the arts and rabid, rabid development of studio and gallery real-estate. It can also take a huge amount of energy and resources by artists and so isn’t a replacement for ample support and funding. Nevertheless, this impulse is a good reminder that art doesn’t necessarily exist in particular contexts, institutions, and markets, and that artists don’t always adhere to the perspectives of arts professionals, audiences, policy makers or patrons. At its heart it shares something with movements such a Fluxus, as an insistence on art’s fluidity. Something as ephemeral and possibly overlooked: a performance work in a park with five people watching might bring forth something impossible in other contexts; a reconsideration of value, access, and intimacy for example. The work happening in these spaces reminds us that fortunately art refuses to adhere to the range of priorities that we might try to ascribe it; whether they by aesthetic, economic, social, political or use values.

I am excited about a current interest in the properties of colour. The subject matter of these works is colour — as its own entity and not just descriptive of something. This materiality of colour is manifested not just in painting but a variety of forms including projection. Whilst artists have been working in this area for generations, what is exciting for me is that there seems to be a renewed interest in colour manifested as light. Light is not just about the object you see, it’s about the entire aura generated by that object or more specifically, the atmospheric charge that each object emits. You stand in it, you breathe it in and you are consumed by it.

Several of the artists who work with light also work with reflective surfaces. It seems that there is also a renewed interest in the sorts of illusions (and realities) made possible through filters, lenses, plastics and mirrors. The lines between experiences of art and experiences of architecture are blurring and light, like architecture, has a strong spatial component. For me it’s no accident that an attention to light is emerging at a time we people are interested in fundamental questions about the reality of the space that we occupy and the world that we inhabit.

Architecture is an increasingly important topic of critique in the Melbourne art scene. People working in the arts are thinking about the socially codified nature of the spaces that we inhabit daily, highlighting what is otherwise simply overlooked. It frequently operates as a homogenising force, regularly making invisible the voices of those who do not conform to white, heteronormative or cis-normative frameworks (just to name a few). So artists are now asking what is unseen in the built environment? And in what ways might some structures, even unconsciously, benefit particular people over others? Of course, it is impossible to say that an architectural current is typical of Melbourne only. Rather, it is a global topic of concern that the Melbourne art scene is enmeshed in. Indeed, Monash University Museum of Art’s recent exhibition Unsettlement, included works from both Australian and international artists — Archie Moore, Jill Magid, Monica Bonvicini, for example — and is an example of the various ways that artists are approaching architecture as a subject matter of extreme socio-political importance, as opposed to, say, the Bauhaus — the early 20th century German school dedicated to the meeting of practical artforms, such as architecture, with fine art.

This article originally appeared in THEN, NOW & NEXT, our newspaper publication which coincided with Melbourne Art Week, August 2018.

The century-old Castlemaine Art Museum (CAM) will be closing its doors this August due to ongoing financial pressures, falling revenue and rising maintenance costs. 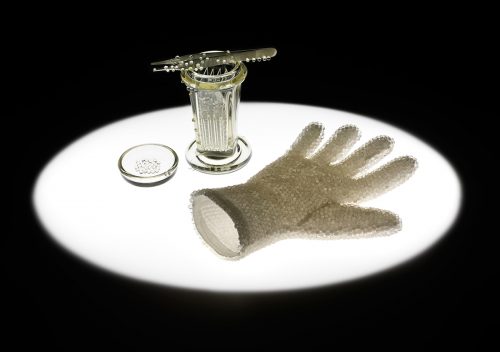