Artist Helen Johnson was born in 1979 in Melbourne, or Naarm, she says, using the word of the Wurundjeri people of the Kulin nation, and grew up in the eastern suburbs. Her English parents had migrated to Australia four years earlier. The lineage of Johnson’s satirical take on Australian colonialism can be traced to both a teenage love of surrealism – she admired US artist Dorothea Tanning – and a concurrent political awakening about Indigenous dispossession borne of listening to music.

“I was taught nothing of Australia’s true histories at school,” says Johnson, whose exhibition Warm Ties has come to Sydney’s Artspace gallery after being seen at London’s Institute of Contemporary Arts. “I went to a state primary school where we used to have an annual ‘colonial day’ where we all had to come dressed in ‘old fashioned’ clothes, sing convict folk songs in assembly, and line up to get the pretend cane. There was no mention of invasion or of anything to do with Indigenous people. It was perverse. I started learning about those histories listening to Archie Roach and Tiddas in my early teens.”

When Warm Ties was shown in the UK last year [2017], The Guardian newspaper headlined the exhibition’s subject matter of fat landowners farting the national anthem and gentleman passing around bribes as “ferocious anti-colonial art”, without explicitly mentioning the British themselves were the colonisers. “That headline grated on me,” Johnson argues. “I don’t see my work as ferocious. I am also dubious about the idea that you can be anti-colonial when you are part of a colonising society and a beneficiary of colonial processes. You can question and reflect on those conditions, but you are still part of them.”

While the British audience of her work was hungry to know more about Australian history, Johnson says it’s not uncommon to hear distanced, disconnected moralising in the UK about the terrible things “they”, meaning Australians, “did over there”.

Australia Day, Johnson bluntly informed The Guardian readers, “commemorates the landing of Captain Cook and the commencement of genocide and dispossession in Australia. But it’s a public holiday where everyone has a barbecue and gets drunk”.

Johnson tells Art Guide Australia she doesn’t know if the national day will ever be changed from January 26. “I have heard some Indigenous people object to the proposal to change the date, saying rather that it should be preserved and observed as a day of survival and mourning,” she says. “The idea of moving it to ‘M8’ (May 8) is part of the same overlay of fake joviality that boils down to denial and an abrogation of responsibility.”

Johnson, who lectures in art at Monash University’s Caulfield campus, keeps a studio in an Eltham factory building in Melbourne’s north-east, near a river surrounded by trees and birds. Does she feel implicated in the brutal truths of white Australia? “As a white person of British descent, though I am first generation ‘Australian’, I am a beneficiary of colonisation,” she acknowledges, “and benefit from that situation every day”.

In her art, Johnson uses a lot of moulding paste, and several glazing mediums: self-levelling gel, gloss medium and GAC-100.

“I don’t really use a palette,” she says. “I mix colours separately to a consistency like pouring cream. I switch between stiff brushes and soft moppy ones depending on the job. I use silicone brushes to cut into the moulding paste. There’s a lot of masking and layering, and it’s only at the end that it all gets pulled off and the painting comes into being.”

One of Johnson’s works in Warm Ties, Impotent Observer, shows an amorous clench between two men. Does the nation’s ongoing nervous breakdown over same-sex marriage say something about its rigid take on masculinity? “Perhaps. I mean the argument put forth by [Federal Liberal backbencher] Kevin Andrews, about his cycling buddies [the backbencher likened same-sex relationships to his affectionate friendships with fellow male cyclers], was nothing short of absurd. If only it were the high parody of deep repression that it came across as, instead of the real thing.”

In the week we spoke, the Turnbull Government had unilaterally rejected the Uluru Statement from the Heart and the referendum to establish an Indigenous representative body. The prospect of a Treaty seemed highly unlikely. Does Johnson retain any optimism this country might achieve true reconciliation with our first peoples?

“It seems likely to take a long time and a complete governmental culture shift, for starters,” she says. “Turnbull’s ‘the electorate will never go for it’ was utterly disingenuous and offensive. Their paternalism is interminable. Meanwhile we continue to look away, as a society, from our shallow roots and rotten foundations.” 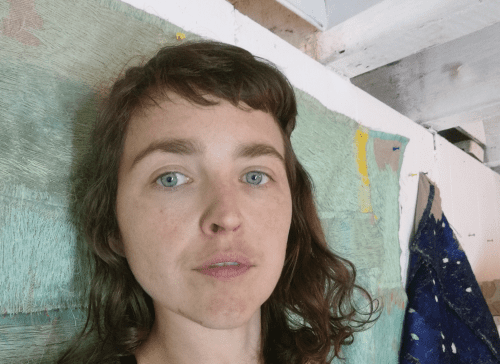