In 1975, 38-year-old Juanita Nielsen walked into a Sydney nightclub. She did not walk out. Her story has everything you could want in a true crime mystery: a beautiful heiress, gangsters, a cross-dresser obsessed with Marylin Monroe. And let’s not forget police corruption, greed and murder. It’s not surprising that the tragic tale of her short life and unsolved disappearance has inspired movies, books, TV specials, newspaper articles, and now a multimedia installation by Sydney-based artist Zanny Begg titled The Beehive.

Despite the fact that she was the heir to the Mark Foy’s department store fortune, or perhaps because of it, Juanita Nielsen spent the last years of her life fighting property development in the then low-rent neighbourhood of Kings Cross. She was an outspoken activist and publisher of an independent newspaper, and she played a key role in instigating the Green Bans that saved much of Sydney in the early 1970s. Many people, from her former lover, to the coroner who reviewed the case, and the girlfriend of the prime suspect, think she was killed for it. But her body has never been found and no one has been convicted for her murder.

The open-ended nature of this true story is reflected in the video Zanny Begg presented in The Beehive. Or at least it was meant to be.

In Begg’s film a dozen different people represent Nielsen, all wearing a striped top and her trade-mark beehive hairstyle; both a nod to surviving photos.

The various filmed fragments, including dramatic re-enactments, interviews in and out of character, and lush colour saturated images of bees and flowers shedding pollen, are meant to be randomly selected to form a total of 1,344 versions of the film. But on the day I visited, it wasn’t working at all, then, an hour later, the film was going but it was only showing the same version over and over.

However, I’m not sure this really mattered since few visitors are likely to watch over a thousand different versions; two maybe, at most.

The idea that there wasn’t a fixed version of events came across through multiple retellings of the same story, slightly tweaked each time, and the blending of interviews with people that really knew her. Actors delivered portentous lines, presumably written by Begg, that are her projections of what Nielsen might have said, had she been capable. The best of these was chilling: “The puzzle of who killed me lies at the heart of this city. If you can solve that puzzle you will save the city.” But she’s wrong.

The beautiful heiress understood that property developers were threatening the city she loved. We know this too and still they are rampaging through Sydney, tearing its heart out. Nevertheless, in a twisted, horrible way Nielsen won. Her property (one of the many she was fighting to save) still stands and is now listed as a historic house. And here we see the final compelling ingredient in the Juanita Nielsen story: irony.

This article originally appeared in the March/April 2019 print issue of Art Guide Australia. 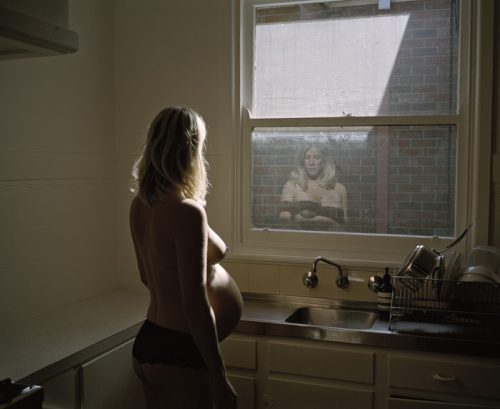 This year women have won all three awards in the National Photographic Portrait Prize including the top prize, the Highly Commended award and the Art Handlers’ Award. 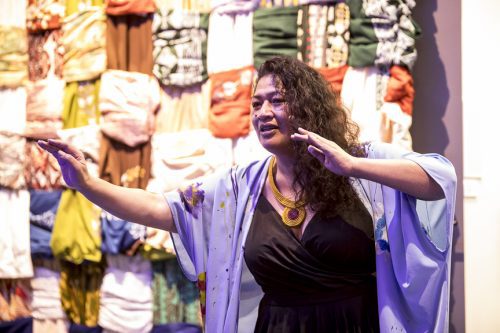 We are living in urgent times courtesy of the climate crisis, with people from Pacific islands suffering more acutely than most.