The Art of Motherhood

The Art of Motherhood

Eight contemporary artists turn their attention to the joys and challenges of motherhood in Stockroom’s group show MUM. Curator Clare Needham was inspired to put the exhibition together by her own personal experience.

“I became pregnant in 2013 and predictably I started to become increasingly aware of a groundswell of artists making work about motherhood,” she explains. “When my daughter was six months old, I was invited to join an Art Mum’s Group – a loosely-formed group of female artists grappling with the push and pull of maintaining a creative practice while juggling family and work responsibilities or endeavouring to reconcile their newfound or impending status as a mother with their desire to maintain an ongoing practice in an art world not geared towards supporting the realities of parenting.”

While Needham insists that the exhibition was not conceived as an overtly political act, she is also well aware of the feminist tenet “the personal is political”. So it comes as no surprise to find that this highly personal show has a subtle political edge.

As our conservative politicians wrangle over the niceties of exactly what makes up a family and who has the right to get married, the very inclusiveness of MUM is a political gesture.

Needham’s selections remind us that egg meets sperm, followed by nine months gestation and nine hours labour, is not the only way to become a mother. And MUM also points out that maternal feelings are not reserved exclusively for those who have children.

Catherine Bell’s practice draws on the strong maternal bond she feels for her dog. “Catherine’s new work for MUM extends upon her interest in interspecies maternal relationships: human to animal and animal to animal,” Needham says, “like the recent story of the monkey in India that adopted an orphaned puppy, proving that motherhood is a primal instinct.”

Kate Just created a knitted suit of armour for Hope, her adopted daughter, who she is raising with her partner Paula, as well as a set of woolly gauntlets for herself that bear knitted scars.

Clare Rae, Nina Ross, Hanna Tai and Meredith Turnbull are all members of Needham’s Art Mum’s Group. “These are artists who don’t usually make work about motherhood,” she says. “but, like me, the experience of becoming a mother has naturally infiltrated their practice and influenced their recent work.”

For her 2015 photographic portrait project thisplace, Nelson captured mothers literally obliterated by objects that symbolise their daily realities. In one portrait a mum is completely covered in soap suds beside a sink full of dishes. Another woman stands in a supermarket aisle shrouded in disposable nappies. In the most troubling image a mum lies in a heap on the kitchen floor under the rubble of broken Weet-Bix and spilled Corn Flakes.

Gofton’s images are even darker. They capture the everyday terrors motherhood can bring. “You are acutely aware that you are no longer responsible for just your own well-being but for that of another human. Your anxiety is doubled, your fear is doubled, your guilt is doubled, your uncertainty is doubled, but you inevitably are only really in control of your own self,” she explains in her artist’s statement. The fact that danger is ever-present is conveyed in Gofton’s oil paintings of children playing with potentially suffocating plastic bags.

MUM doesn’t trade on greeting card–style clichés. As Needham says, her project is “not a sappy, glorifying motherhood kind of show, but a raw and honest exploration of a collection of artists’ personal realities and other musings that hopefully visually articulate common or shared experiences.” 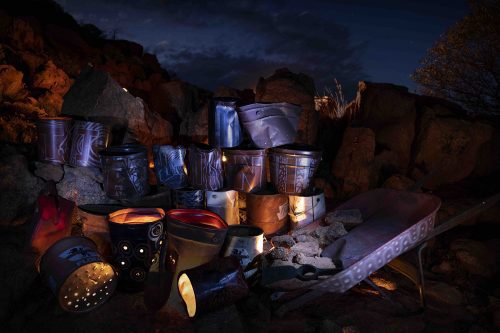 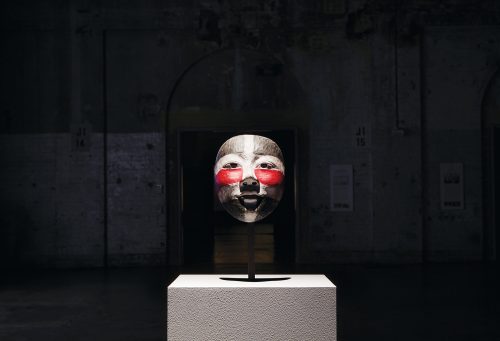