As an abstract painter with an enduring interest in modernism, John Nixon has always enjoyed exploring and absorbing material from allied fields. Beginning in the 1980s, though, he followed one particular research seam that has produced an unexpected result: a vast ceramics collection that now enjoys a life of its own.

Selections from Nixon’s 500-plus pottery collection covering the 1950s-70s were first shown publicly last year at Deakin University Art Gallery in Burwood. Its curator, James Lynch, says Studio Pottery from the John Nixon Collection revealed how one person’s special interest has transformed the act of collecting into something that now comprises a cultural treasure.

When Shepparton Art Museum (SAM) director Rebecca Coates saw that exhibition, she was impressed – and wanted to respond to the idea. After all, SAM is renowned for its ceramics collection and for its contribution to the strong resurgence in interest and practice in this field. Moreover, many of the artists Nixon had collected were also represented in the SAM collection.

The result is Collector/Collected, which puts the original Deakin show alongside the museum’s examples of work from that period. While the show has 220 pieces by 29 artists from Nixon’s collection matched with the SAM holdings, it goes even further, appending four artistic responses to the collections by contemporary artists Kate Daw, David Sequeira, Tony Albert and Geoff Newton.

These works, dispersed throughout the other two displays, are intended to make us look at the older works with a fresh perspective, but also to explore ideas about collecting, colour, shape and form. Daw’s new installation, for example, looks at feminism and modernist design, while Sequeira’s delightfully kitsch array of coloured glass vessels, which he uses in his own installations, provoke more formal reflections.

Nixon, whose successful art practice in abstract painting has received much attention during his long career, says his ceramics collecting began quietly in 1980 in Brisbane, where he then lived. While he had collected many paintings, prints and other objects that intersected with his own artistic output, ceramics unexpectedly became a new interest when his attention was drawn to the collection of a fellow artist. In collecting, Nixon began to focus on particular colours and the nature of their glazes, formal qualities that reverberated with his painting – and such examples in pottery, then and there, were inexpensive and easy to locate.

After Nixon moved to Sydney, the collecting continued, but it really took off in Melbourne, where he now lives, when he came to do a seven-month residency at Longridge farm in Warrandyte. There, he became interested in the modernist architectural qualities of the local mudbrick houses – made from the same mud that local potters were using, sometimes digging it up in their own backyards.

Nixon began to research the famed 1950s Potters Cottage cooperative and its members, then started visiting second-hand shops and buying pottery pieces from two particular collectors who had amassed thousands of examples. “And it built over the next eighteen years,” Nixon says. “At various times I was very actively involved in the searching and collecting. Now I’m not – I am happy to buy something if I come across it, but I am not out there like a detective.”

Looking for formal qualities – mainly shapes and colours – he had a specific focus in buying works. “It was totally to do with abstraction,” he says. “This is the expressionistic abstraction, mine is more the geometric abstraction. I am very fond of this ‘shadow’ of the geometric [in ceramics].”

With a long professional connection to Lynch, the move towards displaying some of the works Nixon had accumulated was a natural one. Lynch says Nixon’s collecting was of artists less well-known than those in the National Gallery of Victoria’s purview. “He was more interested in functional ware that was not highly priced, pieces to be used in the modern home,” Lynch says. Because of its daily usage, much has perished over the past 60 years. But Lynch sees these potters as exemplifying modernist ideals of beauty and functionalism, in addition to a kind of DIY attitude. “They set up a lot of artist initiatives in Melbourne back then – which is something John has also done throughout his career.”

Lynch has also noticed that while many of these ceramics were made around Warrandyte, a significant volume migrated to artists’ holiday homes as they began to buy properties bayside or on the coast, taking what were once considered “daggy pottery” to their second homes, along with Scandinavian furniture. 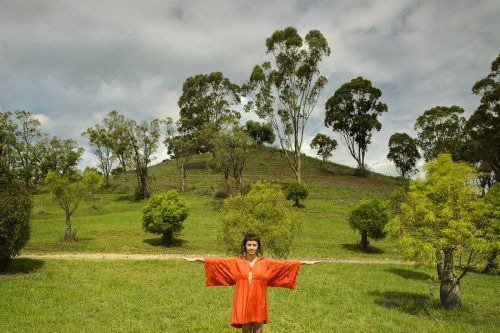 Sarah Goffman and collaborative couple Sonia Leber and David Chesworth have been allocated the two $20,000 NAVA Visual Arts Fellowships for 2017. 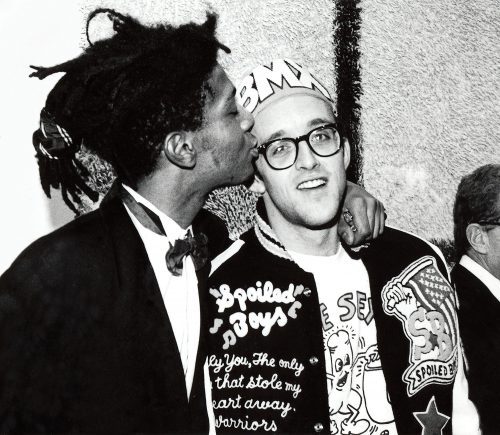 They were giants of the New York art scene of the 1980s, stratospherically popular with collectors and the public but snubbed by art institutions during their short lifetimes.