The Tennant Creek Brio are a collective of male Indigenous artists who practice on Warumungu Country in the Northern Territory. We recently spoke to the Brio in their studio spaces, hearing members talk through their collaborative practice, and about how art is a kind of “truth-telling.”

Although only active for four years, the Brio are currently showing at Artspace and Cockatoo Island for the 22nd Biennale of Sydney: NIRIN. Below, three of the collective’s artists – Joseph Williams, Jimmy Frank and Fabian Brown – talk through the symbolism of their compelling installations in the Biennale.

Jimmy Frank: We’ve got a poker machine with a spear through it and Rupert [Betheras, Tennant Creek Brio member] put some paint on the poker machine. The story around it, where Fabian and Rupert collaborated with the spear– we call it a one-eye man, with the eye on top. That one eye represents when the first colonisation first came in, when the white fella first came here. All they can see is the empty land and see how they can mine it. They didn’t worry about what’s on the ground or if somebody is living there or if anybody owned it. They just went straight there and just mined it all, and did what they wanted on that land. They didn’t care about Aboriginal people. So that one eye means they only see with one vision. The spears mean if anybody goes on someone’s Country back then or even today, you could pay for it. There was a protocol, and if you broke it, then you get speared. And that protocol hasn’t been recognised then, and even today – it hasn’t been recognised. So those spears mean that you get punished if you go on someone’s Country, looking with only one eye and not acknowledging the people on the Country.

Joseph Williams: Did you see those TVs on Cockatoo Island hanging over the meat hooks? They’re Simon’s [Wilson, Tennant Creek Brio member] TVs and it’s collaborative with other fellas. But the meat hooks they come from the meat works, the meat abattoirs we had here years ago. They [British colonisers] brought cattle here, and the cattle walked over the Country, damaging the Country.

Fabian Brown: And these days the cattle are still on the land today, it’s still happening.

JF: Going back to what Joseph said about those TVs, and those hooks, and that blood coming out of the TVs –  there’s a story with (cuz) Joseph that he talks about our connection to Country and our spirit and our land. And what he means with that blood coming out of the TV is that the Country is still hurting, and there’s still mining on our scared sites. It represents that we’re still bleeding. I keep saying this but it’s true with our blokes and our trauma and stuff, we are still bleeding.

JF: Part of this event in Sydney, in 2020, we want to move forward. And I believe us mob, as a nation to move forward, we need to tell these bad stories that our nation doesn’t talk about. For our nation to move forward, we have to heal. And there’s truth-telling that needs to be told, with our stolen generation. And I keep saying “nation” because I believe white fellas gotta somehow be a part of our culture too. There’s a community, but they’ve got to be part of our art or our culture. With our art we need to tell that story to those that don’t have connection.

FB: In these works, the bush trips are important for us and our art. A moving studio, where our elders saw the stars.

Please note that Cockatoo Island and Artspace are open. With public safety in mind, physical distancing, limits to the number of people in the galleries and hygiene measures will be in place. 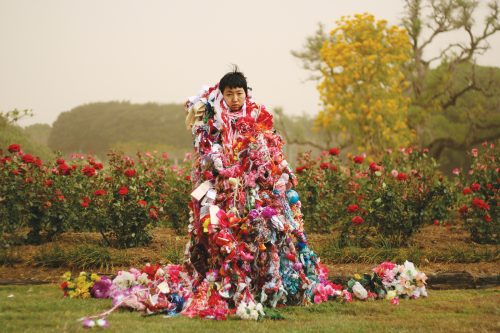 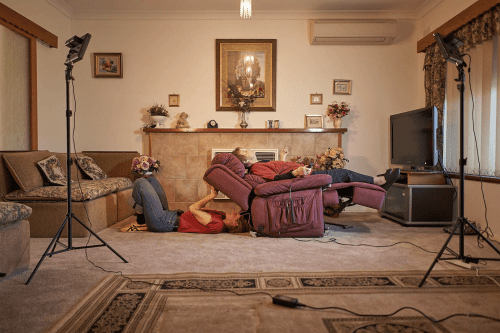