In his Sydney Morning Herald review of Sydney Contemporary 2018, art critic John McDonald described the art fair as “a virtual clash of civilisations.” With more than 90 Australian and international galleries taking part in 2019, the competition for attention can be likened to an arena of visual titans, with galleries prominently displaying their biggest and most bankable artists.

Eager to observe art push the boundaries of a large venue like Carriageworks, Andy Dinan, director of Melbourne’s MARS Gallery, participates in Sydney Contemporary every year. As a result, she employs a discerning eye to choose from her art cache. For the MARS Gallery booth, Dinan reveals: “I chose three female artists who have never shown at Sydney Contemporary before. I chose each artist simply because I believe in their work and their unique voice.”

One of these artists is painter Dani McKenzie. Recreating photographs and still images from films, McKenzie has recently been inspired by vintage home movies she found in the flea markets of Paris. Reimagining scenes of forgotten family vacations, McKenzie zeroes in on the flickering movement of the filmed imagery, making her paintings appear like blurry memories slowly materialising into view. Together with McKenzie, Dinan is also exhibiting new work by Atong Atem, Julie Irving and Daniel Agdag.

To cope with the massive scale of the four-day event, Sydney Contemporary is divided into categories such as Opening Night, Performance, Installation, Paper and NEXT. Also in the mix is Kid Contemporary, where artist Jason Phu is holding workshops to make Chinese masks with textas and cardboard. Reflecting further on her regular trek to Sydney Contemporary, Dinan says, “I think it’s a strong representation of what is happening in the visual arts sector, both nationally and internationally. Every year I witness the fair become bolder and braver.”

This article originally appeared in the September/October 2019 print issue of Art Guide Australia. 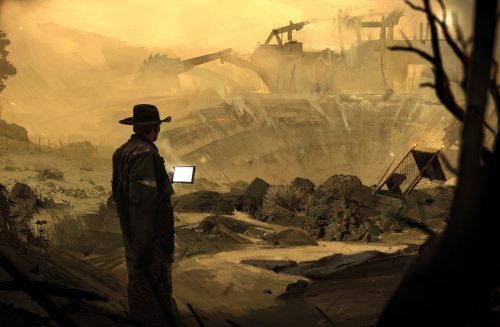 Art in the dark: Dark Mofo

Now in its seventh year, Dark Mofo transforms Hobart into a red-hued spectacle of art, food and music.