Blasco obsessively photographs urban scenes from multiple viewpoints that are almost, but not quite, the same. These are then layered, sliced, and folded to give his architectonic compositions of cities, subways, bridges and buildings volume.

The artist now lives and works in New York, and the energy of the massive metropolis provides inspiration for many of his structures.

In New York Wave, BW, 2017, ‘the city that never sleeps’ undulates sinuously across the gallery wall. Blasco’s monochromatic panorama travels 360°, yet it never comes full circle. In this way he seems to capture the atmosphere of endless possibility that infuses the city.

But along the edges of the artwork a slight glimpse reveals the balsa wood and cardboard scaffolding that holds up Blasco’s glossy photographic metropolis. We can literally see what lies beneath the shiny veneer, an apt metaphor for not only the hidden urban infrastructure that we take for granted, but also for the inequities that lurk (sometimes wilfully) unseen behind the glamorous image of cities like New York.

Elsewhere Blasco’s structures take on the temporal fluidity of film. We are presented with multiple views and moments and seem to take a journey while actually standing still. In Model 3, 2016, we are able to simultaneously see the subway platform deep underground; the next, still subterranean level where tickets are sold; the stairs leading up to the light; and finally the streetscape above. A whole urban commute presents itself in one zig-zagging composition.

This effect is magnified in Eiffel Tower, 2017, an image that exudes an almost overwhelming, vertiginous sense of simultaneity. In this hectic three-dimensional collage, tourist throngs are visible at street level; the city of Paris is laid out in the distance; and stairs, a viewing platform, and multiple girders criss-cross all at once. It is a heady rush of visual information, full of speed. And all from a static image.

In Paris Bridges, 2017, four black-and-white bridges arch up and over each other mimicking one of Escher’s infinite staircases. Blasco’s impossible Parisian architecture (coupled with its filmic qualities) naturally brings to mind Christopher Nolan’s 2010 movie, Inception, which also paid tribute to Escher. In the film the character Ariadne (Ellen Page) reshapes Paris into a surreal dreamscape in which gravity no longer holds sway and up and down have lost all meaning.

Blasco’s Structures and Passages achieves a similar effect, but unlike the big budget blockbuster, doesn’t rely on the magic of digital trickery. His objects really do exist, right here in real time.

Isidro Blasco: Structures and Passages was at Dominik Mersch Gallery, Sydney from 27 April to 5 May, 2017. 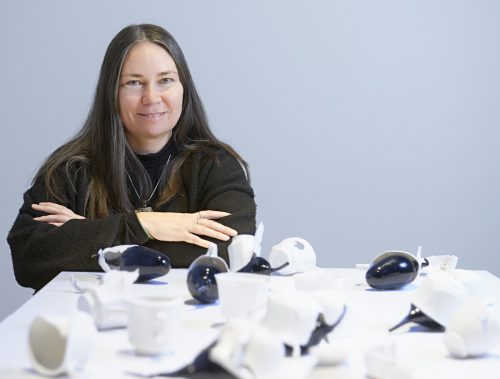 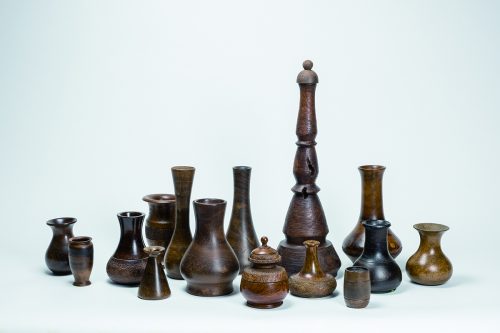 The 1967 referendum was Australia’s most unanimous ever, and a landmark of Aboriginal political history.