“The gallery spaces are flooded with energy; it is an amazingly uplifting and joyful feeling,” Terence Maloon exclaims. “I know that that sounds like a strange thing to say, but I can swear it.” The director of the Australian National University’s (ANU) Drill Hall Gallery is referring to the exhibition, Western Desert Sublime. All exhibitions tend to demand some approximation of this excitement – real or otherwise – yet, here, the words are grounded in sentiment. They feel genuine.

The show and Maloon’s excitement are the result of a recent gift to ANU by Craig Edwards: 120 Western Desert paintings. Collectively, the works are worth over nine million dollars, yet their value is not captured by this figure, which only gives a superficial sense of their rich depth. The collection captures a moment in time and presents the second wave of Western Desert painting, which came to fruition in the mid-1990s. This period saw the emergence of a number of older female painters in a space that, during the first wave, was overwhelmingly dominated by men.

“I think it was something absolutely novel that had emerged at that time, which turned Craig’s head,” Maloon explains. Perhaps most notably in the collection are the 34 paintings by Naata Nungurrayi, whose works can also be found gracing the walls of some of Australia’s most prominent public collections. “Craig really has given us the kind of collection that you would have in a major national museum,” Maloon says.

Indeed, the generosity of the donation almost strains the seams of the gallery, which is only able to display a quarter of the works. “I was overjoyed, and I was apprehensive as to whether the university would be able to handle such a responsibility, because large scale works take up a lot of room,” Maloon admits, when asked about the scale of the show. And he adds, “It is a very visceral experience – you have to see it to believe it.”

Edwards gifted his collection to the ANU, but according to Maloon, his generosity extends far beyond the confines of the institution. It is a gift to all of us. “If people think that they know Western Desert dot paintings, or are weary of seeing more, they really should check it out,” Maloon says. “Because if they are feeling jaded, this is exactly the kind of show that is going to shock them out of their complacency.” 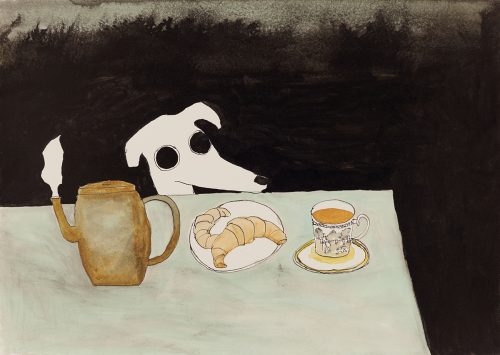 Presenting the work of six artists, Close to home is the second Dobell Australian Drawing Biennial. 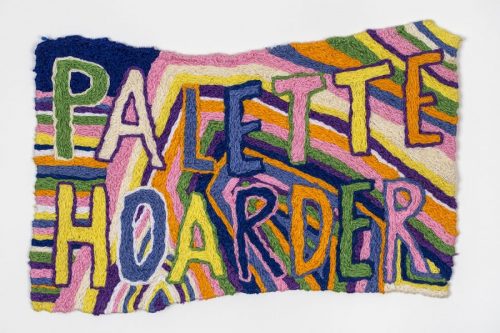 Raquel Ormella has wielded a needle to chart our cultural landscape in all of its intensities.