Sally Robinson has won the 2019 Portia Geach Memorial Award. The Sydney-based artist took out the $30,000 portrait painting prize for women with her self-portrait titled Body in a box.

This is the second time Robinson has won the award. In 2012 she was awarded the prize for a portrait of her late mother.

‘Winning the award for a second time is rather a shock,” admitted Robinson. “To win once is wonderful, to win twice is totally unexpected. But of course I am delighted and the prize money will finance more art production.”

This year the annual ward was judged by Samantha Meers, trustee of the Art Gallery of New South Wales (AGNSW); Natalie Wilson, curator of Australian and Pacific Art at AGNSW; and director of the SH Ervin Gallery Jane Watters.

They selected Robinson’s self-portrait from a field of 57 finalists.

In a joint statement the judges said of Robinson’s winning work, “We admired this bold and audacious portrait which demonstrates an understanding of tonal painting, composition and original technique. The confronting image of the figure contained within a box challenges our social perceptions around ageing and the body. The artist has cleverly used the construct of the box to break down the liminal space between the painting and the viewer.”

The Portia Geach Memorial Award has been running since 1965. It was established by Florence Kate Geach to honour her sister. The award is open to female Australian artists for portraits painted from life. The sitter can identify as any gender.

Works by all 57 finalists are on show until 15 September at the SH Ervin Gallery. 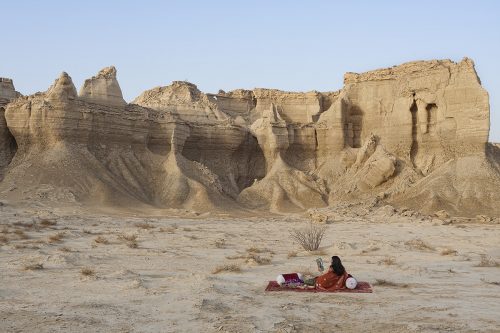 For the 12th Ballarat International Foto Biennale artistic director Fiona Sweet has brought almost 90 of David LaChapelle’s works to Australia as the centrepiece of the 2017 program. 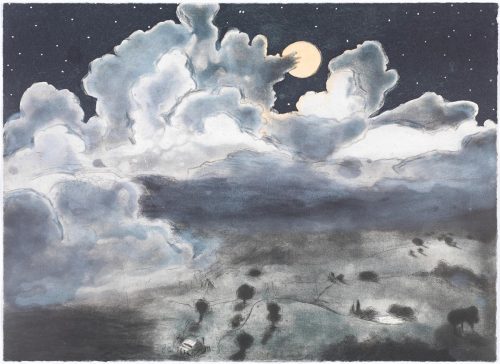