From Frida Kahlo to Leonardo da Vinci, the really famous artists tend to be from elsewhere and long gone. But every year the South Australian Living Artists (SALA) Festival turns the spotlight on local artists who are still going strong.

Throughout August the SALA Festival will present the work of 6282 artists across 560 venues in Adelaide and the surrounding regions.

Highlights include: jeweller Catherine Truman’s solo show, No Surface Holds, which is part of the JamFactory’s Icon series; Domestic Arts by Sera Waters at ACE Open; and Avatar by Christopher Orchard at the Art Gallery of South Australia. In conjunction with his Art Gallery of South Australia (AGSA) solo show, Orchard will also be conducting a drawing class in the gallery.

Orchard is the 2017 SALA Featured Artist and the subject of the SALA monograph, Christopher Orchard: The Uncertainty of the Poet. Since the turn of the 21st century he has been painting and drawing a stocky bald gent in a suit and tie. In addition to the AGSA show, Orchard’s portly man can be found in a solo show at BMG Art.

It was also announced last week that glass artist Clare Belfrage will be the SALA Festival Featured Artist for 2018.

Now in its 20th year, with some 660 events, including hundreds of exhibitions, cycle tours, a Dada inspired dance, an art dinner party, drawing classes, lectures and 120 open studios, the SALA Festival proves that art in South Australia is alive and well. 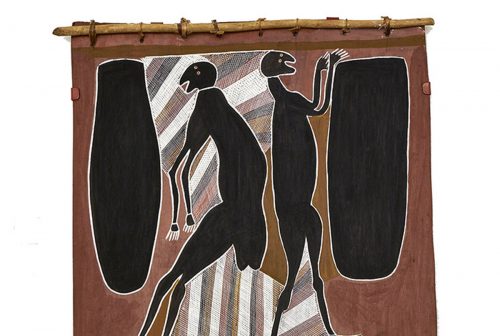 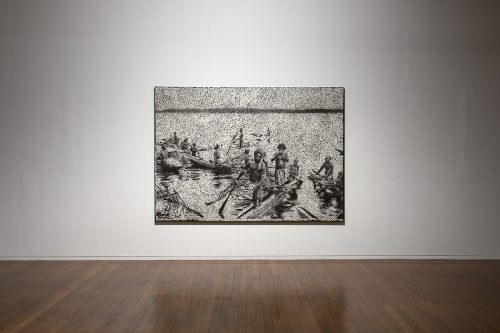 The early evening launch of Daniel Boyd’s Rainbow Serpent could not have been better timed. After stepping into the darkened gallery space, soft evening light spilling through circular cut-outs at the far end of the room immediately captures my attention.