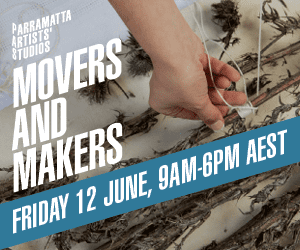 Melbourne-based artist Ruth Höflich has won the 2019 Georges Mora Fellowship which includes $10,000 and immersive access to the resources of State Library Victoria.

Höflich, who was born in Germany and studied in both New York and London before coming to Australia, says that she has always been interested in libraries and collections. “I find them interesting as sites where I can study how meaning is organised and knowledges emerge,” she explains.

The artist works between digital time-based video processes and analogue publishing techniques such as printmaking, artists’ books and photography. “So,” she says, “I am interested in the site between digital and analogue image culture and information processing. We kind of exist between both those worlds, and the library gives me the opportunity be immersed in the digital online space, while simultaneously it is an analogue site for a similar type of process.”

Höflich initially wanted to apply for the fellowship when she found the Alma collection, a repository for texts on magic and related paraphernalia, held at State Library Victoria. But she discovered that only magicians can access that collection.

“I guess it gives away too many of the tricks of the trade,” she explains. “But it got me thinking about the idea of studying magical practices, specifically in relation to our algorithm-dominant culture, as a sort of almost radical gesture to redefine different kinds of realities or different types of toolsets for measuring and predicting that deal with more unquantifiable or subtle realms.”

So while Höflich will begin her residency and research using magical practice as a starting point, she is open to the moments of inspirational serendipity that libraries can offer.

“I like the idea of the library as almost having a sort of psychic affect to it in the sense that when you start working with certain materials other unpredictable things emerge.The research sort of has a life of its own; things unfold and present themselves,” she says. “So I am looking forward to diving into that as a process.”

Visual artists Judith Martinez and August Carpenter also received recognition in the 2019 round of State Library Victoria fellowships. Martinez won the Amor Residency and Carpenter the Tate Adams Memorial Residency, both at Baldessin Press and Studio.