The skull is one of the most culturally recognisable, yet also highly malleable, visual symbols. Invoked by artists and poets alike, the motif refers to fear, danger, decay and the occult, while also having spiritual and, in today’s world, commercial resonances. Romancing the skull at the Art Gallery of Ballarat explores the ongoing visual appeal of the human skull, showing works from the Middle Ages to now.

As curator Julie McLaren says, “The skull has always been an iconic symbol, and it is frequently featured in art. This tribute to the skull poses the question, ‘Why has it been so fascinating for so long to so many people?’”

Questions of mortality and the passing of time are central to this fascination, and many works in the exhibition link the skull to both nature and symbols that represent our understanding of duration and decay.

The show also looks at political and rebellious uses of the skull, such as Daniel Boyd’s Jolly Jack, 2005, which features a pirate-like skull imposed over the British flag. Also featured are eX de Medici’s watercolours, which often use the skull as a motif to explore the workings of contemporary power.

Not only focusing on contemporary works, Romancing the skull includes prints by Mexican artist José Guadalupe Posada, which will be shown to Australian audiences for the first time.

Created during the late 1800s, and now linked to the Day of the Dead celebrations, these satirical works depict a series of skeletons playfully cavorting in the afterlife. Going back even further in time, the exhibition also features a Nuremberg Chronicle from 1493 which depicts one of the earliest Dance of Death images.

While the exhibition continuously blends the historical and the contemporary, there is one particular work that references both simultaneously: Shaun Gladwell’s virtual reality piece Orbital Vanitas, 2016. In this work a lone human skull, created in the vanitas tradition, orbits earth. Viewers are transported to outer space, prompted to watch as the floating skull gravitates towards them. 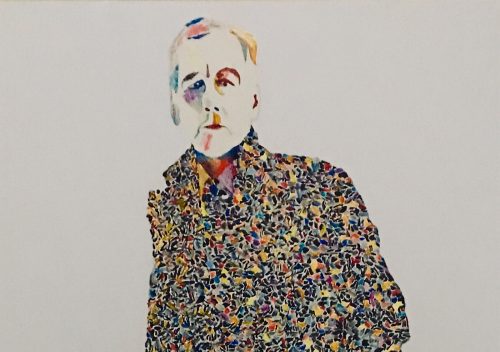 The artist known simply as what has won the $150,000 Doug Moran National Portrait Prize for 2019 with his portrait of Robert Forster from the Australian rock group The Go-Betweens. 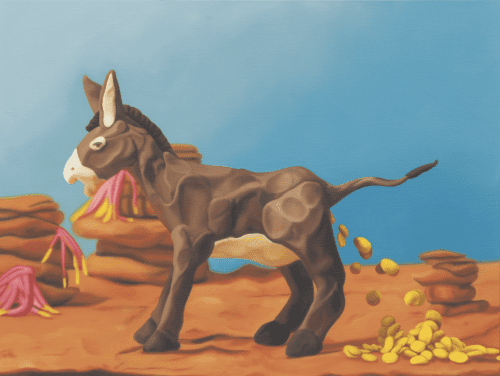 Amanda Marburg is “a painter, not a sculptor,” she maintains. Her works might have a starting point in film or fairy tale, or riff on a moment in art history, but it’s the modest ‘sketch’ in plasticine that lends a distinctive look to her work and has her reiterating her vocational calling.