For many people, their first encounter with Roger Kemp (1908-1987) is through the tapestries that hang in the Great Hall at the National Gallery of Victoria – NGV International. Commissioned by Dame Elisabeth Murdoch in 1982, the first of these was based on Kemp’s painting Evolving forms (1960–1965).

Despite their familiarity as a nearly constant feature in the NGV’s Great Hall, Kemp is not that well known. His limited popularity is a far cry from that of other artists of his time, including peers like Inge King and Jan Senbergs.

Gallerist Charles Nodrum, who represents the Kemp estate, has a few opinions as to why this is. “Abstraction has always been hard in Australia,” he says. But even among other abstract artists (like Leonard French, for example, whose stained glass ceiling in the NGV’s Great Hall casts dazzling hues on Kemp’s tapestries) he may be the least well known.“Kemp’s paintings are demanding paintings,” Nodrum says. “This type of work was never popular.”

But Kemp never strived to be popular.

In 1978 Patrick McCaughey, an ardent Kemp supporter, curated a retrospective of the artist’s career held across five venues in Melbourne. Now, 40 years later, a similar Kemp renaissance is happening in Melbourne – although on a smaller scale – with three exhibitions of the artist’s paintings being held concurrently: Roger Kemp: Visionary Modernist at NGV Australia, Roger Kemp: Works from the Estate 1930s–1960s at Charles Nodrum Gallery and Roger Kemp: Works from the Estate 1960–1987 at Eastgate Gallery.

The three exhibitions offer a comprehensive look at an artist whose career progressed from abstract figuration to heavy abstraction and then finally full abstraction, as Nodrum describes it.

Kemp’s earlier works have never been exhibited widely or been offered for sale until now, and according to Nodrum, Kemp himself wasn’t terribly enthusiastic about them. But Nodrum is particularly excited that his exhibition provides the first real opportunity for viewers to have a “systemic look” at Kemp’s early paintings.

“They have a potential to rewrite some of Australian art history, in the sense that nobody was doing work quite like this at the time in Australia,” Nodrum says.

Layered deep within the heavy, sharp lines and recurring symbols of Kemp’s paintings are investigations and interpretations of the human figure.

Kemp was fascinated by what the body could do. “He was electrified by the Ballet Russes, ” Nodrum explains, and continued to paint the human form later on, albeit heavily abstracted. These studies accompanied and complemented more existential explorations, which resulted in “an extraordinary tension” in his work.

Music was a similar inspiration for Kemp. This is evident in the titles of some of his paintings, like Music in Nature, 1936, but also in the rhythm across his oeuvre, from the outset through to the end. There is rhythm from music certainly, and also the rhythm of the universe. “You can see it even before you’re told about it,” Nodrum says.

In his later years, Kemp continued to push boundaries – most significantly the boundaries of size. His largest painting measures around 50 metres wide. We know that historically there was never much of a collector base for Kemp’s works, and their immense scale, especially in the later years, almost certainly didn’t help.

But as we now also know, Kemp didn’t create art for collectors, galleries, or an audience. It was a practice solely for himself – an outlet for him to make sense of the world. Kemp’s singular dedication and unwavering focus was a constant throughout his life. 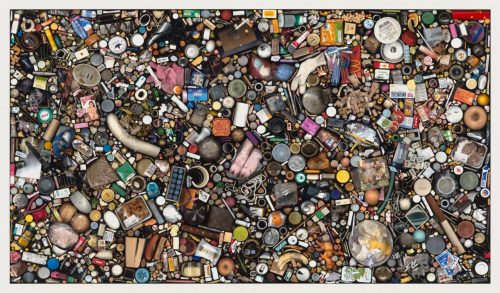 Turning Points is the third component of the NGV’s focus on China in its current program, showing alongside Terracotta Warriors & Cai Guo-Qiang and A Fairy Tale in Red Times.

Artspace is embarking on a yearlong project with no gallery, no borders and no holds barred.