Richard Bell says that as an Aboriginal man he is “statistically dead” at 65 years. As a result, he is showing in Venice at the same time as the Biennale, despite the fact that the role of official Australian representative went to Angelica Mesiti. Not sure how many more opportunities he might have, Bell decided to take his project (which made the shortlist) to Venice, funded by a private campaign and also supported by the Australia Council and Arts Queensland.

In his Venice work, We Don’t Really Need This / EMBASSY, Bell will wrap a replica of the Australian Pavilion in chains (an institutional critique through an architectural intervention), site it on a barge, and sail it throughout the Venetian lagoon. By taking himself to Venice, the artist continues his Indigenous land rights and anti-racism activism in a global context. Louise Martin-Chew spoke to Bell about gate-crashing the 2019 Venice Biennale.

Louise Martin-Chew: Richard, your pitch to be the official Australian artist for the Venice Biennale was not successful. Your private initiative, to make a replica pavilion to sail the Venetian lagoon, might suggest that you won’t take no for an answer.

Richard Bell: I was going to have an EMBASSY in Venice anyway. I thought about it for some time, and when the Australia Council opened the Australian Pavilion for expressions of interest, I named the initial proposal I don’t really need this. When it got bigger and I made the shortlist, I changed it to We don’t really need this. [The artwork title was later changed again to … no tin shack …]

LMC: What drives this project?

RB: EMBASSY is my ongoing project (since 2013) which continues the discussions begun in 1972 when a makeshift structure was erected outside Canberra’s Parliament House marked ‘Aboriginal Embassy.’

The base of it is the situation with Aboriginal people, our prior ownership of this country, and continued ownership. This situation remains totally unresolved – we will be talking about the sovereignty that exists and speculation as to what will be done in the future.

Then there is arts funding in this country, the selection process of the Venice Biennale, important discussions around that. And there is a need for a national body of visual artists. I know NAVA exists… I’d be looking for something more activist.

LMC: You have protested during previous Venice Biennales. What is important about this forum?

RB: I’ve been to every Venice Biennale for the last 10 years. I’ve mounted protests twice. I made a film there a few years ago which I will show in this year’s EMBASSY. Activity at the Venice Biennale attracts the attention of the international art world. It is the biggest art show in the world and the most prestigious.

I’m 65 and statistically dead as an Aboriginal man. I don’t know if there will be another Venice Biennale for me. It is precarious given my age. I have been wanting to do this project for quite some time. I want to continue international discourse in this area.

LMC: It is a huge undertaking. Do you need special approvals to sail on Venice’s waterways?

LMC: Are there advantages to doing this outside the Australia Council’s remit? Does it offer you the creative freedom to be the maverick you are known as?

RB: I would have got what I wanted if I had been the official artist as well. We would have ended up with an empty pavilion wrapped in chains. I believe really strongly that it is the artist who should say what goes into the pavilion. Their reputation is at stake. Nobody else should be making those decisions for them. I believe the Australia Council should facilitate, simply facilitate, what the artist wants to do.

LMC: How do you think it changes the reception of an event and installation like yours when the protest is staged in a museum as compared to within a park or on the lagoon?

RB: Most obvious is the question of budget,which has an impacton how the project is presented. This is a spectacular project. I will be showing the Australia Council that, with a smaller budget, artists can do things that absolutely match, if not surpass, what they are doing. If they gave me their budget, all my guests would be flying Business Class.

We need to behave like an industry and demand industry standards with respect to artists’ fees/wages, with respect to us getting paid every time our artworks are shown. We should be getting a payment, in the same way thatmusicians are paid when their work is on radio or television. This is one of the things that we need to be really forceful with: artists’ fees and a royalty. This is not how intellectual property works in every other industry. We need to go to the politicians and get their support to legislate.

LMC: What kind of reception do you anticipate for We Don’t Really Need This / EMBASSY, by far the biggest of your Venetian projects to date?

RB: I don’t have any expectations. I don’t have any control over that. I can control what is happening in EMBASSY and also on the barge. The replica pavilion will be 3.5 x 4 x 2.4 metres. Then there is the boat that pushes the barge. People won’t miss it in the lagoon.

LMC: To get there you asked the public for support through a GoFundMe campaign. Your practice has an inherent contradiction. You critique Aboriginal art as a consumer item while also making Aboriginal art for sale. How do you reconcile those contradictions?

RB: I’m an artist and there is the reality of survival: that is the strongest instinct.

LMC: What does the acquisition of EMBASSY by London’s Tate Modern represent? Is your artwork being colonized by being subsumed into an institution of this standing? Does it undermine your message?

RB: It is very important to have your work accepted into an institution like the Tate. I know that those big museums are trophy rooms for colonial powers. They are the individuals who have benefited the most from the underlying principle of contemporary art. My position within that? I am a spanner in the works for them perhaps. I have to navigate this dilemma on a daily basis.

The commercial reality is that political art is what I do. It is not décor or design. Political art only makes up four per cent of the market. I see that as an opportunity – to grow something from four percent to 96 per cent.

LMC: What are your plans for EMBASSY after the event in Venice?

RB: I will be setting up for the 2021 show of EMBASSY at the Tate Modern. I think the Tate is working to decolonize their collection. My practice critiques colonialism and contemporary art and how it’s positioned. So it is like the be all and end all of art on this planet which is some kind of chauvinism! Curator Maura Reilly, in her research, found that art in selected major collections is 95% white male, 4% white female and 1% is made by the rest of the world’s population. We need lots more black and brown people in these collections.

The Venice Biennale (La Biennale di Venezia): May You Live In Interesting Times
Giardini and Arsenale, Venice
11 May – 24 November 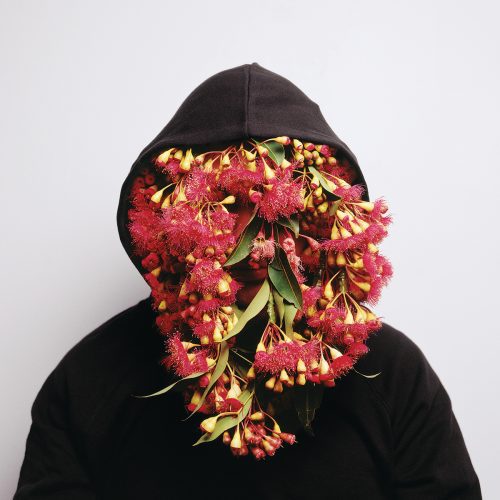 The use of his own body may be a convenient framework for Christian Thompson, but it also implies an emotional and personal investment that lends his work power and immediacy. 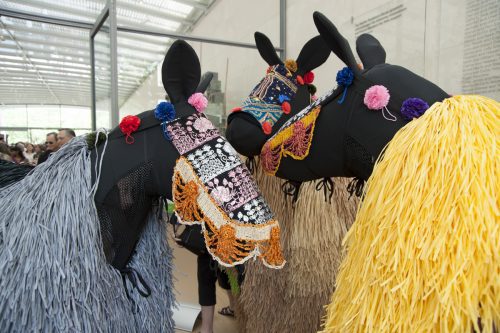 Nick Cave is known for his Soundsuits. These elaborate costumes are an idiosyncratic mix of haute couture and politics: they respond to racial tensions and inequities by both obscuring and celebrating racial identity with beads and bling.