The National Gallery of Victoria’s Triennial, a showcase of largely international contemporary art and design, is an exercise in mass spectacle, theatre and immersion. Over 100 works, many of which are new commissions, are spread across four levels at NGV International. Loose divisions into five categories create some thematic order – movement, change, the body, time, and the virtual – but the exhibition is largely compiled of disparate easily digestible works designed to momentarily awe. It is both a continuation and counterpoint to Melbourne Now in 2013, a similarly sprawling under-curated endeavour, which was a snapshot and celebration of local art, indicative of the NGV’s approach under director Tony Ellwood’s helm.

The Triennial posits itself as critical, responding to issues of the contemporary moment, but this is often overridden by the allure of spectacle and visual sensation.

The artworks on level one in particular, contained a riot of colours, and plenty of opportunities for selfie taking. Yayoi Kusama was commissioned to create a life-sized apartment through which visitors can walk and place a red oral sticker, recreating a vision that Kusama had as a child where she imagined a room’s surface covered in red flowers. Pae White’s graphic kaleidoscopic installation involves strong graphics and thread with a similarly all-encompassing ‘wow’ effect. A few rooms down, Alexandra Kehayoglous’s verdantly textured rug depicting a topographic view of two Argentinian rivers under environmental threat runs across the floor and the wall of the gallery, and allows visitors to lie on it for no particular purpose. Up on level three, amidst the historic collection, sits a colossal tumble of fiberglass skulls by Ron Mueck, referring to the universal symbol in art history, and the photographic documentation of mass graves.

With these constant assaults on the eyes I was drawn to the quieter works in the exhibition. This included art by Tala Madani whose curious, comical and absurd figurative paintings satirise the ‘white male’. Equally appealing is the collaboration between Aboriginal Bula’bula artists and designer Alvaro Catalán de Ocón which resulted in traditional mat weavings, hung from the ceiling forming lampshades. The illuminated underside of the mats are reflected in circular mirrors placed below.

And although they contain some level of morbid shock, an artistic and curatorial strategy that I’m critiquing, the incandescent The Vespers Series (2016) by Neri Oxman are compelling. Using 3D technology these contemporary ruminations on ‘death masks’, displayed in rows in vitrines, brought to mind historic artefacts, and the beauty of colourful rare bugs, albeit with a science fiction menace.

On the gallery’s top level the spectacle changes to the hefty and political in exploring the plight of refugees. This included a large-scale video installation Incoming (2015-16) by Richard Mosse. Using a military thermal imagery camera that picks up heat, Mosse recorded snippets of camp life in Greece and Germany, scenes at sea and on shore, and a horrifying sequence of an autopsy. This work could fall under the criticism of its photo-documentary predecessors: its lush aesthetic elevates the material to lofty heights, and creates a feeling of shared humanity, which is felt by the viewer then easily forgotten. However, it was heartening to see the refugee story so poignantly told to a diverse and engaged audience in a public space.

Wilson Security, who held the contract for Australia’s offshore detention centers, and have allegedly perpetrated abuse, is currently contracted at the NGV. This paradox was naturally noted; on the VIP opening night protestors blocked the gallery entrance, and a number of artists, including Mosse, changed the title of their works to Wilson Must Go.

The curatorial approach of combining the serious with the light-hearted and playful somewhat mirrors the manner in which we consume content on social media: entertainment and topical news issues are mixed together and viewed in bite-size chunks with skimming speed. It’s as if the curators are recreating an experience that we know, which feels at once clever and troubling.

With a lack of robust public discussion on the value of art, there is a temptation to equate visitor numbers with value: if people are coming in, then the art is worth funding.

And the Triennial does bring in numbers. When I visited on a Friday morning the gallery was heaving with people from diverse backgrounds. This rationale fails to interrogate these experiences’ worth – is art that functions primarily as a mere selfie backdrop or as a one-liner, good art? Perhaps an exhibition that entices with glitz and ‘accessible’ art leads audiences to works that warrant prolonged viewing, that contain nuance, contradiction, and the misery and beauty of our time. 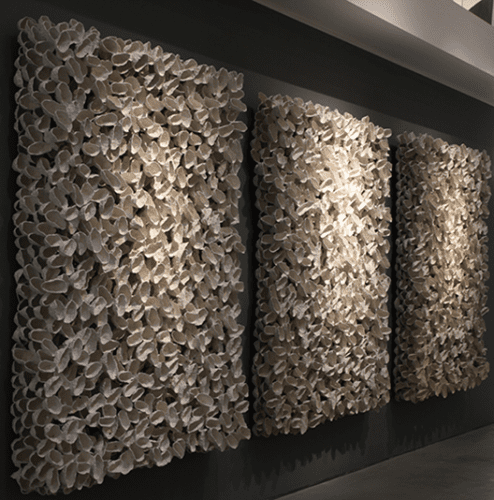 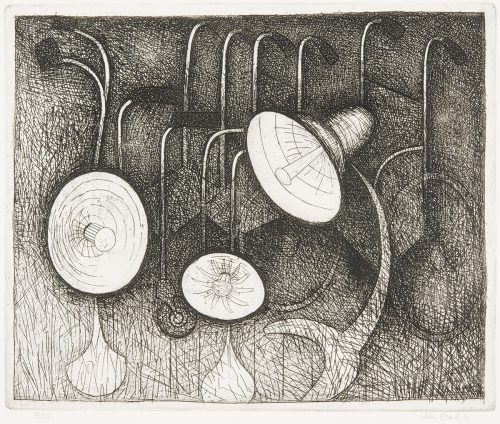