The punch lines found in Kenny Pittock’s work are almost endless. An illustration of a double power point becomes the ‘power couple’, while a drawing of a giant foot carries the tagline ‘good things are a foot’. Pittock’s work seems relatable and commands us to look at the minutiae of every life. In the latest episode of our conversation series he talks about the organic use of humour in his work, while also touching upon his upcoming drawing residency at Deakin University Art Gallery.

Pittock’s drawings, ceramics and zines are known not only for their witticisms, word play and jokes, but their simultaneous blend of humour and sentiment. There’s also a personal element to these works and Pittock often references the radius he lives and thinks within.

While the artist’s work draws upon Australian icons and culture (think ceramics of Masterfoods sauce bottles, Golden Gaytimes and meat pies) it is Pittock’s ceramic shopping lists that are largely discussed in the podcast conversation.

Initially created for the exhibition Fifty-two found shopping lists written by people who need milk (showing at Bunjil Place), the sculptures are reproductions of shopping lists that Pittock collects while working at a supermarket. Shifting between funny and poetic, the work saw Pittock win the 2017 Redlands Konica Minolta Art Prize. As Pittock says of the shopping lists, “They’re really just intriguing objects… They’re kind of like little poems or portraits.”

The artist is also known for his ceramic book sculptures, which are replicas of real books that Pittock asks authors to sign.

He now has a collection of 120 book sculptures in his studio, signed by the likes of Miranda July and Tracey Moffatt. While the sculptures are partly objects of tribute, they also have an aesthetic function. “I was trying to blur the line between what’s painting and what’s sculpture, and what’s pop art and what’s realism,” says Pittock. “When you take it [the book sculpture] into the world and it gets this experience with an author, it creates an aura.”

The artist will soon be featured in the group exhibition Suburbia at Cement Fondu (a new Sydney-based gallery), and will also take part in a one-week drawing residency at Deakin University Art Gallery. Titled The Drawing Room, the residency forms part of a larger exhibition where a series of artists – including Anastasia Klose, Euan Heng, and Zilverster – each spending one week drawing at the gallery. 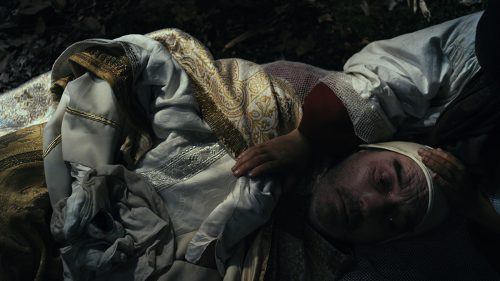 French artists Fabien Giraud and Raphaël Siboni speculate on the future of us, and the solar system, in a two part special at Mona. 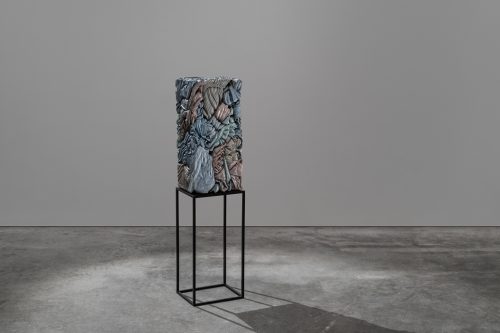 What does your life weigh? This is the unspoken question that resides at the heart of Alex Seton’s exhibition Cargo at Sullivan + Strumpf, Sydney.