Undercurrent is a series of liminal photographic landscapes opening at the Koorie Heritage Trust. Created by Peta Clancy, a descendent of the Bangerang nation in collaboration with the Dja Dja Wurrung community, it seeks to broaden how we acknowledge the Frontier Wars and massacre sites which scar country. Timmah Ball spoke with the artist about the series of photographs, which depict massacre locations often hidden beneath water.

Timmah Ball: How did you first approach working on Dja Dja Wurrung country?

Peta Clancy: My links are to Bangerang and Yorta Yorta country. My great grandfather was born on the Cummeragunja Reserve, but then came to Melbourne. Growing up my grandmother didn’t really want to talk about things that happened to them; there was too much pain. But more recently I’ve reconnected with that area and met people and relatives which has been really important.

So when I first started the residency, which formed the work in the exhibition, I imagined visiting every site on the Victorian Aboriginal Massacre Map at the Koorie Heritage Trust. I wanted to feel every site and then obviously realised that I couldn’t do that.

So I contacted different communities and the Dja Dja Wurrung were really receptive and supportive. I gained permission to be on their country from Rodney Carter the CEO of their Aboriginal Corporation and through a Cultural Heritage Permit. We then put a call out to the community and Mick Bourke and his cousin Amos Atkinson got in touch. They had been researching the area for 15 years. Mick and Amos were so open and willing to share their knowledge with me, which was really special. Getting their permission was so important because it’s not my story, they needed to have a voice in the project and we worked together.

TB: How did you respond to the deeply painful aspects of this work?

PC: Growing up my grandma always said to me ‘I don’t want to talk about that, love. I don’t want to bring back the past.’ It’s a big load, it’s important work but also exhausting. When I first started reading archival records I could only do small segments otherwise it felt too overwhelming.

In the end it was something that I needed to talk about but it was also terrifying, even just bringing it up with other Aboriginal communities and asking them for permission was difficult. You have to understand that some people might not want to go there or feel ready to talk about it.

There was a point where I almost gave up but Charlotte at the Trust really encouraged me to keep going.

We never directly went on sites; we were always a step back. But there were challenging moments when we went into areas in the Barmah National Park where some of my ancestors lie. There were also massacre sites, which we saw where Mick’s ancestors are.

I think going to these areas as an outsider would have been terrible. Building connections with the Dja Dja Wurrung was really important. I started to think it was okay for me to do this. But it was still terrifying working out what to do and how to approach it. It was vital for me to go with elders and community first, which required building trust. Their generosity was incredible and the only way I could do this work. But what has become more important is sustaining these connections. Mick and Amos told me that people often come to them wanting to find out information and then leave once they’ve got what they need. For me it was about keeping and sustaining our connection.

TB: Recently there has been a significant focus on memorialisation and how we should address the magnitude of Indigenous loss and survival. Were you thinking about this and projects like Brook Andrew’s Representation, Remembrance and the Memorial?

PC: I’m familiar with Brook’s project and attended part of the symposium last year. I think my work is a response to what is happening, and I am grateful that both of these projects are community led.

There are complex issues that go with this, like emotional readiness, so it has to really come from communities first. Memorialisation does different things; public art for example brings awareness to the broader community and other non-Indigenous people, which is important. Or even just having markers that speak to what happened instead of statues commemorating Bourke and Wills is important.

There are so many areas along the Bendigo Highway where scar trees and other sites of cultural significance were altered before the Victorian Cultural Heritage Act was established in 2006. Can you imagine all the sites, which were erased? You just don’t want to think about it.

Some of the sites we visited were on country that is now under water. The area, a river bank, was flooded during the 19th century when a weir was created. I started thinking of it as a metaphor for the hidden nature of all of these sites, where so many of them have been erased.

But what was really interesting is that Mick works in fire management and conducts traditional burn offs. He had been to many of these areas and wants to organize burning ceremonies as a process of healing for community. This becomes a personal acknowledgement rather than just a plaque or a statue.

TB: How do you hope people will respond to Undercurrent?

PC: Firstly, I’m really happy that it’s showing at the Koorie Heritage Trust. Mick and Amos are bringing their families to the opening and I hope it connects with other Aboriginal communities too. I think it also depends on how open people are to looking at these images, I respect that it’s difficult. For some people it directly connects to their ancestors, which is painful.

White Australians often don’t know what to say or how to respond. When I started this project three years ago I often talked to people who had never seen the massacre map before or even thought about it. So it also has the potential to bring further awareness. 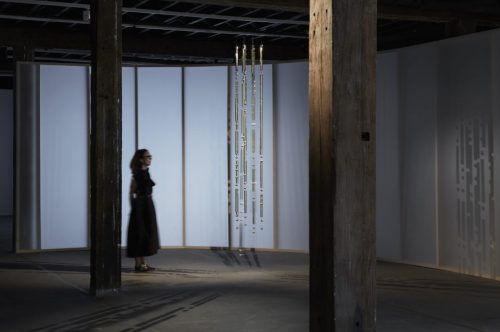 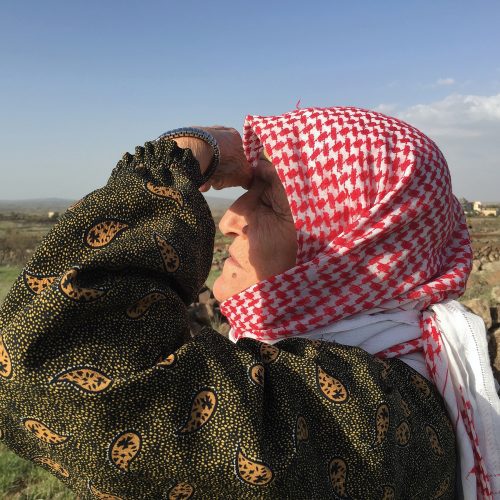