Created by The Macfarlane Fund, a new philanthropic fund established to honour the life and artistic ambitions of respected Melbourne-businessman Donald (Don) Macfarlane, the $50,000 award was instigated to recognise the artistic practice of a senior Australian artist and their ongoing cultural contribution and commitment to leadership in the visual arts.

Chosen unanimously by an advisory committee that included senior members of Australia’s visual arts community, the prize was awarded to Brassington for her experimental and innovative approach to photomedia in a career spanning four decades.

With a practice influenced by notions of the unconscious, the artist is known for her interests in surrealism, feminism and psychoanalysis, and for her enigmatic photomontages that examine narratives of sexuality, memory and identity. Her work has been extensively exhibited in national and international group exhibitions, and is held in major state, university and national collections throughout Australia.

“I aim to pitch my images just off the verge of normality, into those dense patches where commonplace goes awry,” the artist says.

The Macfarlane Prize is the first initiative for The Macfarlane Fund, which will soon launch The Macfarlane Commissions, a biennial series of exhibitions featuring new commissions by mid-career contemporary artists to be developed in collaboration with the Australian Centre for Contemporary Art (ACCA). ACCA will announce the selected artists in November. 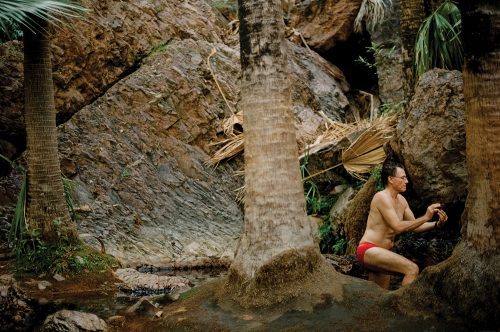