There are parallels between installation art and the Internet. Both resemble reality but are distorted versions of it, and as viewers we are not simply observers but are embedded within these mediums. We often navigate through them with a loose but set path – our route through an installation might be nudged along by cues from the artist, while on social media, algorithms direct us to content to consume, feeding our preferences back to us and creating myopic echo chambers. The viewer is also victim in these spaces.

Open Window, an exhibition by the artist collective Gavin Bell, Jarrah de Kuijer and Simon McGlinn at West Space in Melbourne, consisted of altered interior architecture, sculptures and wall works. These were preoccupied with human behaviour and control: algo- rithmic social scripting, and the blurry division between public and private realms. Our implication in the exhibition (and the Internet) was foregrounded before entering. The gallery’s doors were lined with a mirrored surface, forcing us to face our reflection. Once inside, a vaguely eerie ambiance rife with elastic meanings and wry humour was revealed.Windows, bird feeders, a casket, cartoon mascots, a cage and a chimney were some of the objects that created ripe metaphors which weaved from and through the artworks. These ideas formed layers which at times aligned to make perfect sense – divulging contemporary truths, while at other times, the meaning remained impermeable.

‘Open window’ alluded to the window as a threshold: marking the division of private and public space yet also allowing a connection to flow between the two. The most overt physical thresholds in the exhibition were the walls in the gallery which had either been constructed by the artists as vertical metal beams with about a metre between each. Meanwhile, pre-existing walls had parts of them removed creating a view through them which lead to slight disorien- tation when navigating the space.

Walking through the show felt like being in an early, low-tech video game. Within each constructed ‘room’ sat one to three sculptures, either sourced or fabricated on the artists’ instruction.

In total there were 13 sculptures comprised of hollowed-out forms that bore traces of 90s cartoon aesthetics (for example, a tortoise shell reminded me of Ninja Turtles) – these were collectively called Bird Feeders, followed by their literal descriptions, such as Casket, Chest and Butter Churner. Encountering these works was like stumbling on an object in said game (a treasure chest recalling Nintendo’s Super Mario Bros. was one of these objects) and not knowing what to do with them except, of course, consider them as artworks. As objects of contemplation they leered back with garishness and opaque meaning. In an interview the artists explain the notion of ‘bird feeders’ as a space that requires a reciprocal exchange, much like the virtual world where content is proffered, and data is extracted. The stand-out sculpture (and, somewhat ironically, most Instagrammed) was a promotional figure for Ritalin from the 70s. Made of polystyrene and sitting below hip height, one side showed a beaming face in green, the other an anxious face in blue.

This figure created a connection between the decreasing attention spans that our phones allegedly induce and the focus that this pharmaceutical drug provides.

Also in the show were nine monochrome wall works made from the same material as archival storage boxes (used to store museum works). These were treated with a grey pigment and overlaid with an image printed on plastic. Their construction harked back to analogue photography, specifically photograms, but were conceptually updated for the current period, considering how we now receive most information through light sources – on the backlit screens of our computers and phones. UV light was then projected onto the works, which faded parts of the surface.

The artists’ previous exhibition at Gertrude Glasshouse (the artists in the collective are current Gertrude Contemporary studio artists) titled Entertainment is Like Friendship also contained works made in the same unique way with the imagery predominantly screen grabs from the Netflix app. In Open Window the graphics related to algorithms and were combined with windows and more obscure historical images like the Greek monster, Hydra. These works created a ghostly presence, alluding to the sheer volume of ‘archival’ material on the Internet, and, through their faded surfaces, our right to be forgotten. 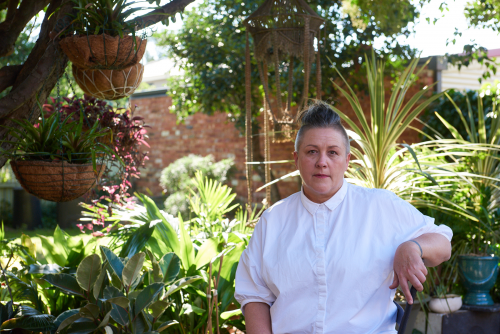 Elvis Richardson is known as a feminist artist and activist. But when she met writer Anna Dunnill they discovered that they both also have a passion for crime, or at least detective stories. 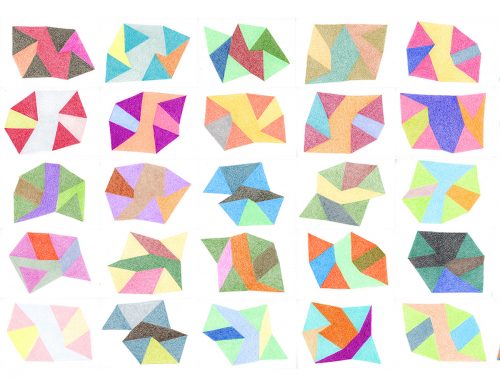