“I am interested in the relationship between cinema and painting,” the Sydney-based artist explains, specifically, “the affinity the two mediums share, the influence painting has had on the moving image, and, in return, the influence the moving image has had on painting.” It was perhaps inevitable, as a painter who has been working with imagery from films for the last eight years, that Smith would be drawn to Akerman’s oeuvre: the filmmaker was known for her painterly tableaux.

Akerman’s work has also been described as having an Edward Hopper-esque quality, something that is evident in Smith’s moody paintings too. As in Hopper’s cinematic scenes, her figures seem solitary, even when they aren’t alone. A barely perceptible sense of melan- choly pervades her canvases.

While painting is usually seen as a static medium, and film is all about the moving image, for Smith, painting also has a temporal component. “The process of translating film stills to paint allows me to focus on, and draw out, fleeting moments within the moving image. I am preoccupied with the process of painting, with repetition, and with the passing of time,” she says. “I would like to make a movie someday. It would be a movie about painting. It would be a painting.” 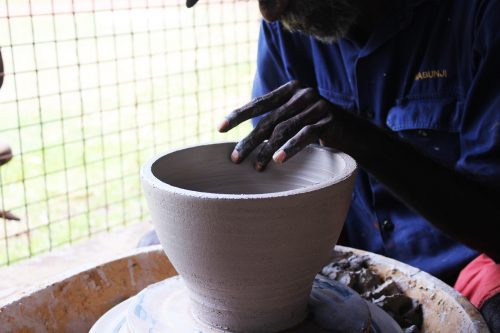 Presented by Sabbia Gallery and the Remote Communities Ceramic Network, Clay Stories brings together ceramics from 22 emerging and established Indigenous artists who work from remote Australia. 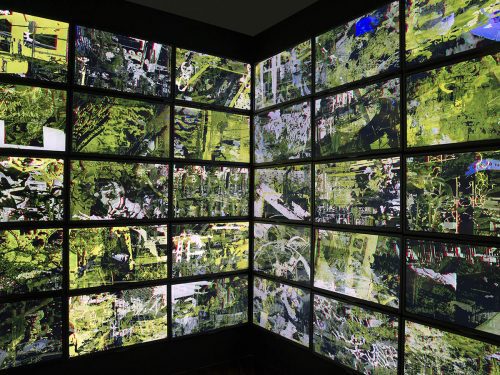 Khaled Sabsabi migrated to Australia with his family in the early years of the protracted and bloody Lebanese civil war (1975-1990).