On 25 March the Federal Government decreed that cultural institutions nationwide had to close their doors. Even before this announcement several major Australian galleries, museums and artistic events had begun to boost their online platforms with fresh video and virtual experiences to nourish audiences compelled to practice self-isolation and social distancing during our current COVID-19 outbreak.

The National Gallery of Victoria (NGV) was ahead of the curve, both in shutting its physical doors on 16 March and opening up its online innovations. Director Tony Ellwood tells Art Guide that the initial Collecting Comme virtual fashion tour was “created especially for this situation,” followed by KAWS: Companionship in the Age of Loneliness from 28 March. The next virtual tour will be of the Keith Haring and Jean-Michel Basquiat Crossing Lines exhibition, from 4 April.

“We were more active virtually than we traditionally would be,” says Ellwood. “That has been one of our priorities [during the coronavirus outbreak] – not only looking at what content we had, but how we could quickly generate more, in case we find ourselves closed for a long period of time.”

The NGV began digitising its collection six years ago, and 90 per cent of their works are now available to view online. When that process began, the arts sector was still “conservative” about digitising, worrying that putting works online would somehow replace the real experience, says Ellwood.

While the gallery chiefs argued digitisation enhanced understanding of the collection, the NGV “never” envisioned the public might one day be accessing this digital collection as a result of a major disaster blocking their access to the physical works, he says.

In Sydney, the Sherman Centre of Culture and Ideas (SCCI) also made the call early to cancel the physical 2020 Fashion Hub. Instead, from 1 April they will present the event as an online hub. While planned international keynote guests had to be postponed indefinitely because of the ban on international flights, pre-recorded video conversations filmed in a pavilion at Sherman’s house in Centennial Park have put the accent on an Australian line-up.

The SCCI’s founder and executive director, Gene Sherman, who delivers the keynote on crisis and creativity and conducts a conversation with TATE director Frances Morris, who was filmed at her home in London, says the challenge has been the “heart breaking” loss of the great social mixing of creative minds in person, as well as implementing appropriate social distancing between moderators and interviewees. The Sherman family has to be particularly careful about potential COVID-19 exposure because Gene’s husband and fellow philanthropist, Brian, has Parkinson’s disease.

The silver lining is a potentially greater international audience for the hub, with visuals and content added about particular designers and other creatives. “We enriched the content in ways we couldn’t have done if we had live-recorded or had an audience on the spot,” she says.

Guests at the online hub include Dr Vivian Bi, author of Bright Swallow, a memoir of her life during Mao’s cultural revolution, interviewed by Jane Kwiet, a translator and teacher with Sydney’s Ascham School. “This being a fashion hub, everything gets back to textiles, costumes and clothing, but all clothing during the cultural revolution, 1966 to 1976, was standardised,” says Sherman.

“Grey, shapeless, baggy, desexualised – any kind of colour or adornment was considered poisoning the state and a direct threat to Chairman Mao, and punishable by death or by torture or removal to somewhere in the gulag. So clothing became a symbol of conformity and uniformity. It’s a most wonderful talk.”

Originally due to open in early May, the Head On photo festival also made a quick decision to postpone their physical event and move online. Now Head On will likely also attract a greater international audience this year by placing all of its selected entries for its portrait, landscape and student prizes online for the first time from 1 May. Festival director Moshe Rosenzveig said some of the images could be up online before that date as a sneak peek of the main event, and there will be webinars, artist talks and panel discussions as well.

“We have a very large audience overseas already, but we’re able now to have a more interactive structure on the website, so people are able to get more out of the exhibitions,” says Rosenzveig. “The audience we reach will probably be larger partly because people are locked at home and want to do some meaningful things once they finish worrying about the virus and once they’ve binged on streaming movies.”

A public exhibition is still tentatively being planned for November 2020, contingent on public health directives at that time. While all the Head On entries were submitted last year, Rosenzveig notes that a lot of photographers are currently either locked down or have lost jobs, or both. Some photographers are seeing this epoch however as a time to do creative work. “Creative people are not going to stop because someone tells them to stop,” says Rosenzveig. “Quite the opposite, probably.”

Head On will be “engaging with our audience about the pandemic as well,” he says. While details have not yet been fully worked out, there are plans to exhibit photographers’ work online, showcasing life in the shadow of the coronavirus pandemic.

On 24 March, after just 10 days of being open to the public, the 22nd Biennale of Sydney, NIRIN, closed all of its exhibitions which showcased some 700 artworks by about 100 artists and collectives across the Art Gallery of NSW, the Museum of Contemporary Art, Artspace, the National Art School, the Campbelltown Arts Centre and Cockatoo Island.

They are now in the process of creating an online “virtual” Biennale with walkthroughs of those sites, live content, podcasts, curated tours, and interactive Q&As, as part of the Google Arts and Culture Platform. The first stage of this online version of the Biennale will be launched in the first week of April.

Closed since 23 March, Canberra’s National Gallery of Australia will be adding walk-through tours of its Matisse & Picasso, Hugh Ramsay and Xu-Zhen: Eternity vs Evolution exhibitions, on dates yet to be decided. “Now, when the simple act of people coming together is difficult, we will develop new digital pathways to share our exhibitions and the national collection, engage our audiences both young and old, and inspire people to be creative,” says director Nick Mitzevich.

So many of you missed out on seeing Matisse & Picasso, and you really wanted to see the exhibition space – the fierce colour and ambition of both artists is an wonderful thing to behold. Take a turn through #MatissePicasso with us as we #MuseumFromHome

A post shared by National Gallery of Australia (@nationalgalleryaus) on Mar 24, 2020 at 1:01am PDT

White Rabbit Gallery closed 25 March, but they had already created virtual tours online, too, including Then, celebrating the first 10 years of the gallery with works drawn from founder Judith Neilson’s private collection, as well as its more recent 2019 exhibition of contemporary Chinese artists, Cold Blood.

The virtual filming is turned around for online quickly, says curator David Williams. “We’ve only done four shows, but it’s been quite successful. It’s very timely now for international audiences; people will be able to explore past exhibitions online. In very trying times with people stuck at home, at least they can get to White Rabbit online.”

There are plans in the coming days to make a virtual film of the current White Rabbit exhibition, And Now, provided the filming crew are able to make it into the now closed gallery, social distancing notwithstanding. 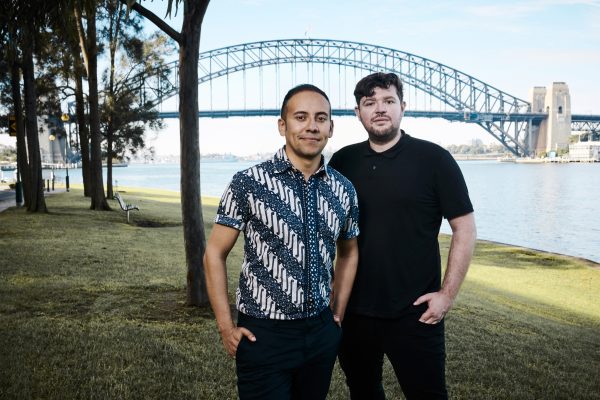