Focused, wise, introverted and frugal: Robert Klippel, the Sydney sailor who rose from making models in the naval gunnery during World War II to become “one of the few Australian sculptors worthy of international attention”, according to critic Robert Hughes in 1964, was also very present in the moment, says the artist’s only child.

“He’d look at you very intensely when you talked, and you got the feeling you were the only person in the room,” says music entrepreneur Andrew Klippel, who remained very close to his father after his parents’ split in 1970. “He applied that same approach to his work.” Andrew spent weekends and holidays at his dad’s home in Birchgrove, where they often made sculptures together.

Robert Klippel’s obsessive nature meant he turned out many intricate bronze, steel and wooden works, although his own father, Alec, who ran successful haberdashery and tie businesses, didn’t understand his son’s interest in abstract sculpture. “He just thought Dad should make money, you know?”

Robert’s bourgeois parents liked ornaments, finery and tidiness, but as an adult the sculptor thrived in his own messily busy home in which, say, a huge piece of wallpaper in his bedroom would remain peeled halfway down the wall for years. “Dad would look at that and just say, ‘Where else can you get this? It’s just beautiful.’ He always liked how things were when by accident they were falling to pieces.”

Klippel studied at London’s Slade School of Art, and then lived in Paris, in the late 1940s. Natural history on display in museums and the experimental spirit of Europe’s artists were crucial to the shapes Klippel would draw endlessly, forming his art vocabulary and the early, figurative phase of his career. A fellow Australian, surrealist painter James Gleeson, was an early collaborator in London, and in Paris the pair met André Breton and other French surrealists.

By 1950, Klippel had run out of money, so he returned to Sydney to work in the family business. “He was also an introvert,” says his son, “and he felt a lot of being an artist over [in Europe] was a charisma game, and he didn’t relate to that part of it.” Here, Klippel gravitated to Australian abstract artists, such as William Rose, John Olsen, John Passmore and Eric Smith, with whom he exhibited. By night, he did courses in silver soldering, welding and panel beating.

“World War II-style, you know what I mean? Baked beans and cheap food, all stored away for years. Only heating one room. He didn’t care about money at all.”

Surrealist, cubist and constructivist aesthetics would make a lifetime mark, however, alongside a fascination with mechanical forms, harnessed to unconscious visions. In 1957, after marrying for the first time, Klippel went to live in New York, and while his creativity and notoriety flourished there, he was still averse to self- promotion, even while looking on as image-conscious colleagues were getting high prices for their works.

Minimalist trends in sculpture would leave Klippel unmoved as he played with scale and intricate detail. He gathered junk machine parts such as typewriter bodies, to rework in all their complex glory. In 1961, his sculptures were exhibited with works of Picasso, Braque and Miró at the Museum of Modern Art in New York. He returned to Sydney in 1963, where experiments with bronze later that decade would yield many of his signature works.

Five of Klippel’s sculptures will be shown at Sydney Contemporary this year, as well as works on paper. The biggest work is a table, adorned with 93 coloured cardboard reliefs, on which the sculptor worked for almost a year, in 1980. There is also a 182-centimetre bronze sculpture from 1987, a mature work in the unmistakable style of Klippel, as well as a much smaller steel sculpture. The works are from the artist’s estate, which Andrew handles.

Did Klippel feel he got the international attention the critic Hughes said he deserved? “No, he didn’t get that in his lifetime,” says the artist’s son. “I think it mattered to him, but not a lot. If it had mattered to him to a large degree, I think he would have stayed over in New York…

“His only bar that he would accept was that he could make enough money to live on; that was the only ultimate success for him financially. He wasn’t a man of expensive tastes at all. Very frugal. World War II-style, you know what I mean? Baked beans and cheap food, all stored away for years. Only heating one room. He didn’t care about money at all.”

Robert Klippel died on the day of his 81st birthday, in 2001. His partner for the last 28 years was fellow artist Rosemary Madigan.

Given some of the works being exhibited have never been on the market before, what keepsakes remain around the home of Robert Klippel’s child?

“A lot of beautiful works on paper,” says Andrew, “and a couple of bronze sculptures. I change them around a bit. I have a lot to choose from. There’s a few favourites I’ve had on display ever since Dad gave them to me when I was 12 years old.” 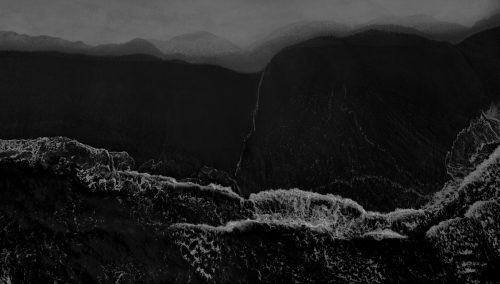 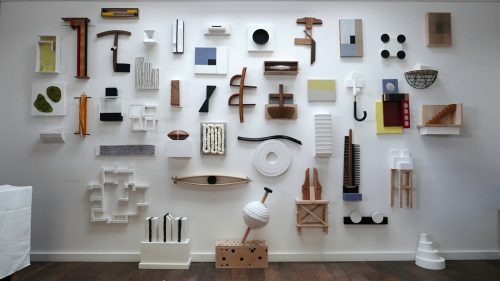