A full-scale skeletal frame of a house and a restored 1970s truck stand in close proximity to each other. Inside and around the house-frame are prints, photographic stills, various objects and a series of films. The films show things like a car continually falling in the sky and never hitting ground as well as someone rolling down a mountain, clutching a camera to their chest. Brought together, these seemingly disparate mediums and elements form the scene for Andrew Sunley Smith and Daniel Egger’s latest installation, Migratory Projects: House Drag / Maquette.

Showing at PS Art Space, the exhibition is the second instalment of the duo’s three-part Migratory Projects, which, as the name suggests, broadly deals with the aesthetic representation and experience of migration. Originally conceived around 2000, Sunley Smith now says of the project’s initial creation, “I was doing practical useable artworks, designed for life. The project came out of a need to produce work that wasn’t just about aesthetic contemplation and was also reacting to often benign representational art.” Egger was undertaking similar experiments and the pair began a collaboration in which ongoing project elements develop and interact. For example, this particular project includes facets of previous works and already foreshadows the third instalment: a vehicle will eventually drag the house apart.

Yet despite the scale at which the artists work, their installation centres on direct and personal experience, as well as empathy. “By using familiar domestic forms you can relate the works and effect different social and economic strata,” explains Sunley Smith. “This project with a house is of course a symbol of belonging, status, centre and safety.”

At the same time, the exhibition also questions the stability of the most familiar and safe forms we believe in: buildings, architecture and homes. This points to the centrality of Migratory Projects; migration. As the artist says, “The personal outcomes and effects of migration are interesting to me because I’ve done it many times.” Going further, House Drag / Maquette also speaks to our current times and how we understand and represent global movement and diaspora. “Migration for anyone is often not always a saccharine/positive thing and it’s becoming more tense too, with border forces and nationalism on the rise internationally,” points out Sunley Smith. “I think much of our work aims to represent the often overlooked transitory realities of the migration experience; an attempt to fix it into form.” 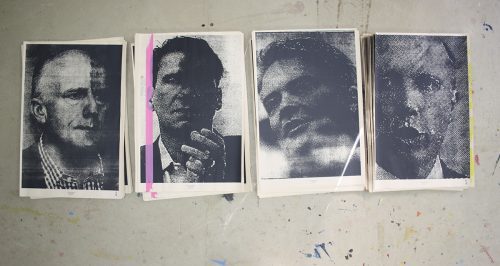 It was Walter Benjamin who said that artworks have an aura: a quality to do with imagined closeness to the artist. 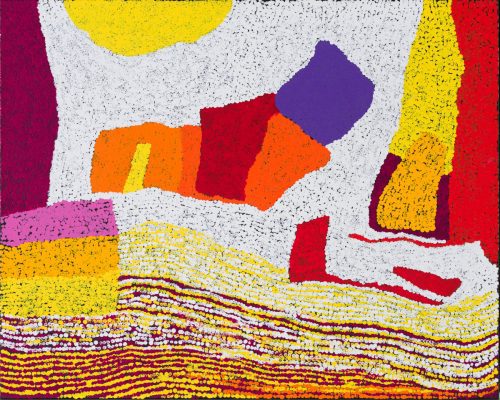 “The gallery spaces are flooded with energy; it is an amazingly uplifting and joyful feeling,” Terence Maloon exclaims. “I know that that sounds like a strange thing to say, but I can swear it.”